Whether you are happy employed, "between jobs," or suffering from habitual unemployment, it's helpful to be conscious of the image you are projecting during a job search. There is real potential damage to job seekers who appear desperate, with two rather simple explanations.

What if a recruiter called you about a job and rambled on for an hour without taking a breath, saying the hiring company is the hottest around and are a much better employer than Facebook, Google, Amazon, Microsoft, etc.? Then they emailed you when the call ended to reiterate the same information. You might feel this recruiter is pushing pretty hard, and it might make you a bit skeptical about the job. Suppose the job at this company isn't a great fit for your background, yet the recruiter insists that you should interview anyway. Suspicious? 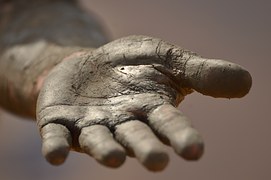 Try to picture this from the other side. Applicants should state their qualifications, but should also use some discretion to prevent the appearance of overselling.

What NOT to Do

The video above is from the comedy "Swingers" where the main character Mikey calls a woman he had met at a bar earlier in the evening and ends up leaving several awkward voicemails. Later in the movie Mikey and his friends debate the optimum wait time between meeting someone new and contacting them to ask them on a date.

Even if confidence doesn't come naturally to you, you need to recognize during job searches where genuine interest by a qualified candidate may be mistaken for desperation, and to balance a general interest in finding work with maintaining your dignity. There are clearly times when a job seeker is at a competitive disadvantage, but displaying confidence in your marketable skills (and honesty about weaknesses) is helpful to both get better results from applications and improve your position in any negotiations.