When you think of fishing, you're probably thinking of a fairly tranquil, low tech enterprise, undertaking ostensibly to escape from technology, involving a rod, fish hooks, bait, and a case of beer. But, if you need any proof that there's (almost) no industry or activity left untouched by the Internet of Things, this is it.

Today, technology enables fishing fans to find the best places to fish using data science rather than luck or recommendations from fellow anglers. Lithuanian company Deeper has created a range of products that scan for fish via a small device that can be attached to your fishing line and dropped into the water from a dock or cast out from the shore or a boat. Information from the device is then transmitted to a corresponding mobile phone app via Bluetooth connectivity. The data enables you to monitor the water temperature and subsurface activity, such as the location of fish and vegetation and can distinguish between clumps of bait and actual fish. I met with Chief Innovation Officer, Donatas Malinauskas, to find out more about their products and the company. 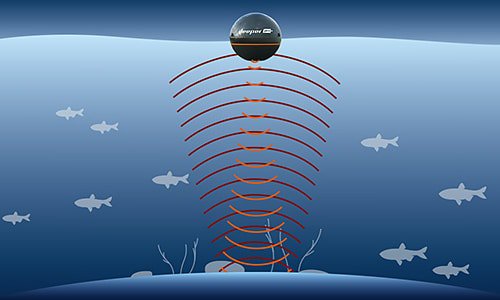 Operation of the Deeper fish finder technology is based on echolocation (the same echolocation system bats and dolphins use) and wireless Wi-Fi technologies. A sonar device sends pulses of sound waves down through the water. When these pulses hit objects like fish, vegetation, or the bottom, they are reflected back to the surface. The sonar device measures how long it takes for the sound wave to travel down, hit an object, and then bounce back up. This information enables the device to judge the depth of the object it is reflected off of. It also measures the strength of the returning pulse — the harder the objects, the stronger the return pulse.

Once a returning pulse is received, another one is sent out. Because sound waves travel at roughly one mile a second in water, sonars can send multiple pulses per second. The Deeper PRO and Deeper PRO+ send 15 pulses per second. The returning sound pulses are converted into electrical signals and then displayed, showing anglers the depth and hardness of the bottom and any objects in between. The DEEPER PRO is the only castable sonar in the world with inbuilt GPS. A user can enable Onshore GPS mode and, then, cast out to create detailed underwater maps of any spots. 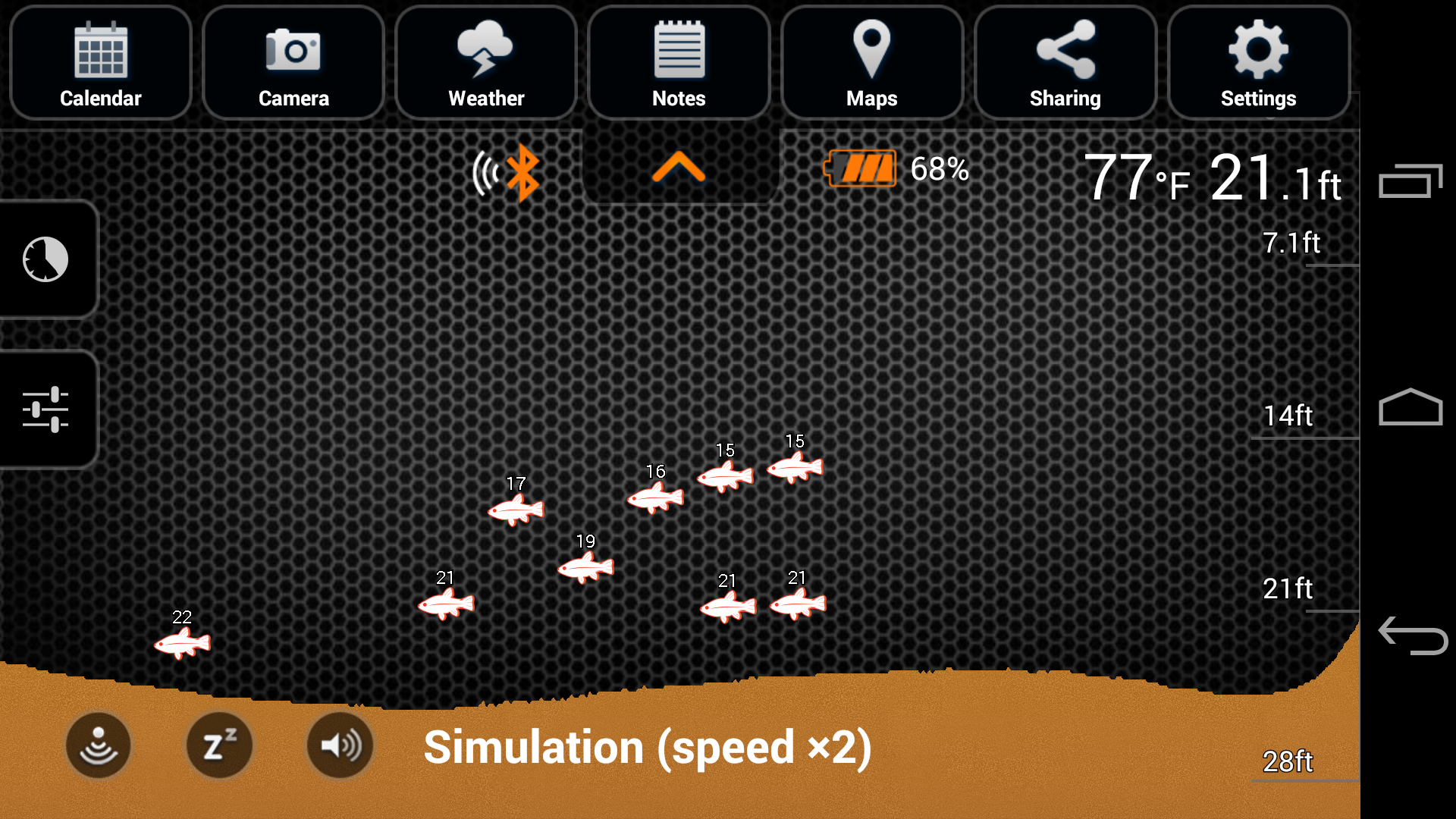 The corresponding app includes a Solunar Forecast Calendar and advanced Weather Forecasting. Anglers can log every catch and record notes on each location and run  Simulations for standard mode, boat mode, ice fishing mode and onshore mapping to see how the sonar functions on the app work. Data can be shared amongst the angling community.

Being fairly ignorant of the intricacies and politics of fishing, I was curious to know if using a sonar fish finding was cheating. Donatas explained that "it's not cheating; you still need to catch the fish; you still need to find a proper lure; you still need to know the if the fish are actually feeding, etc." Donatas further detailed that one of the use cases of their technology was in US angling, a competitive sport where its use enabled organizers to find an appropriate location from events where "they are looking for specific features such as particular vegetation." It's not the only example of sonar tech in angling, but the portability of the device is unique as many anglers rely on tech that clips onto bigger boats and lacks portability. 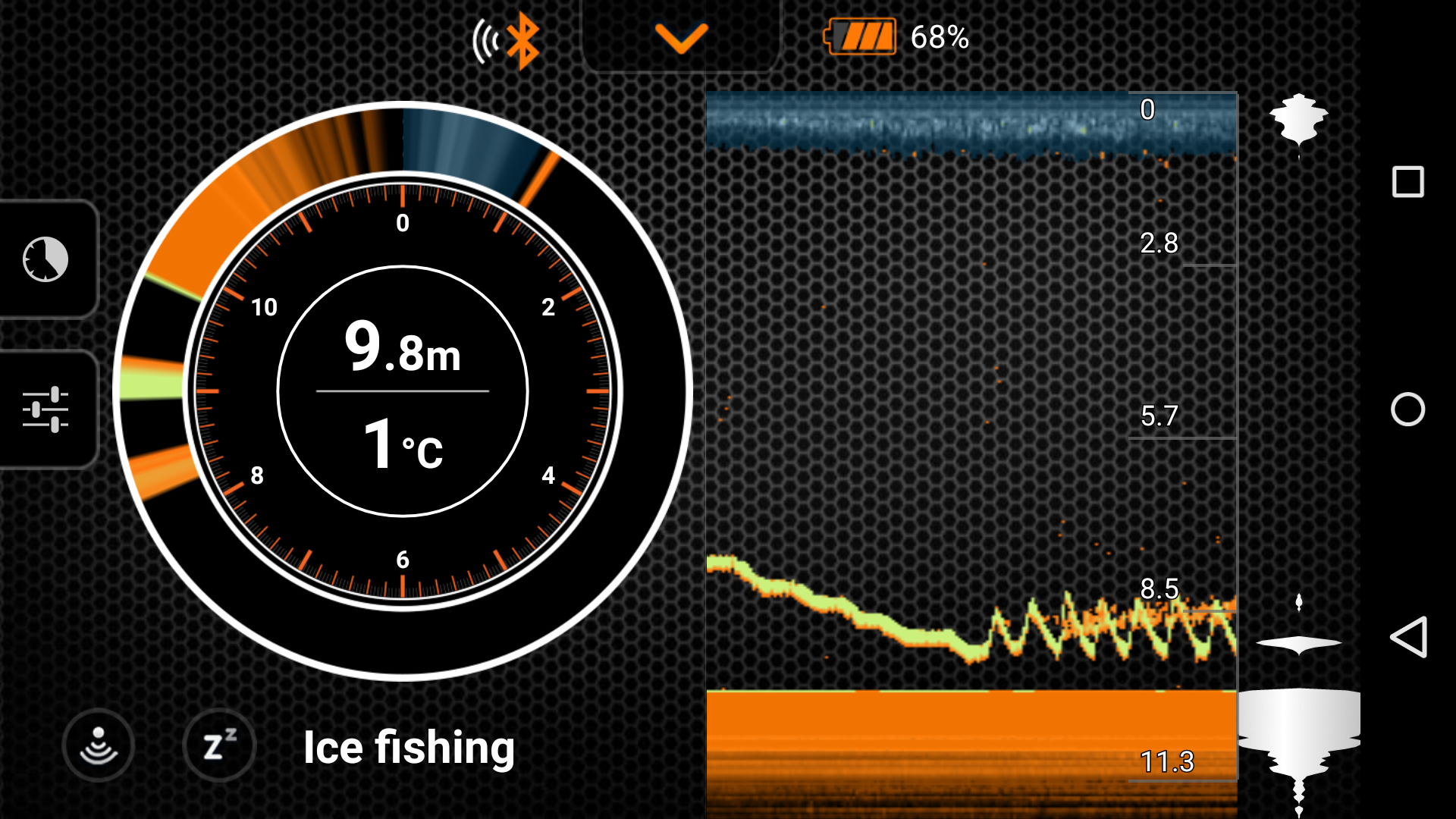 The tech offers almost real-time latency that travels in milliseconds, which Donatas explained is "very important for example, in ice fishing where fish are not feeding often so you need a precise location." The company creates specific products for bank fishing, ice fishing, kayaking, and boat fishing.

According to Donatas, product development enabled over 300 hours of testing in the wilds of nature — a process he admitted was very enjoyable — as well as significant lab time recording and analyzing data, updating data and algorithms, developing mapping capabilities, etc.

Their products have been well received, and Donatas shared the story of an 80-year-old angler who was interested in the sonar tech but didn't know how to operate a smartphone. So, he bought it into their office so they could (gladly) offer first-hand assistance. He now enjoys using the technology to enable him to find the best fishing spots and is one of Deeper's biggest champions.

Deeper's efforts to bring tech to fishing have resulted in numerous awards and widespread praise from the angling community.

In 2016, the Deeper Smart Sonar Pro + received the Innovation Award for best Wireless Handset Accessory at CES 2016, and they received an award for Lithuania’s Most Successful High-Tech Company from the country’s president. It's a great example of how innovation can come out of anywhere and creating a product where there's a demonstrated need is key to startup success.