Scrum Master's task loads often vary and are dependent on the team and its current dynamics. The 4 major stages of team dynamics and the corresponding relationship of expected performance level can be expressed as the following picture: 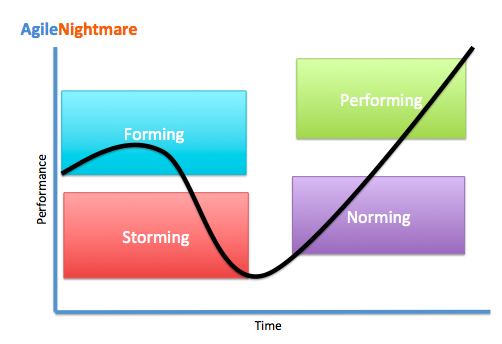 A Scrum Master must be able to recognize in which stage his/her team is currently at. The team dynamics not only have a relationship with the Scrum Masters' workload but also it enables different types of tasks. The team stages are not permanent for any team. If a team achieves reaching the performance stage, that does not ensure that the team will maintain that stage forever.

Often a team conflict creates disruption in a well-functioning team and may eventually lead to the team falling back to Storming phase. It is strongly advised to resolve the conflict as soon as possible, empathetically. Even smallest issues may, in the long run, cause more permanent damage, like lack of trust.

Below, the table shows an example that can be used to identify different stages of a team and the Scrum Masters' possible tasks with respect to team stages. 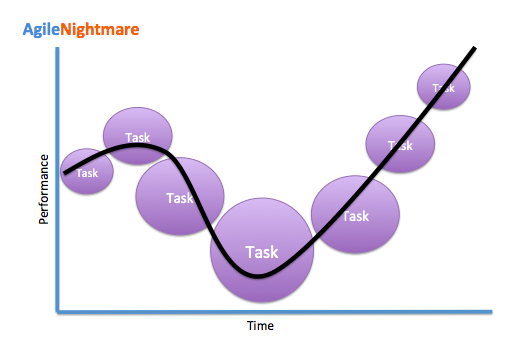