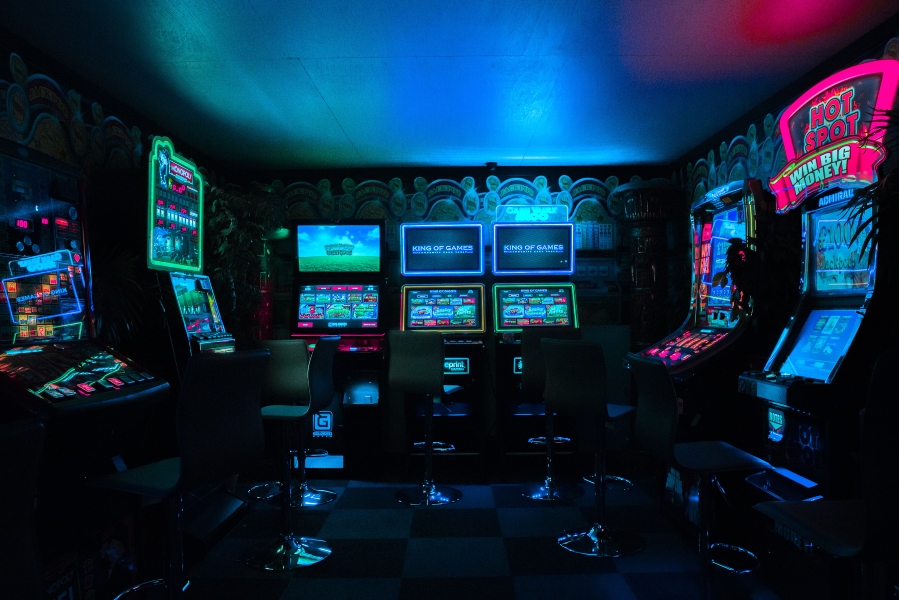 The evolution of gaming and technology has been a colossus affair with each taking a step forward in the direction shown by the other. The seeds of growth, innovation were sown and foreseen a long ago.

It has traveled a distance far away from tying us down to giant devices to shrunken into the palm of our hands. Does it sound eccentric when you ask a 50-year and 20-something about their favorite pastime, and they include gaming as one of the options?

We need to brush our knowledge to set the facts clear; Atari wasn't the first game console to make it to the history books. It was "Brown Box" developed by Magnavox (1972). Don't we like to remember the successful ones as the pioneers? A flawed human characteristic!

The failure of the first game console due to lackluster marketing and absence of public enthusiasm. Take it or leave it, that's the sad story of the introduction of a game console to people of this planet.

You may also like: Game Development: Building Immersive Worlds.

The Atari and Arcade Gaming: The Birth of Gaming Culture

Sega and Taito were some of the first companies in the gaming industry with their development of a couple of electro-mechanical games. Then, came the historic moment. Nolan Bushnell, the creator of modern gaming, founded Atari, changing the gaming industry forever. Atari conquered the market with arcade machines. Shopping malls, bars, and public places had people swarming these machines for hours. The competition got heated as more companies entered to capture the market share.

Isn't history amazing? We look at it to see where we're heading. Online gaming has humble beginnings in single-screen arcade gaming kept in restaurants to lure in customers. The games allowed players to compete on the same screen, quickly creating a craze, the likes of which hadn't been seen before.

"Empire" was the first game that allowed players to compete on different screens (up to eight players in total) and offered a glimpse of gaming getting onto other forms of entertainment. The University of Illinois created a game for PLATO called Spasim. The release of Spasim (PLATO) introduced 3D gaming to the world.

"At this point, Atari and PLATO were working along to bring different sections such as Universities and public places of interest together. Both sides made inroads to popularise gaming, build a future: The fruits of which we're bearing today, as they intended. The advancement in gaming has a history of progress and contribution made at cultural and social levels".

The world was spinning on its head. The invasion of gaming consoles, personal computers, and the microprocessor (Intel) turned the heat up on an already frenzied audience. Remember Gunfight (1975)? The game was renowned for its never-seen-before playing style with two joysticks — one for movement, the other for shooting blessed an entire generation of gamers.

The Atari VCS (Atari 2600) was launched (1977) with an unfavorable response for a set of reasons, both technical and behavior-based. Ultimately, the console was quickly moved out of production. What seemed like a failure brought about the idea of developing games that outlived the consoles they were originally intended for. What’s missing was a single piece to turn it into a success story? The launch of Space Invaders for Atari VCS (1980) was the hope everyone was looking, praying for.

The audience was there but scattered. The interest was there but disintegrated. Gaming-based literature brought everyone and everything together. Magazines such as Computer Gaming World and Computer and Video Games (1981) fostered a community of players and engaged them in discussions.

Computers were now affordable, powerful (with the use of microprocessors). The lack of creativity in the gaming world turned the tide in favor of personal computers. Consoles were failing, but gaming continued to grow. Enhanced-technology offered better playing experience to players.

The change was imminent. Gamers, on the other hand, started creating their own games with the BASIC. Two game titles, Marathon (1994) and Quake (1996), took LAN gaming to new heights. The successful partnership between Windows 95 and Ethernet cards wrote the first chapter of LAN gaming success.

The World Wide Web (April 30, 1993) marked the beginning of a new era in computing and gaming. The world was never the same again (for better).

Online Gaming: The Future of Gaming

The first one to master the Internet-based console proved a blessing, then turned into a failure and rose again to live forever. Sega Dreamcast, the first Internet-ready console, was the blessed one. It showed, took our hands, and guided us to the future. The only legitimate explanation is, like all other great minds and technologies, Dreamcast was ahead of its time. What a tragic way for Sega to end its legacy. They developed something that was the first of its kind and then plunged them into darkness.

"One lesson the Dreamcast team helped others to learn is to make online functionality a part of the design process."

The gala success of Runescape (2001) was an ode to Dreamcast in so many ways. Massively Multiplayer Online Role-Playing Games (MMORPG) ushered us into a new age. Players were able to communicate and interact with other players from different parts of the world. The chat feature enabled players to share opinions and become an authority in the field.

The Internet and advanced technologies have pushed the envelope of modern gaming. With every new game title launched, we tend to look at the underachievement in the last title. The Internet accessibility and affordability aspect have introduced a generation of young players.

The mobile computing and growing popularity of apps have offered a new platform to the gaming industry. Gaming, for the first time, has become a part of mainstream social culture. To talk about gaming as one of the most popular forms of entertainment in the media world was an evolution of a rare kind.

Mobile gaming is the future of gaming. All popular forms of entertainment have already been available on the mobile platform. The gaming sector has enormous scope to target the masses. The accessories have kept pace with the changing gaming environment.