In 2018, the west coast was on fire and the east coast was flooding. If it wasn’t clear before, it is abundantly clear now. The cost of ignoring climate change is only becoming worse. While it may not seem like much is being done to protect the environment, many entrepreneurs have been turning to IoT to counteract the effects of climate change and other environmental hazards.

1. Wiping Out Climate Change With Smartfin

Phil Bresnahan, a research engineer, and his team of environmental scientists at the Scripps Institution of Oceanography are using IoT technology to learn more about our changing coastlines.

How are they doing this you may ask? They are using Smartfin, an IoT-enabled surfboard fin that collects valuable oceanic data as surfers crush waves. It’s the perfect combination of research, data science, and gnarly fun. 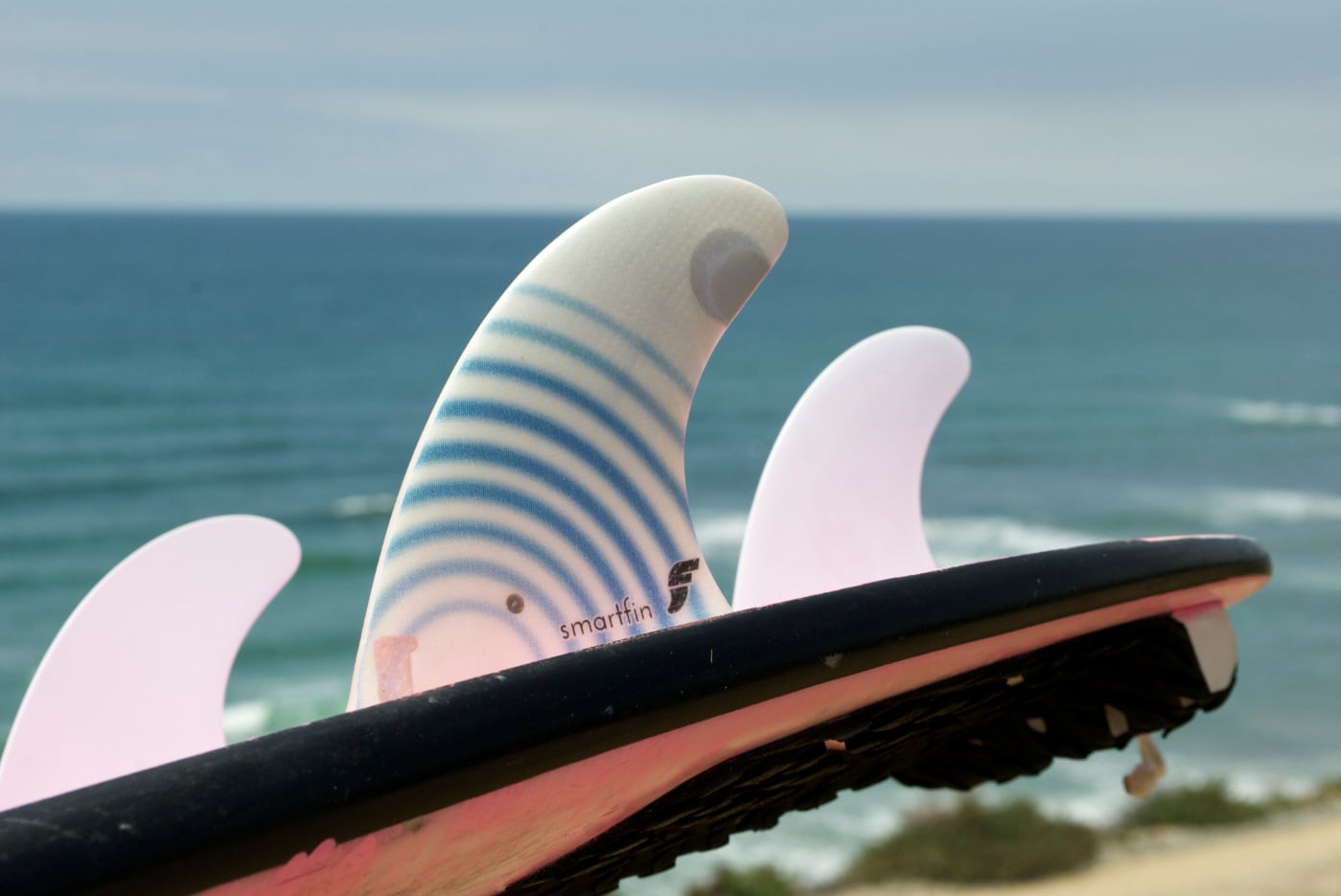 Smartfin tracks board location, water temperature, the motion of break waves, the pH levels of water, and more. This data can often be tricky for scientists to gather because tides change throughout the day. However, surfers are naturally out in the near-shore waters, which works out perfectly.

Phil Bresnahan and his team are currently working with other scientific communities to gather more data about the sea. With the collected data, they hope to help key policy-makers make educated decisions about the environment when the time comes.

Kilauea, the most active volcano in Hawaii, erupted in May 2018. In a month’s time, Kilauea destroyed 700 homes, caused at least 21 fissures to emerge, and exposed residents to high levels of sulfur dioxide gas. Even today, these hazardous fumes are seething from the volcano with geologists warning that these eruptions could last for years to come.

With such high health risks, citizens were searching for data that could track volcanic vog (smog with volcanic gases) so that they know what areas to avoid. However, citizens of the island are having trouble accessing this air quality information easily. 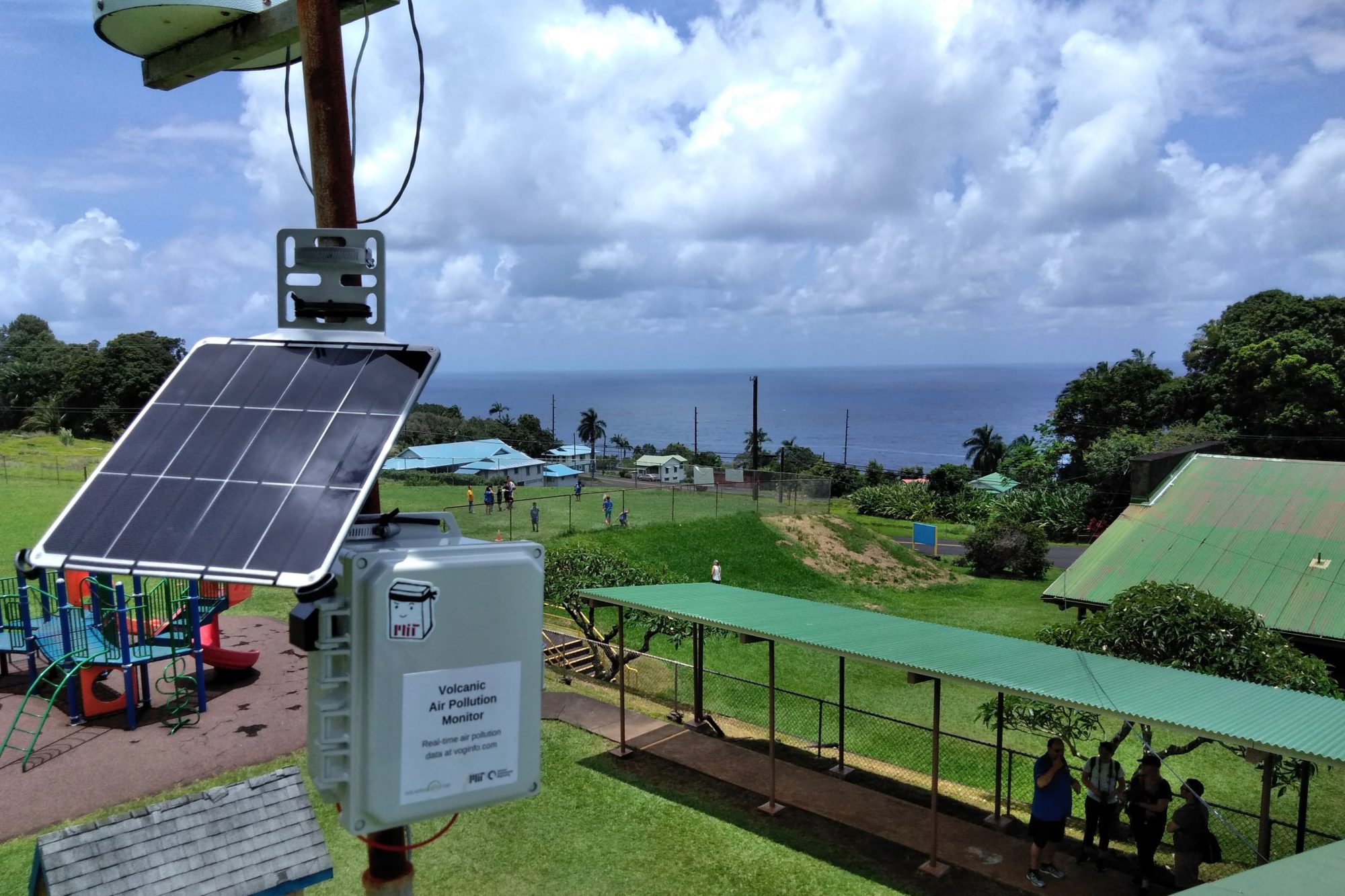 To give communities access to this data, a group of MIT scientists and the Khola Center used IoT sensors to create the Hawai’i Island Vog Network, a network that provides real-time measurements of hazardous fumes like sulfur dioxide in Hawaii. The network collects data using low-powered sensors that are stationed near eruption zones and are connected to the Internet via a Particle Electron.

With this network, not only do citizens have access to the data they need but scientist are learning more about pollutants in Hawaii’s environment. One of the MIT scientists, David Hagan, has even deployed the same network infrastructure in Delhi, India (one of the world’s most polluted cities), to monitor pollution and take steps to reduce CO2 levels.

The world is racing towards renewable energy sources like wind and solar, but the lack of sufficient storage capacity limits the ability to integrate intermittent power generation. At the same time, renters can’t participate in utility sponsored renewable energy programs, because they don’t have access to rooftop solar.

In fact, many renters pay high electric bills, taxes, and other fees to help modernize the electric grid without any direct benefit. Renters represent one-third of the US population, but they lack pathways to engage in renewable energy programs that offer incentives to homeowners who can afford solar and electric vehicles.

However, Shifted Energy is changing this paradigm by retrofitting existing water heaters into grid interactive water heaters (GIWH). With Particle’s IoT platform, they convert water heaters into batteries that act as demand response assets that can shift loads to reduce peak demand and help utilities stabilize the grid while integrating more renewable energy.

By connecting these GIWH units to the Internet, utility companies can control the GIWH units to absorb solar power during the day to heat water. The hot water remains hot and can be used any time without consuming more electricity, thus lowering peak demand.

IoT-based environmental monitoring has even been proven to be helpful on the farm. For example, Greg Meandel loves to build and program IoT projects that remove the complexity from daily farm life.

For instance, one of his many IoT projects is an excavator that can be started remotely. By using an Electron, he can remotely heat up the excavator’s block heater, which helps start up the engine. In some cases, he had to wait hours for the internal block to heat up. Now, he can wake up and wirelessly send a command to the electron via his phone. By the time breakfast is finished, the excavator is heated and ready to go.

This is just one of many IoT projects Greg has implemented on his farm. He also built a self-measuring grain device to keep a better eye on his grain levels.

After corn is harvested, the grain is collected in large storage bins. For Greg, he had to climb a ladder just to see inside the bin and track how much corn grain had been harvested. This turns into a rather timely and painfully repetitive task when you have to check it multiple times a day.

However, with his self-measuring grain device, it automatically records and alerts him about how much grain is left. By proactively monitoring his crops, Greg Meandel is ensuring that thousands of crops don’t get wasted and are put to good use.