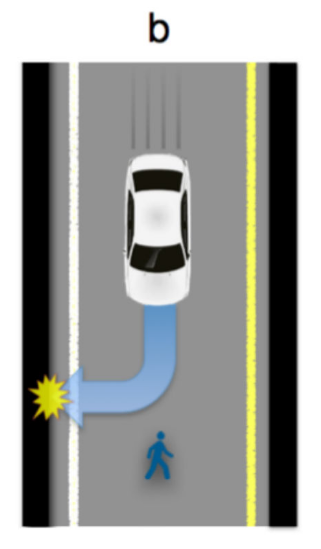 The trolley problem has been a staple of discussions around ethics for some time now. If you're not familiar with it, it was a thought experiment whereby participants are placed in a dilemma — a rail trolley is loose on the tracks with five people tied to the tracks ahead of it.

You're standing next to a lever that can divert the trolley onto a separate track, but you notice that there is one person tied to this other track. What do you do?

It's a dilemma that has reared its head recently due to developments in driverless technology. Researchers have pondered whether a car should be designed to protect its passengers, even if that means harming innocent bystanders. Or, alternatively, should it aim to preserve the safety of the most people it can?

What Does the Public Think?

A recent MIT-led study set out to explore just how the public regard such dilemmas, and the results are certainly interesting. Whereas many in the trolley dilemma would struggle to divert the trolley and kill the one person, when it comes to driverless cars, people appeared to be much more utilitarian.

Interestingly, however, despite support for this approach, people also revealed that were a car to be programmed that way, they would be less likely to use it. It reflects a kind of selfishness that wants every car except the one we're riding in to be as safe as possible.

"Most people want to live in in a world where cars will minimize casualties," the authors say. "But everybody wants their own car to protect them at all costs."

If such a situation were to unfold in reality, it would lead to unsafer roads for everyone on account of the selfishness of each of us as individuals.

"For the time being, there seems to be no easy way to design algorithms that would reconcile moral values and personal self-interest,"  the authors write.

Even more sadly, the survey also revealed that people were largely opposed to governments regulating driverless cars to behave in the kind of utilitarian ways they espouse. Were such regulations enforced, the respondents said they would be only one-third as likely to buy such a vehicle.

It's a point of view the authors believe car makers and regulators need to be aware of, especially as the safety record of early driverless vehicles will probably play a huge role in public perceptions of the technology.