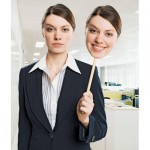 imposter syndrome is something many of us have probably encountered at some point in our lives. its impact can be a severe one, with previous studies showing that it can have a significant impact on our careers.

a recent study from the department of management at youngstown state university in ohio, explores whether men or women are more likely to suffer from imposter syndrome. as we might expect, the study found that men and women respond in very different ways.

for instance, if men see themselves as imposters and receive negative feedback, they tend to react very negatively to that feedback. by contrast, women didn't appear to show any such deterioration in performance, and instead tended to redouble their efforts.

life as an imposter

the study initially utilized a questionnaire to identify people who felt they were imposters. this was then followed up by a second questionnaire that asked participants to answer sample questions to gauge their ability. questions were administered in a couple of separate batches, with feedback given after the first set that was either positive or negative. this feedback was irrespective of the actual performance.

when the results were analyzed, male volunteers consistently performed worse on the second task after receiving negative feedback.

"the male participants were more distressed by criticism and tended to give up quicker," the authors say.

female participants, however, seemed to put more effort in and actually outperformed their male peers after they had been given negative feedback.

"our study was exploratory in nature, but gender role theory can provide some insights into the findings," the authors conclude. "this theory would suggest that male work performance is strongly focused on competence and performance, whereas women have a stronger tendency to view work from a relational standpoint. the fact that women try harder when they are aware that their performance will be assessed by someone they know therefore conforms to the female stereotype."