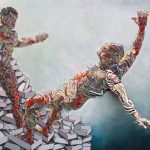 things such as driverless technology and industrial robotics are largely tricky because they operate in an environment alongside humans, who are by their very nature unpredictable.

a recent study from researchers at nanjing institute of technology set out to explore whether a programming solution could be found to the problem of unpredictable human behavior.

“in a human-machine control system, the human operator participates in the control process,” the researchers say. “[an] accurate mathematical model of human operator behavior provides criteria to the controller design and systems analysis.”

the ability to smoothly engage with humans is crucial for things such as driverless cars, even at this relatively early stage of their development.  for instance, the cruise control systems in many modern cars are based upon the kind of parameters that can be programmed with few variables.  this allows the car to, for instance, maintain its speed on a hill.

whilst this kind of system does allow for a degree of automation, it is relatively simple in the way it responds to input.  it struggles to predict human behavior, which thus limits it to more basic operations.

the method proposed by the chinese team uses fractional order calculus, which allows for multiple possible outcomes to be considered within the one equation.

this approach models the human as part of the system rather than as some kind of separate entity, as is often the case in existing models.  they tested the model by creating a closed-loop system whereby the human participant followed a target on a screen with a steering wheel like device.  the results suggest it provided a more realistic representation of human behavior.

“the human operator is a complex system, and many aspects of the human brain and behavior have the characteristics of a fractional order system,” they say.

suffice to say, this is still relatively early days, and the researchers next hope to study how humans can be utilized to improve automated systems, whether in surgical or autopilot like environments.

check out the video for more information on their research.