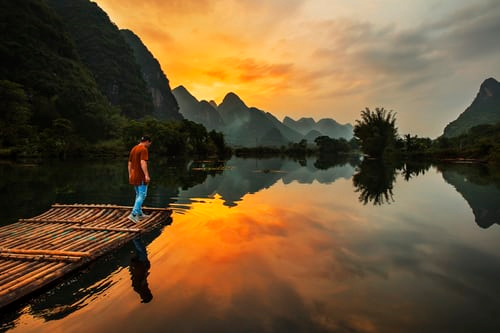 How can Raft improve read performance?

In this post, we are going to dive deep into the read performance of Raft — why read performance can take a hit and how it can be improved using Raft leader leases. Additionally, we will also look at how to make the correctness guarantees around leader leases stronger. Note that this post assumes some basic familiarity with the Raft algorithm and builds on top of this excellent, animated explanation of the Raft algorithm.

Correctness cannot be compromised in a distributed SQL database. There are different levels of this intuitive correctness, which are represented by different consistency models. Linearizability is one of the strongest single-key consistency models and implies that every operation appears to take place atomically and in some total linear order that is consistent with the real-time ordering of those operations. In other words, the following should be true of operations on a single key:

The Raft algorithm solves the problem described above. Raft is a consensus algorithm that allows the members of a distributed system to agree on a sequence of values in the presence of failures and is formally proven safe. Raft is similar to Paxos but much easier to understand and offers some additional features such as the ability to dynamically change membership.

For the remainder of this post, we are going to look at just this one snippet of the Raft paper.

Read-only operations can be handled without writing anything into the log. However, with no additional measures, this would run the risk of returning stale data, since the leader responding to the request might have been superseded by a newer leader of which it is unaware. Linearizable reads must not return stale data, and Raft needs two extra precautions to guarantee this without using the log.

First, a leader must have the latest information on which entries are committed. The Leader Completeness Property guarantees that a leader has all committed entries, but at the start of its term, it may not know which those are. To find out, it needs to commit an entry from its term. Raft handles this by having each leader commit a blank no-op entry into the log at the start of its term.

Second, a leader must check whether it has been deposed before processing a read-only request (its information may be stale if a more recent leader has been elected). Raft handles this by having the leader exchange heart-beat messages with a majority of the cluster before responding to read-only requests.

Alternatively, the leader could rely on the heartbeat mechanism to provide a form of lease [9], but this would rely on timing for safety (it assumes bounded clock skew).

To make things simple, we will focus on one Raft group with a replication factor of 3 (which represents a tablet of an auto-sharded table in YugaByte DB). We will examine the scenario where different members of the Raft groups are located in multiple geographies, as would be the case in a geo-distributed deployment.

Below is a snippet from the Raft paper that highlights how linearizable reads are served.

Raft handles this by having the leader exchange heartbeat messages with a majority of the cluster before responding to read-only requests.

Raft requires the leader to exchange a heartbeat with a majority of peers before responding to a read request. By requiring these heartbeats, Raft introduces a network hop between peers in a read operation, which can result in high read latencies. The latencies get much worse in the case of a multi-region, geo-distributed SQL database where the nodes are located physically far apart. The actual read operation would look similar to what is shown in this interactive animation:

Let us look at why this extra heartbeat round is required. Once again, our snippet from the Raft paper says the following:

Second, a leader must check whether it has been deposed before processing a read-only request (its information may be stale if a more recent leader has been elected).

Let's see what would go wrong if the leader serves read requests without exchanging heartbeats. Consider the following sequence of events:

This sequence is shown in this interactive animation:

Therefore, without exchanging heartbeats before a read operation, a Raft leader that is partitioned away from the rest of the peers might serve stale reads, which would violate linearizability.

To summarize, Raft does provide linearizability on reads without any reliance on clocks, but this requires an additional round-trip to the majority of replicas on every read operation, which would result in unacceptably low performance, especially for geo-distributed SQL database clusters.

Raft Leader Leases to the Rescue

The Raft paper snippet mentions that it is possible to rely on a form of time-based lease for Raft leadership that gets propagated through the heartbeat mechanism. And if we have sufficiently well-behaved clocks, it is possible to obtain linearizable reads without paying a round-trip latency penalty.

Alternatively, the leader could rely on the heartbeat mechanism to provide a form of lease [9], but this would rely on timing for safety (it assumes bounded clock skew).

In YugaByte DB, a newly elected leader cannot serve reads (or initiate writing a no-op Raft operation, which is a prerequisite to accepting writes) until it has acquired a leader lease. During a leader election, a voter must propagate the longest remaining duration time of an old leader’s lease known to that voter to the new candidate it is voting for.

Upon receiving a majority of votes, the new leader must wait out the old leader’s lease duration before considers itself as having the lease. The old leader, upon the expiry of its leader lease, steps down and no longer functions as a leader. The new leader continuously extends its leader lease as a part of Raft replication. Typically, leader leases have a short duration, for example, the default in YugaByte DB is 2 seconds.

The sequence of steps is as follows:

This is shown in this interactive animation:

This post covered the performance aspect of read operations in the Raft algorithm, which relies on bounded clock-skew. But given that clocks can instantaneously jump, a clock-skew-based mechanism may not be robust enough in practice.

The broader question here is how to make mechanisms that rely on the notion of time in distributed systems reliable. We will dive into these aspects in a follow-up post.

Testing the CP Subsystem With Jepsen

Tick or Tock? Keeping Time and Order in Distributed Databases