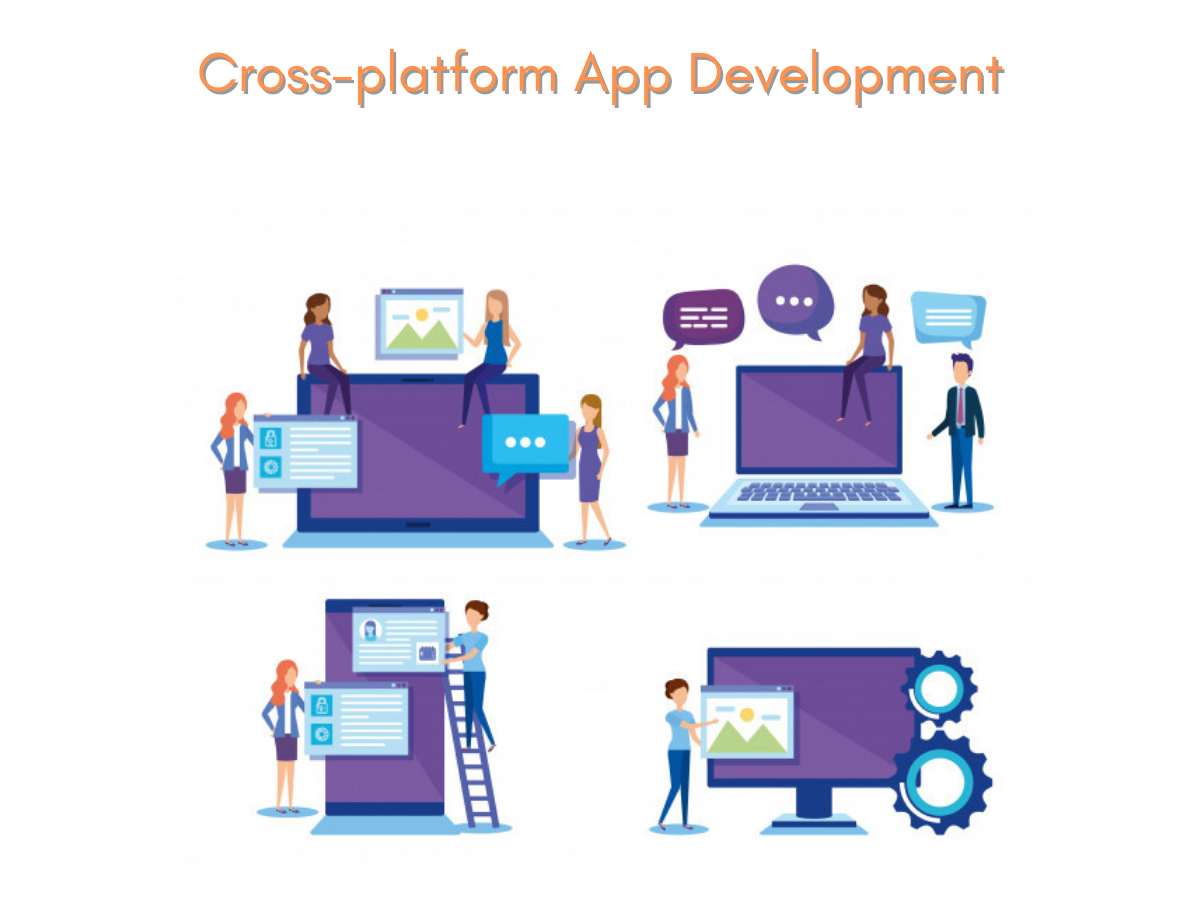 Our smartphone applications can literally do anything for us. Starting from identifying a song with Shazam to finding ourselves our loved ones with Tinder, apps have made themselves so smart that our dependence on them keeps on growing with every passing day.

However, have you ever wondered about the fact that what if these applications were only able to run on Android devices and not on the iOS ones? Or, in more practical terms, what if these applications didn’t have cross-platform support in them? So to solve this issue, cross-platform app development kicks in. Even app developers these days use emulators of a typical kind to run and test the apps they are developing for a platform they do not own.

If there weren’t cross-platform support for most of the daily applications we use, there would have been a serious concern over the war between iOS and Android platforms. According to statistics available, an Android user gets to choose between a selection of 2.56 million applications available on the PlayStore. Whereas, on the other side, Apple’s App store has only a collection of selected 1.85 million iOS applications. Besides that, going with numbers isn’t the prime concern here, as all the apps go through several quality checks before they get listed on their respective app stores.

Here in this blog post, we will discuss a few factors that lead to choosing the best cross-platform app development framework for most mobile application developers in 2021.

So if you are someone who needs a heads up to get started with cross-platform mobile app development, then, fortunately, you have landed in the right place. But, if you are still not aware of the best framework to work with, you should definitely read this article.
This blog post is precisely for:

A Few of the App Development Frameworks Available

Talking about a few of the app-development frameworks already in use, we see the likes of Ionic, Xamarin, Native apps, React Native, and Flutter. However, the later ones are very popular and mostly used for app development in recent times. But before that, one needs to understand the difference between Hybrid and Native apps and which one to choose to develop their specific applications.

Developing applications on their native framework always provides them with greater independence and a better level of control. For instance, Facebook, who also happens to be the creator of React and React Native frameworks had to re-write the entire codes for their Messenger application once again only to achieve more power with a React native application.

Also, with React Native app developments, developers have the freedom to easily add new features that are complex nonetheless but improves the performance of the particular application. The developer’s community for React native is also on the mature side, with constant improvements shaping up every day.

The biggest disadvantage with Native applications is that the skills and resources it requires to develop such kinds of apps are always on the higher side. Hence, hiring a React app developer can come as a handy solution for the concerned issue.

However, a developer working with these kinds of applications has to be fluent with several app development languages. Also, iOS app developers need to have a Mac in line to develop applications for that platform. Therefore, developers settle with building Android applications at an early stage of their careers.

So to sum up this query in short, if you have enough funds to invest for app development, then there is nothing to choose from but Native. Native apps always have something more to offer, and that makes the investment worth every penny.

Flutter or React Native Which Is the Best Cross-Platform App Framework?

Here in this blog post, we are going to discuss the pros and cons of the two best cross-platform mobile application development frameworks to currently exist, and they are Flutter and React Native.

Flutter is an incredible cross-platform mobile application development framework that is from the house of the tech giants Google and is open-source at the same time.

React Native comes from the house of Facebook, and it is renowned for being the best cross-platform mobile application development framework in today’s times.

As after coming across the entire blog post, you would have realized that there lies no competition to apps developed on React Native. Developers will get complete control and have great flexibility at their disposal while developing apps on React Native. Whereas, Flutter is the newest contender in the competition, and is growing rapidly. Hence, choosing the best framework according to your project’s requirements would be the right thing to do.

Published at DZone with permission of Harry Stone. See the original article here.