In this third post about WhizzML basics, you'll learn more about tools to create WhizzML scripts. We already covered how to manipulate WhizzML scripts from the Gallery. We also learned how to do the same via Scriptify and the Script Editor. For a quick reminder, go to the previous posts — here's Part 1 and here's Part 2! In this tutorial, you'll discover two new powerful scripting scenarios that will help you build complicated workflows: GitHub and BigMLer. Let's dive in!

It's easy as pie! You just have to go to the WhizzML Script section and click on the IMPORT SCRIPT FROM GITHUB button in the top right menu. Then, you enter a WhizzML Github URL. You'll see the script uploaded in your dashboard window ready be created upon clicking the Create button. You may be wondering where you can find a WhizzML GitHub URL. No problem! There is a WhizzML example repository in GitHub with a lot of handy example scripts. 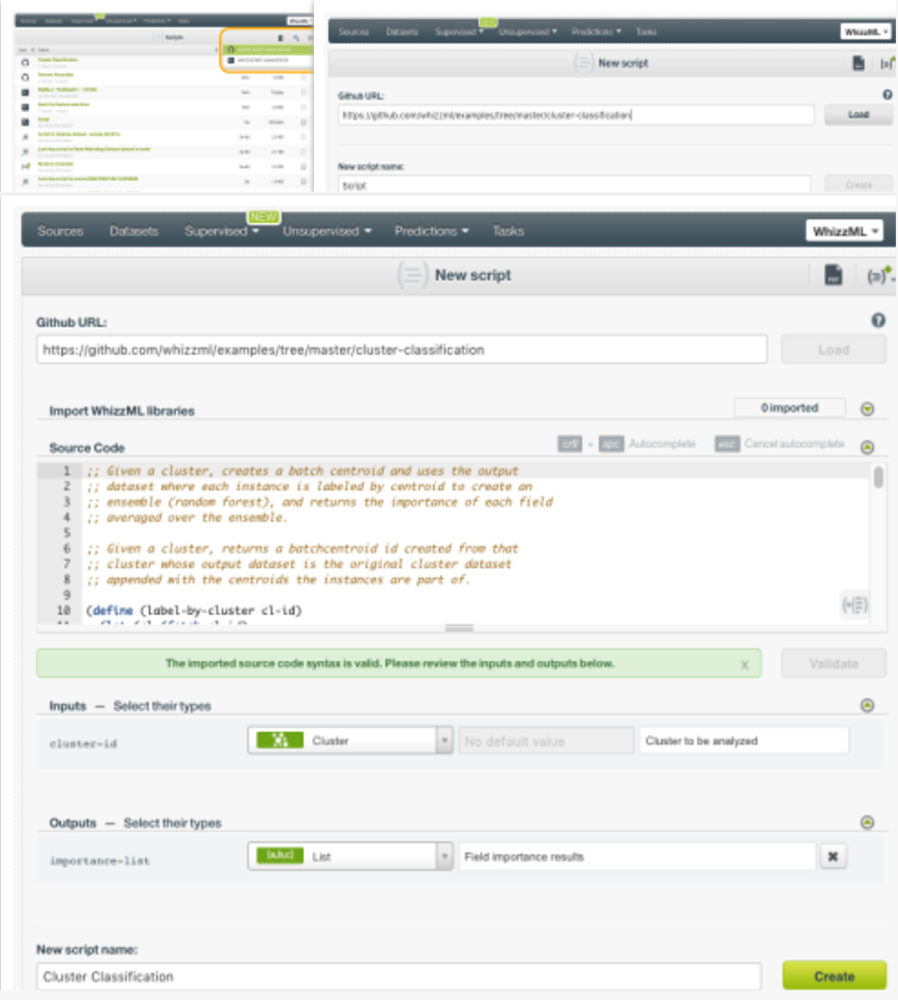 Using BigMLer (BigML's command line tool), you can execute WhizzML scripts, too. You just have to remember to use the sub command execute. Let's see some examples.

So it isn't rocket science. Now it's your turn to try it! Of course, remember to install and authenticate yourself before typing your BigMLer command lines.

Now you know how to create a WhizzML script in more ways. But we're not quite finished yet! The next step will be discovering how to use the bindings to create scripts and libraries. Stay tuned.

How to Create a WhizzML Script (Part 4)

How to Create a WhizzML Script (Part 2)

Automating Fusions With WhizzML and the Python Bindings