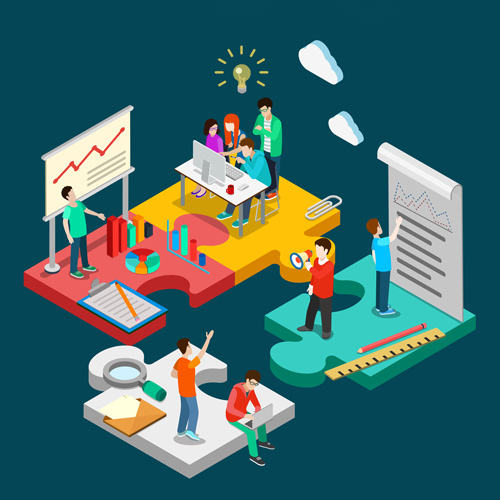 the first step in troubleshooting an http server error is the 5xx server error message the failure generated. for many of the most common server errors, the code doesn't help much in hunting down the source of the problem. fortunately, a handful of causes accounts for the bulk of 500 (generic), 503 (unavailable), and 520 (unknown) server-error messages.

when a server generates an error code in response to a request, there are a finite number of possible causes. the problem is that too often the http error code doesn't provide much of a clue about the error's origin. a restart or some other short-term fix may get you running again, but some errors defy a quick solution. these are the most likely sources of server-error glitches whose causes aren't readily apparent: 500 (generic), 503 (unavailable), and 520 (unknown error).

w3schools.com provides a complete list of http status messages along with a brief description of each; 5xx server error messages and descriptions are shown below. 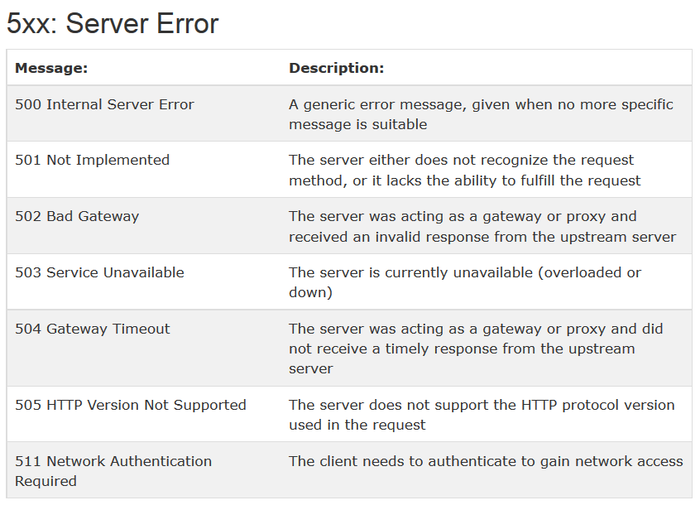 of the many http server error codes, the three that are most difficult to troubleshoot are 500 (generic), 503 (unavailable), and 520 (unknown error). source: w3schools.com

getting to the bottom of a '500 internal server error' message 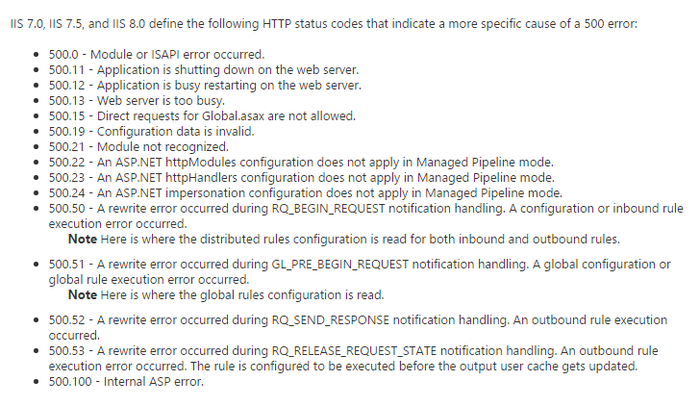 hunting down the source of 503 server unavailable messages

some server errors are a side-effect of http showing its age. an example is described in a stack overflow post from june 2013. a 503 service unavailable error was traced to a user agent header that lacked "mozilla." a commenter noted that many mobile phones have user agents that don't start with mozilla.

the reason for using the mozilla user agent goes back to the 1990s and the first popular browsers: mosaic and netscape. netscape differed from mosaic in that it supported frames. sites ultimately had a "frames" version and a "no frames" version, which were distinguished by the server via the user agent. ultimately, some servers were configured to drop any browser that didn't have the mozilla user agent, assuming that any such browser wouldn't render the page correctly.

solving the mystery of a 520 unknown error message

when a server encounters something unexpected or unacceptable, such as a protocol violation or empty response, it may kick out a 520 unknown error message. in a june 6, 2015, article , cloudflare's michelle zatlin identifies the five common causes of a 520 message: 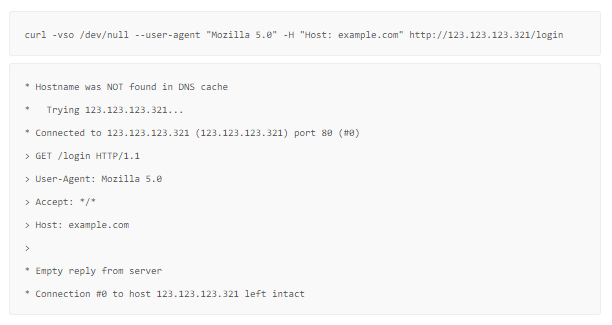 the curl command returns "empty reply from server" in the 520 error message when the origin server returns an empty reply. source: cloudflare

the most efficient way to monitor the availability and performance of apps, databases, and systems is the happy apps service, which lets you create checks for the web, mysql, mongodb, redis, riak, and elasticsearch. happy apps is a robust app-management solution that supports ssh and agent-based connectivity to all your apps on public, private, and hybrid clouds. the service provides dependency maps for determining the impact your it systems will have on other apps.

all checks performed on your apps are collected in easy-to-read reports that can be analyzed to identify repeating patterns and performance glitches over time. if you're looking for ways to save time, trouble, and money when managing your apps, visit happy apps today.