At the Vamp HQ in Amsterdam, we get to talk to a lot of Docker, DC/OS, and Kubernetes users. For us, as a startup in this corner of the tech space, talking to the engineers and architects behind some pretty serious container based cloud environments is, of course, worth the proverbial gold. It's also a lot of fun to just help people out.

Over the last months, listening to the DC/OS user group a specific pattern emerged:

From this, the question emerges how to add canary releasing and blue/green deployments to a Marathon-LB based DC/OS environment. You have roughly two options here, outside of building something yourself:

To get up and running, let's take the following architecture diagram as a starting point. 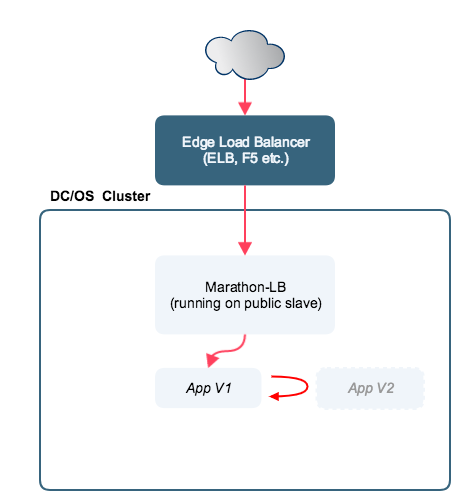 In the diagram, we can see:

Crucial to notice here is how we expose this application. Also, this is where things might get confusing...

To leverage Vamp's Gateways and start using smart routing patterns, we are going to add two Vamp components to this architecture:

The resulting architecture will be as follows: 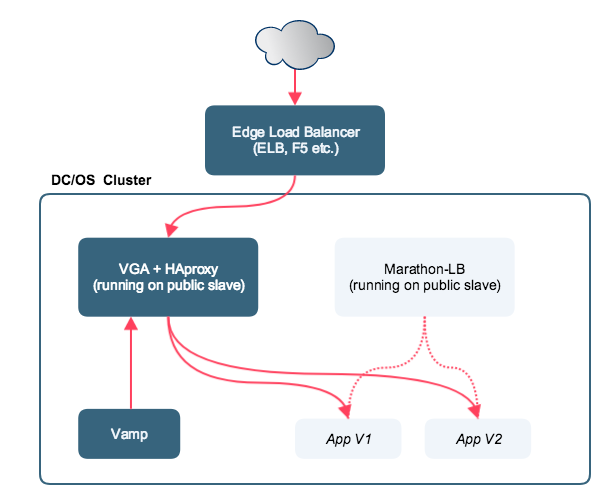 Notice, that we now use the Vamp managed VGA as the ingress point for our edge load balancer and let the VGA route traffic to our apps. This means the VGA now hosts your publicservice endpoint regardless of the version of the service you are running. Clients using this service or app should use the address and port as configured in the VGA.

Having said that, we didn't change anything to how Marathon-LB exposes endpoints. Next to the new VGA →Apps routing scheme, you can just keep using any existing routing directly into Marathon-LB.

However, from now on you will have to deploy any new version of your service as a separate and distinct deployment and not as a replacement / rolling-deploy of an existing older version. Each deploy then gets a load balanced address based on the version number or some other naming scheme you come up with to distinguish which version is which. You could easily have your CI pipeline generate names based on GIT hashes or semantic version numbers as shown below in the abbreviated example.

To get this setup running, we simply create a new gateway that listens, for instance, on port 8080 in Vamp. We add two routes to this gateway, each pointing to one specific service port managed by Marathon-LB. The traffic then flows as follows:

The Vamp artefact to create this is just this seven line piece of YAML where we have already split the traffic using the weights option. We post this YAML either to the Vamp API or just copy & paste it in the UI. You can see we just redirect traffic to localhost because next to the VGA we still have a Marathon-LB instance, all running on the same public slave.

If you fire up the Vamp UI, you can start manipulating traffic and executing a canary release and blue/green release patterns using all of the functionality available in full Vamp installations. Alternatively, you can use the Vamp CLI to directly integrate these patterns into bash scripts or CI pipelines. 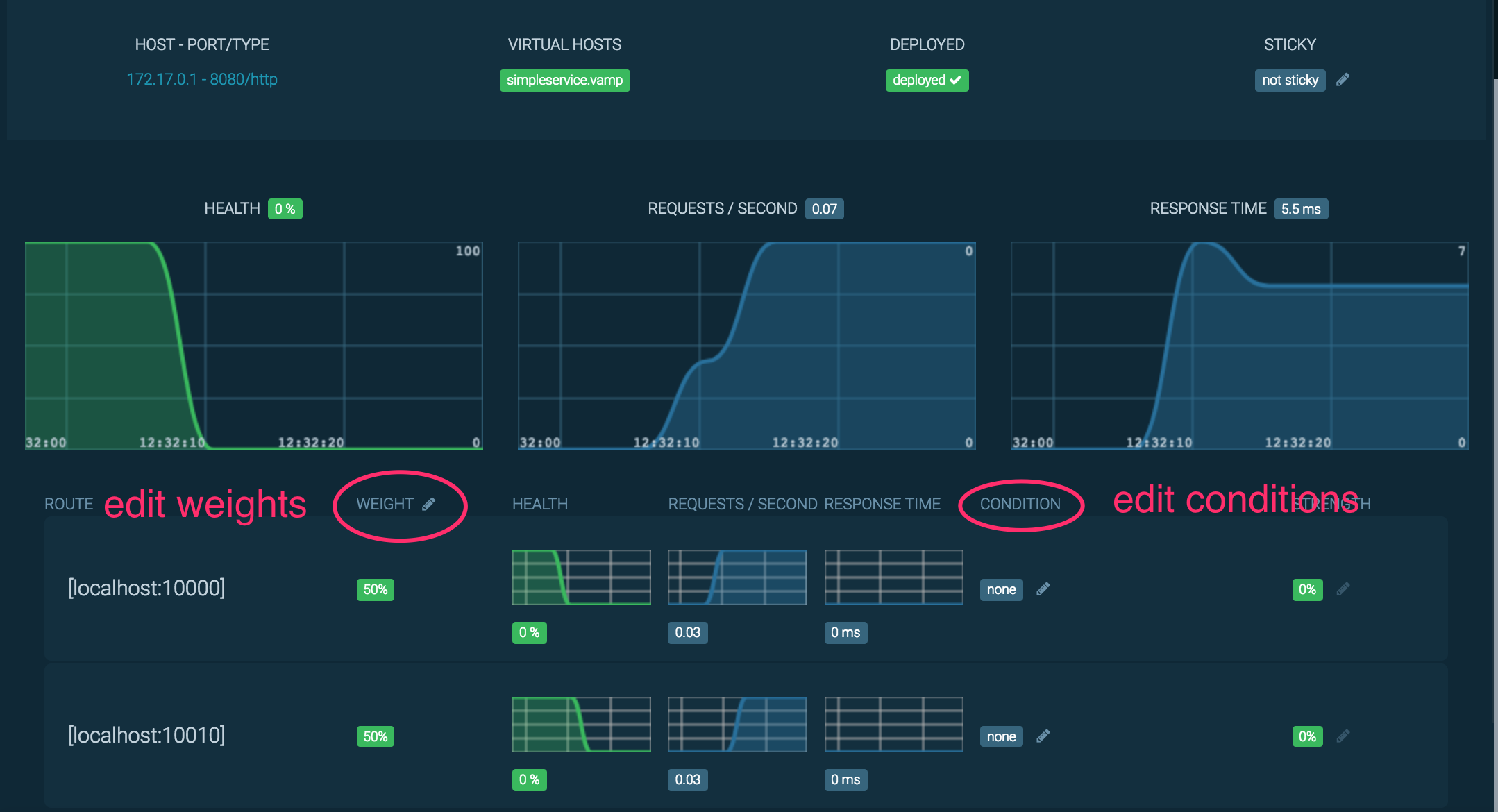 This scenario does come with a couple of caveats and gotchas which you should be aware of:

Congratulations! You've just added powerful routing to your DC/OS cluster. Vamp comes with a lot of other goodies, but this first step is an easy way to get to know Vamp.

Published at DZone with permission of Tim Nolet. See the original article here.