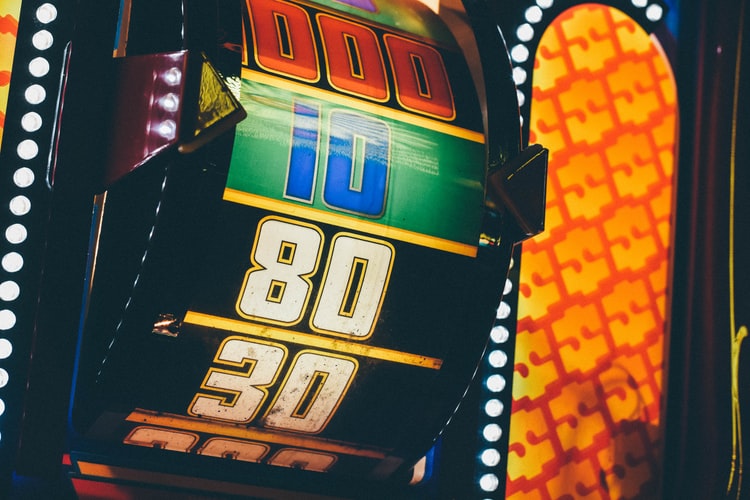 The DevTeam Project is a library of stories from successful engineering managers around the world about growing, managing, and motivating excellent dev teams. Our mission is to help dev teams learn from great engineering leaders about trends today and what’s shaping their industry. To achieve this we’re going to release a podcast episode and a blog post with highlights from the conversation every other week. In each episode we’re traveling to meet a prominent engineering leader and talk about their unique perspective and insights.

You may also like: Your Job Is to Destroy Your Own Job [Podcast]

For more stories like that check out The DevTeam Project or listen to our podcast using one of the platforms below.

Darren Chinen has built his career in the heart of Silicon Valley, beginning in data analytics and data warehousing. His career really diversified during his time at Apple in 2012, when he built a data science team and became the first adopters of Hadoop in global business intelligence. He later served as the principal data architect, and head of data science and engineering at GoPro. Currently, Darren is the Senior Director of Web, Big Data, and AI at Malwarebytes. He describes his job as building award-winning and world-class web, big data, and AI teams in high-growth environments.

Darren Chinen developed his approach to building engineering teams when he was working as an engineer. “After spending so much time as an individual contributor, as someone in the weeds, I had a lot of time to think about what I wanted from my manager.”

He was attracted to the unique mentality in Silicon Valley, the most expensive place in the world. Why?

"Because Silicon Valley has a unique culture when it comes to cultivating what I call an intrapreneur. These are entrepreneurs working inside of a company, as an employee, but who operate as owners and have a lot of autonomy. They measure themselves with a different measuring stick."

A manager's goal should be to get their team invested. “If [an engineer] thinks of spending as spending their own money, how they look at the cost of things becomes much more complex.” Engineers begin to look at the long-term cost instead of immediate investment. They are also willing to take more risks if the reward is more significant.

“The mentality and thinking is so much more long-term, and deep and healthy for the business if you can get people to really act like an owner.”

This approach works, Darren points out, once engineers are established. To get to this point junior engineers need to serve as apprentices. "Situational leadership is important. People want proper guidance when they come out of school, and as they grow up in the process, they begin to learn. That’s our investment." After engineers gain knowledge and confidence, they can begin to take risks and act like owners.

"Tech has started this revolution."

When engineers on Darren’s teams have taken ownership, projects have moved faster. He noticed that the traditional approach to engineering had been, “waterfall-based, let’s measure twice and cut once.” That no longer works because, in today’s tech world, companies are putting out new releases every day. To keep up, engineers need to move fast and leaders need to allow trial and error.

Darren always asks his engineers to create things that are the ‘-est.’ They should be writing the fastest services, the coolest interfaces, or the “most awesome-est” solution to a difficult problem. Give people the challenge of being exceptional.

“One of the things that people get wrong about engineers is they think we are robots, we are mechanical people. But engineers want the ability to do something great. You have to give engineers that ability.”

The shift from "proven and safe" is being driven by the move to the cloud. According to Darren, data applications in the past were designed for a twenty or thirty-year lifetime. He notes that "the move to the cloud has really been a game-changer. It has forced us to change the way that we think about our infrastructure."

He shared an example where a data analytics project he was working on was able to gather billions of records at a time. At the rate that the data was growing, the storage and compute resources for analytics would quickly grow to cost them six billion dollars a year with the tools they were currently using. So they had to refactor. The team needed to create a solution that was the ‘-est’ to deal with exponential growth.

This can be complex. Darren asks his engineers to take time building their personal brand. He developed this approach after realizing that “sometimes you can't afford to hire the best, but you can afford to develop them into world-class engineers.” By giving each individual professional security, they became more confident and contributed more.

“I want my engineers getting a call from a recruiter every single day of the week. It's validation that we hired the best.”

There's plenty of ways to build your brand: publish articles, speak at conferences, and share your successes with others. Darren discovered that when engineers feel financially secure, they'll take the appropriate risks to move technology forward. Though some may think this approach could lead to the loss of good people, the reality is that Darren's teams stay together longer. “Ironically because I'm doing that, helping them build their brand, they stay.” He used coaching a sports team as an analogy. Success as a coach can be measured in terms of win-loss ratio or in terms of how many notable athletes your program produces. Darren feels that managers should not measure things like up-time or bug count, as much as they should work to create renowned engineers.

Ask Engineers to Score Requests With a ‘Fuzzy Factor’

Every team faces communication challenges. When scrum masters or project managers (PMs) interact with engineers, they're usually either too prescriptive (so there's no wiggle room) or too vague (and way too high-level). Too prescriptive doesn’t give engineers the freedom, and too vague does not provide enough information to do what's needed. That's why Darren invented the “fuzzy factor," a scoring system that engineers apply to requests that signal to PMs how the request is perceived. The idea is for PMs to tell engineers what they want, engineers will acknowledge this, and include a "fuzzy factor" in a nice way.

“Information needs to go from product to engineers so the fuzzy factor is really just a way to figure out how to get enough information to the engineer, so they can in turn [offer actionable insights]."

The score goes from one to ten. A ten is ultra fuzzy and means there's not enough detail to know where to start. Three means that the engineer has everything they need, and the project scope and objective is clear. When the score goes below three, this means that the flow of information has reversed. Engineers finally have a chance to "surprise and delight, which is the entrepreneurial spirit in them."

The fuzzy factor is an efficient and non-confrontational way for engineers to give feedback to project management and a way for those managers to get a feel for how well they're doing when they assign tasks. If it's mostly tens, this indicates that a team needs to change how they communicate. If it's all threes and fours, then PMs can assume they are giving an adequate level of detail and direction.

There's an importance in creating the right balance between exploitation of existing technologies and exploring new tech, while still achieving the company’s business goals.

“Engineering is a balancing act between exploring the next innovation and exploiting the technology you have, and collecting money."

Darren relies on plussing to achieve this balance. Plussing is about taking existing solutions and making them better by building on what's working, and also trying to improve existing tools. He gives his engineers time to try new things and make improvements. At Malwarebytes, “most of our new architecture has come from plussing projects.”

What do you do when the size of a problem is too big for a plussing project? Darren used a military analogy. The military doesn't send tens of thousands of troops to assess a threat, they first send a smaller team of Special Ops to quickly assess the scope of the threat. He does the same thing with development projects — has a small focus team first explore new tech, develop POCs, or think about new features. Some teams may end up being permanent, while others are temporary.

Someone once asked Darren, “how do I get promoted to a senior manager?” He said to build an organization of managers and he'll be "forced to promote you."

"If you're constantly in the process of building up other people and making them shine, you will be pretty successful in terms of engineering management.”