When speaking of the latest leading-edge tech trends, we have to admit that cloud computing is definitely on the TOP 10 list. Thanks to the excellent processing power of cloud-based services and platforms, small and mid-size companies, as well as large-scale corporations, can enjoy competitive benefits. To begin with, here’s a quick glimpse at some of the advantageous features provided by Serverless:

What Serverless Technology Is: A Definition and Its Main Providers

Since progress doesn’t stand still, we can count on more tech solutions to come out all the time. Giving the advent of cloud computing, you’ve likely heard of a new buzzword in town – Serverless computing. Despite the name, the serverless architecture still requires servers to host all applications and perform computing processes.

The key difference with the traditional cloud-based infrastructure is that a third-party vendor provides a backend platform and manages servers on his own entirely. Hence, developers can focus on other vital business goals and deliver improved services and products, ending up with streamlined customer experience, and the company’s optimized resources. It’s no wonder why the global serverless market is forecast to reach $7.7 billion by 2021. 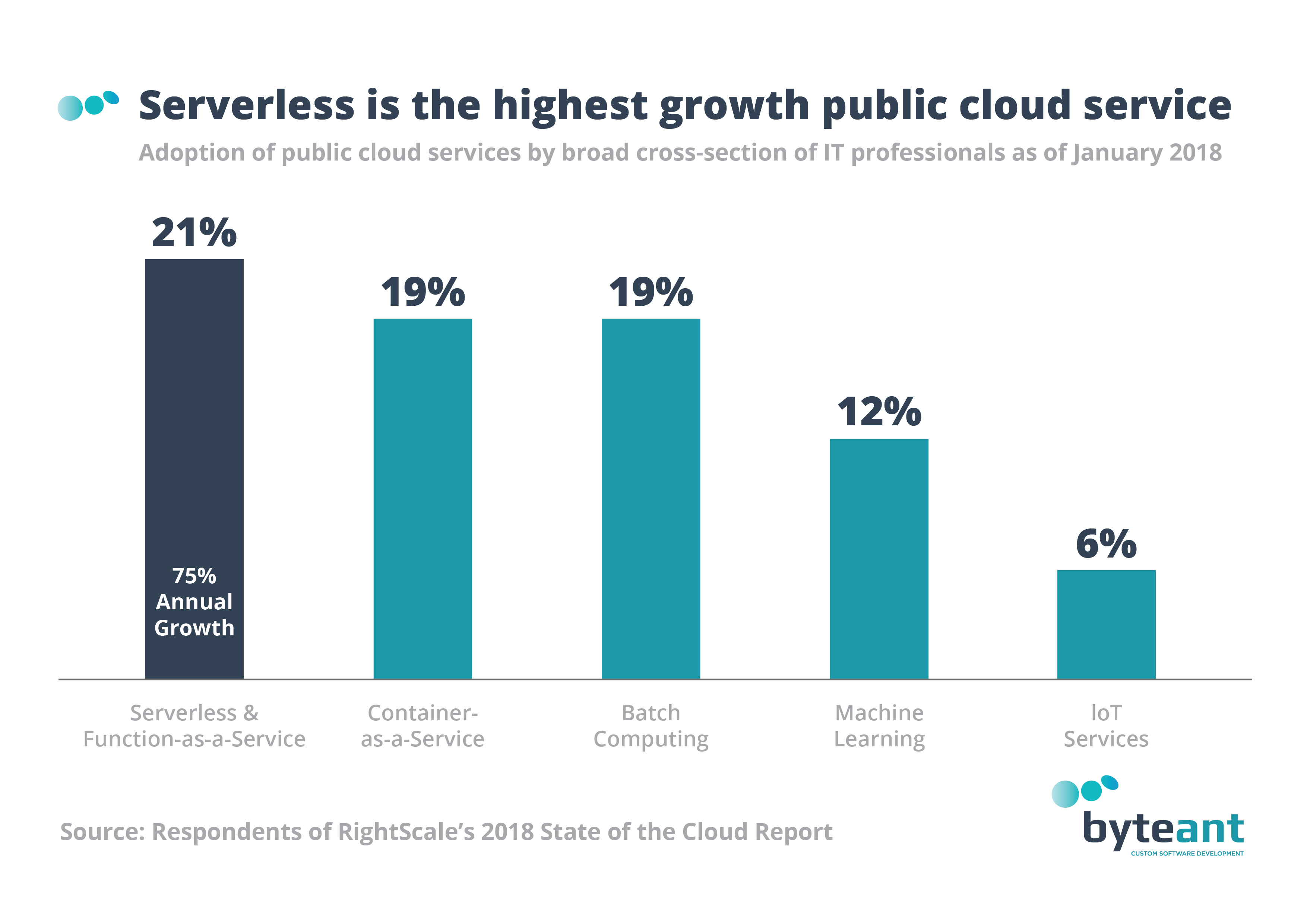 In other words, serverless computing is a model, which provides developers with multi-functioning tools, allowing to create top-notch apps more effectively, since a third-party vendor manages the entire underlying infrastructure. A bunch of developers finds this kind of architecture scalable and flexible, as it is based on a fast TTM business approach. 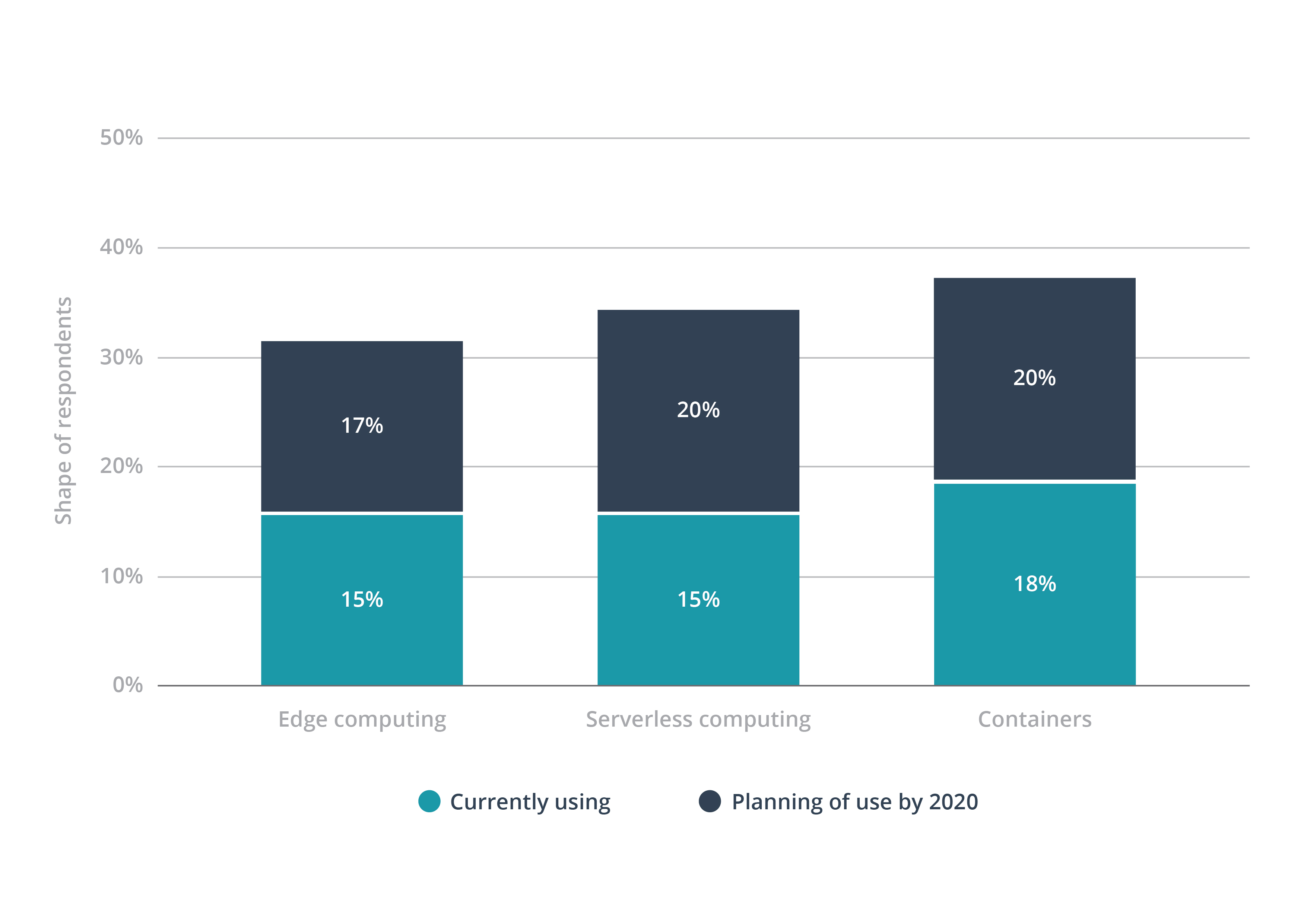 Business adoption of emerging cloud trends in the United States and Europe as of 2019.  Source

There are three ground-breaking providers in that sector – AWS Lambda, Azure Functions Serverless, and Google Functions. In this article, we want to have a closer look at Azure Functions and highlight the most significant benefits and pain points of such a popular platform.

How to Build Serverless Infrastructure in Azure Functions

Azure Functions is a powerful serverless cloud platform, based on an Event-Driven Architecture (EDA), allowing you to run code on-demand, with a service vendor taking care of the whole infrastructure and backend system.

With a Function-as-a-Service (or FaaS) platform on board, such as Azure Serverless Functions, you have a pay-as-you-go payment plan, meaning pricing is based on the number of executions, or utilized resources like RAM, CPU, Network. Thus, you are charged only when your code is running, excluding any need in a pre-purchased compute capacity.

To optimize the pricing terms depending on your tasks and needs, you can come up with the three hosting plans as follows:

For additional info, you can use the table below: 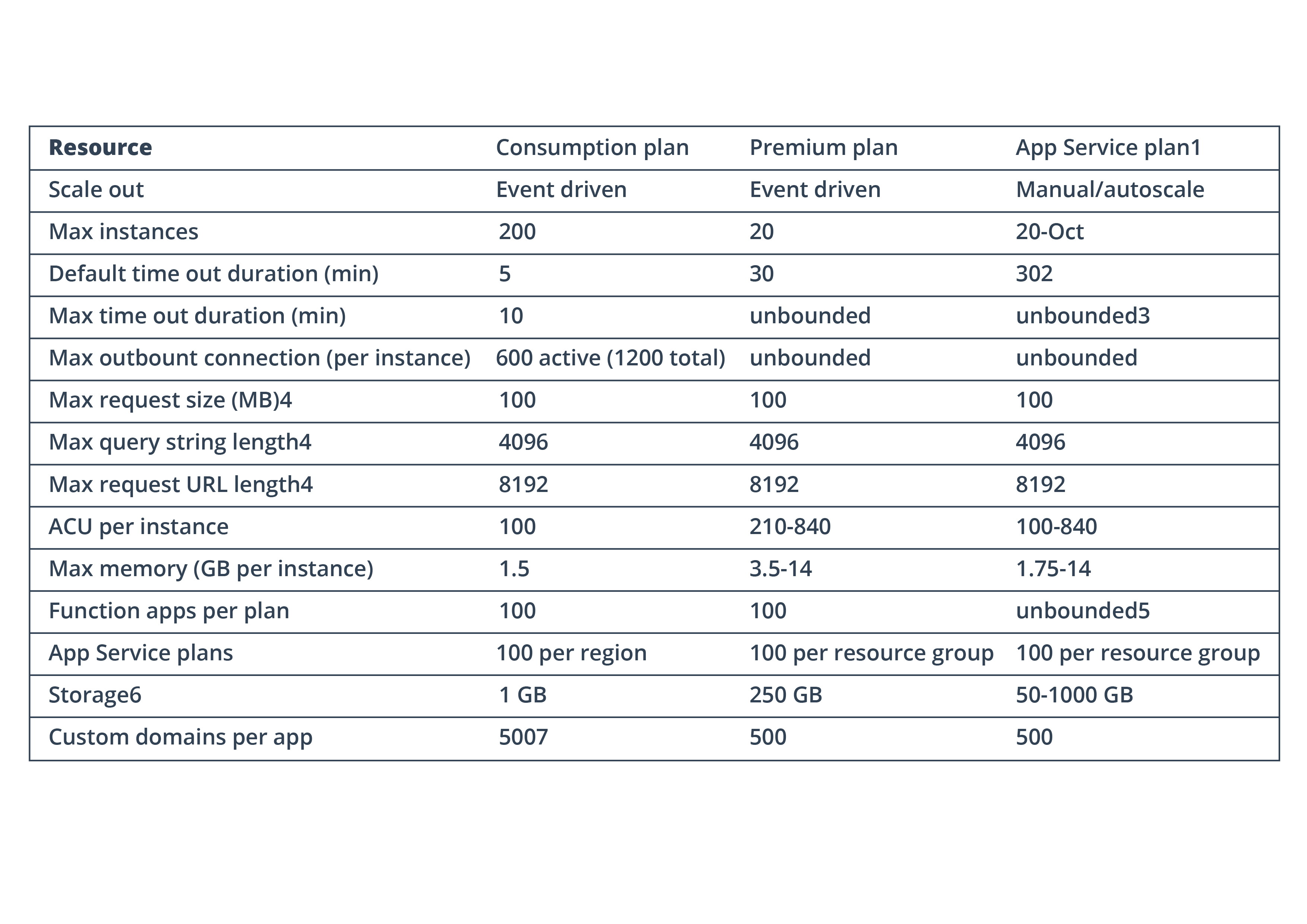 Azure: Pros and Cons You Need to Know About

Despite remarkable benefits, especially those Azure can offer to companies, having a small number of functions that needed to be hosted, some businesses may find a traditional architecture a better option. Let’s find out what features and pitfalls you can come up with, once you have Azure Serverless Functions on your board.

With all that said, the developers focused on reducing the TTM factor, and building easy-to-use flexible solutions can enjoy the benefits and power of Azure Serverless Functions for sure. In case you need an application with a small number of functions to perform short-running tasks, serverless computing will be an excellent money-saving investment.

Published at DZone with permission of Kateryna Kotyk. See the original article here.