Mobile apps are not born easily into the world.

Behind every successful app is an exhausted team of individuals, who have all been working tirelessly through bugs, crashes, design and usability issues, and test after test after test. They’ve survived arguments and misunderstandings, missed deadlines, and less-than-pleased stakeholders. They’ve sat through meetings where no one agreed on anything, and where problems were mounting but solutions were hard to pin down. Disagreements and miscommunications are a natural side effect of the app-making process.

But does it have to be?

Why Is Cross-Team Collaboration so Hard? 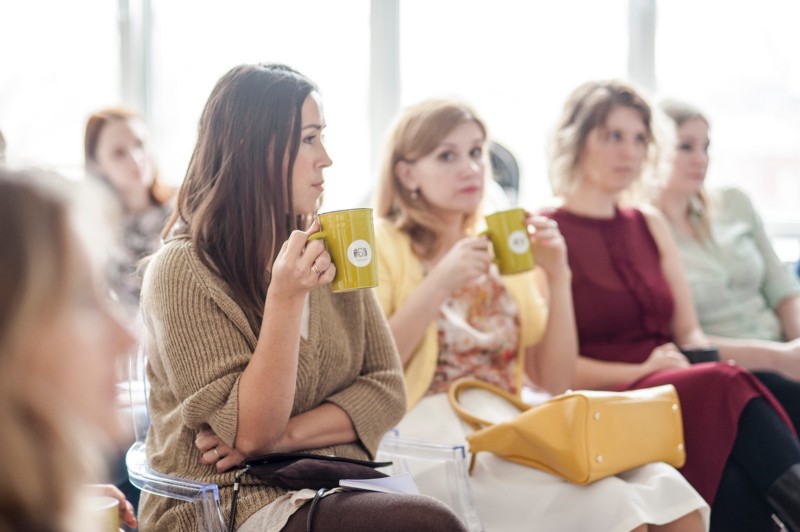 Discord between different teams and individuals, such as between the developer and the designer, is bound to happen when teams collaborate on a multi-faceted project. Each team concerns itself with its own set of KPIs, leading to tugs-of-war when it comes to prioritizing features and processes.

The biggest tragedy in cross-team miscommunication is the loss of the most precious resource app development teams have: time. Time spent trying to agree on a strategy, choose a feature out of several options, or decide where a button should go is time that can be spent fixing performance and usability issues. This can mean the difference between a successful app and a flop.

What’s needed is a data-driven, impartial, knowledgeable third party — someone that can help make decisions faster, and answer hard questions about the quality of the app.

There is a potential peacemaker between app development teams, and it’s not one you might expect: qualitative analytics.

Answering the “Whys” With Qualitative Analytics

Disagreements between teams often arise when it’s very clear that there is a problem that needs solving, but no one knows how to solve it, or even how to define it. This is where it’s most crucial not just to focus on the right data, but also to use it correctly. Teams can easily fall into pitfalls such as collecting too much data or too little, instead of simply having the right data. This leads to analysis paralysis, hasty or misled decisions, mistakes, and tension for everyone.

The number of downloads, number of crashes, MAU/DAU and other quantitative KPIs are a logical first step, but they can only show so much. They uncover the fact that a problem exists, but not how to fix it. They show the “how many” and not the “why.” Qualitative analytics completes the puzzle by using a unique set of tools to answer those “whys.” These tools go beyond the numbers of traditional analytics, adding a closer look at how users behave and why they behave that way:

Zooming into user behavior on a single-user level, session recordings show the team exactly how users are experiencing the app, and break down the user’s actions to give a detailed walkthrough of their interactions and behavior. This qualitative feature removes the guesswork from app analytics. That way, teams can communicate better and make better decisions, instead of having to read between the lines of numerical KPIs and disagree on the causes of whatever problem they encounter. For example, maybe the dev team and the product manager can’t find the cause for a crash. Session recordings break down the actions users took right before the crash happened, shedding light on the problem in a way that is understandable for both departments. 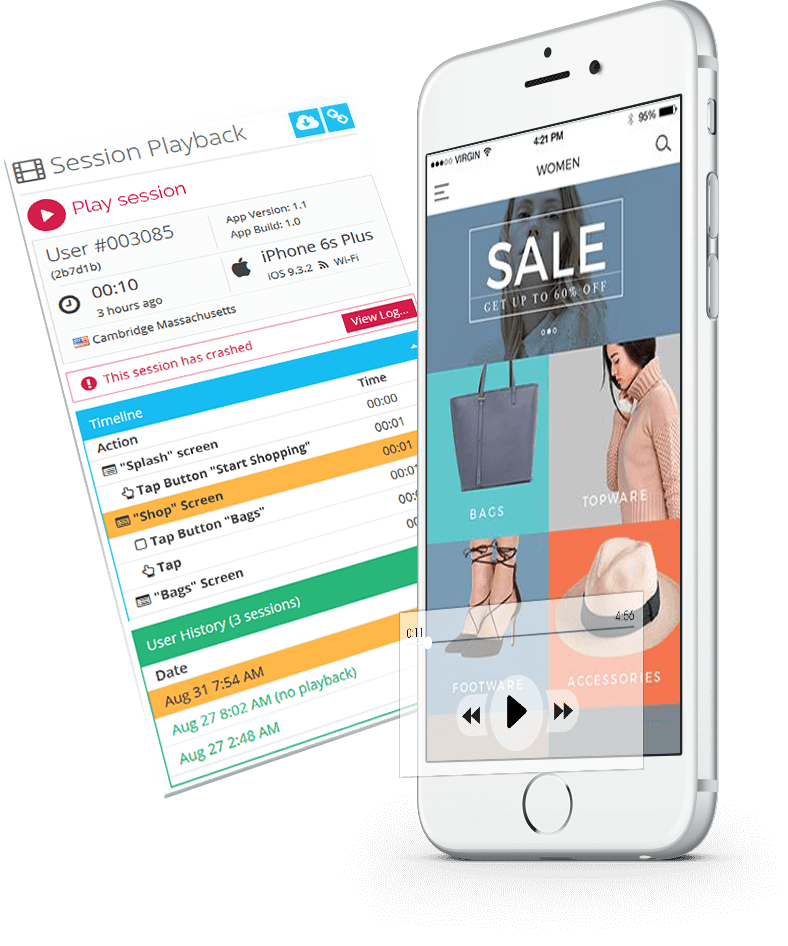 If user session recordings offer qualitative analytics on the single-user level, touch heatmaps take user experience and map it out on an aggregate level, by showing where users interacted with the app on each one of its screens. This color map helps solve UI and usability issues with app features and ads, as well as point out what users are enjoying or not enjoying about the app. For instance, the UX/UI team and the marketing team might be dealing with a usability issue on an interstitial ad. Touch heatmaps will color the areas on the screen with which users interact the most, bringing problems like unresponsive gestures and design errors immediately to the team’s attention. Instead of searching for, or disagreeing on, the cause of abandonment rates on the screen, the teams will immediately know what’s going on: a gesture issue that causes users to close the app, a layout that goes beyond the user’s screen limits, or a misunderstood CTA. 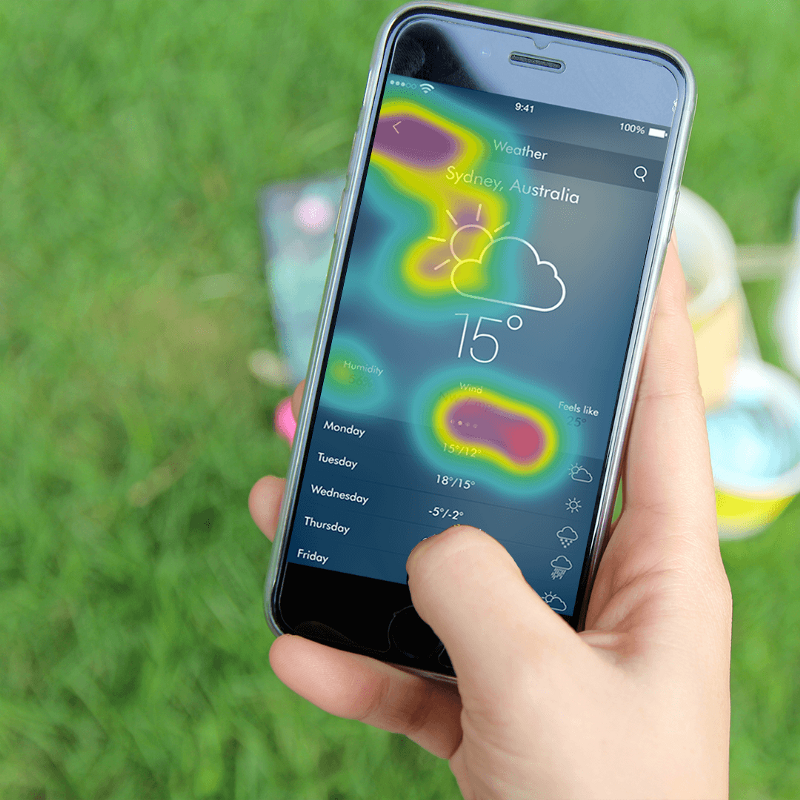 Qualitative analytics tools can be used by pretty much every team or individual in the company — from developers to customer support representatives. Every team can benefit from being more data-driven. Adding qualitative data to the quantitative data of metrics such as number downloads and MAU/DAU can reveal powerful optimization opportunities. The company as a whole is more empowered to make good, data-driven decisions, instead of arguing/miscommunicating over possible problems and solutions and stepping on each other’s toes. Here are a few examples of cross-team disputes/confusion that qualitative analytics can settle:

The Dev Team and Design Team Are Arguing: Is It a Performance Issue or A Usability Issue?

All developers use crash analytics to try and pinpoint the line of code that needs to be edited. Developers may be skeptical about why UX analytics can be of use to them, but they too can use qualitative’s session recordings — as a crash recreation tool. Qualitative analytics can also help with those performance issues that are harder to find, or that may originate in a usability problem, such as unresponsive gestures or ANRs (App Not Responding). With touch heatmaps and user session recordings, discovering the causes of these slippery troublemakers becomes easy to do at just a glance.

When the company fails to reach its set KPIs, everybody knows about it: it’s easy to see and it’s easy to stress out over. Understanding what caused the drop is a lot harder. Is there a hidden performance or usability issue? Did a completely unrelated ad show up and ruin the experience? Are users unhappy with a new feature, or the lack of one? Qualitative helps solve this by handing the marketers and product managers a handful of relevant session recordings to view. They can watch the users who didn’t have a good experience from the minute they launch the app, and see what made them fail to stay and convert. Maybe the users didn’t understand the copy in a pop-up message. Maybe a lot of them looked through the menu for a certain feature and couldn’t find it, and the marketing team can tweak the app’s copy to better reflect the existing features. In any case, finding a solution and testing it out is a lot easier with the help of qualitative data.

In-app ads can be dangerous app minefields when not properly monitored, and poor quality ads have been known to send users running. What’s the best way to deal with an ad that may be problematic? With quantitative analytics, the marketing team and the UX team would each look at the numbers of quits from the in-app ad screen, and then would have to try and guess why users left. Is it the copy that they didn’t like, or was there a usability issue that left them no choice but to “kill” the app? Qualitative analytics makes the problem a lot clearer: if users are encountering a usability issue like a missing link or an unresponsive button, touch heatmaps and session recordings would show either of these happening in real-time. 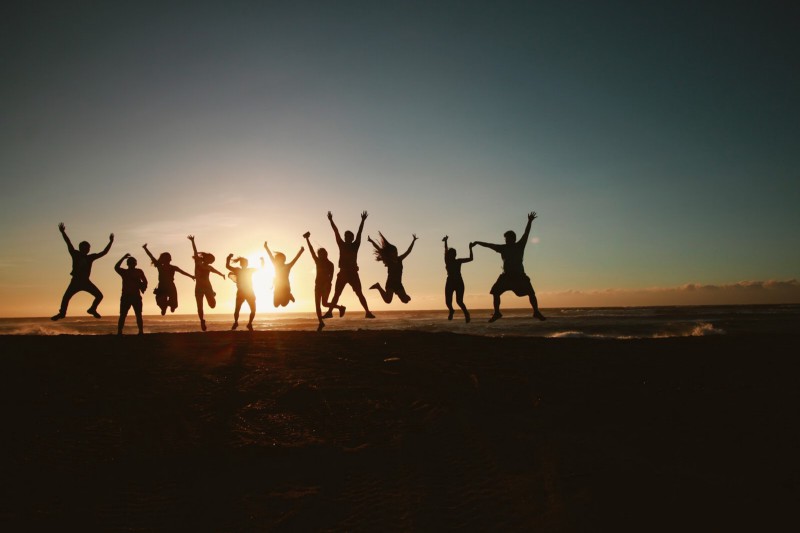 Just like any family, mobile app teams can suffer from miscommunication and tension. The good news: many of these incidents can be solved with better communication and good leadership. Others are simply a waste of time and can be solved with qualitative data that reduces guesswork. With qualitative tools such as user session recordings and touch heatmaps, many of the problems that cause rifts between teams can be solved. Qualitative analytics can show the root of the problem instead of just alerting teams to the fact that the problem is there. All in all, cross-team efforts benefit from staying focused on the same goal: the user.