Continuous testing is one of the keys to the DevOps kingdom.  Your pipeline needs to move fast to keep up with ever-shrinking release schedules but you can’t afford to sacrifice quality or UX in the name of speed. The solution? During each stage of development, Development teams need to balance testing every scenario against the amount of time needed to generate meaningful test results.  However, it’s understood that a “test everything” approach isn’t practical;  therefore, you’re left with a balancing act for teams to negotiate. This blog focuses on a continuous testing methodology to determine which devices to test at each stage of development.  The highest-performing teams are the ones whose game plans match target platforms with each development stage; this stage-specific testing strategy is fundamental to meeting your fast feedback needs while ensuring a great UX.

Breaking Down the DevOps Team Processes by Stage

We’ve established that it’s important to know which platforms to test against, in which environments, and when to execute, in order to streamline the continuous testing process.  Everyone involved in the product release should understand both the testing trigger points that must be defined in each stage and how their tests fit into the overall pipeline in order to meet project schedules and reduce UX risk.  Perfecto’s Factors reference guide gives you a head start with guidelines for determining which platforms you need to cover and how to fit them into your DevOps process.  The table below summarizes the Perfecto’s research. 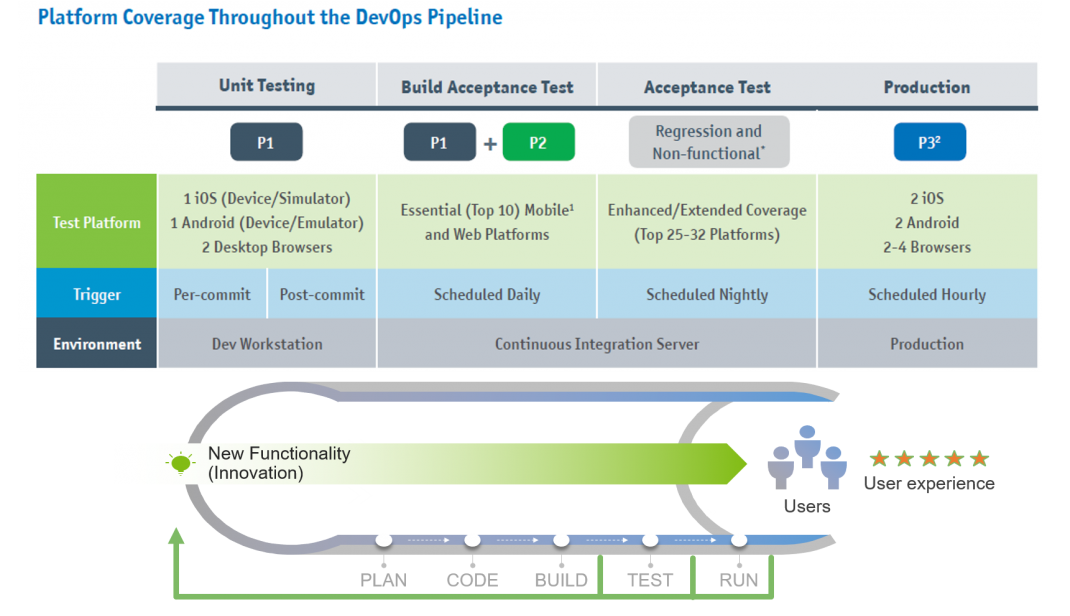 Overcoming the Pitfalls of Maintenance in Continuous Testing