In this article, let's discuss how to run a Docker build faster with a simple tip.

Let’s assume we are containerizing an Angular application. We created a Dockerfile in the project’s root directory: 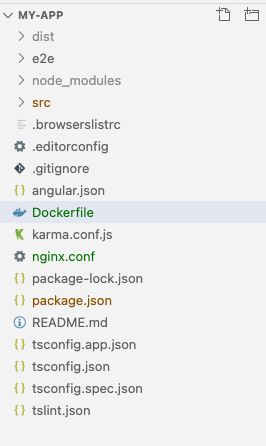 On a side note, you can calculate the time taken to run any command in Linux/Mac by appending the word time before your command

The Nginx image we used to build our Docker image is just 20.6MB in size. Why is it taking 53 seconds to build such a small Docker image?

The culprit here is the build context.

In the docker build -t my-img . command, you might have noticed the . (dot) at the end, which implies:

The Docker build command will first compress and create a TAR file of everything inside Build Context’s directory. Then that file will be sent to the Docker daemon to build the image.

How to Avoid This

What's the Catch With This Solution?

Dockerfile can only refer to files/folders available in its current directory or its subdirectories.

In our Angular Application, we need content from the dist folder to build our Docker image. The dist folder usually gets generated in the root directory by the ng build command.

If we moved the Dockerfile to the Docker folder, we can’t refer to the dist folder from Dockerfile.

How to Fix This

This will ensure the dist folder gets generated inside the Docker folder all the time.

After, let's run docker build from inside the Docker folder:

This same technique can be applied for Spring boot applications as well.

In a Spring Boot application, let's start by creating a Dockerfile in the root directory.

As you can see, the docker build command sent 81 MB from the build context to the Docker daemon, and the build took nearly 12 seconds to complete.

Now let's move the Dockerfile to a separate folder, say Docker. Instead of manually copy-pasting the JAR/WAR file from the target folder to the Docker folder, we tweaked the spring-boot-maven-plugin a little.

After the mvn clean package command, our folder structure will look something like: 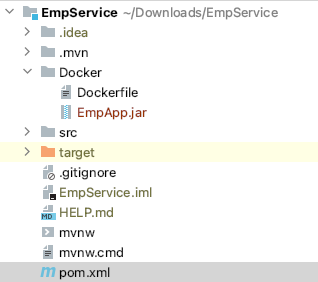 Now the Docker build only sends 40 MB (size of EmpApp.jar) to the Docker daemon and the entire build took only 4.49 seconds.

Published at DZone with permission of Vicky AV. See the original article here.