Ideally, I want users to be able to use Vue Clock in either environment. Unfortunately, these environments require the code to be bundled differently, which means I'll have to set up two different builds.

The common configuration is exactly as it was before (I've abbreviated most of it to save space), except I've removed the entry and output.filename options. I'll specify these individually in the separate build configurations.

This plugin registers the component globally, so the user can call the clock component anywhere in their application.

Exporting as a Library

Note that the Node bundle uses the single-file component as its entry point and does not use plugin wrapper, as it is not needed. This allows a more flexible installation:

I've abbreviated most of this file, but the important things to note are: 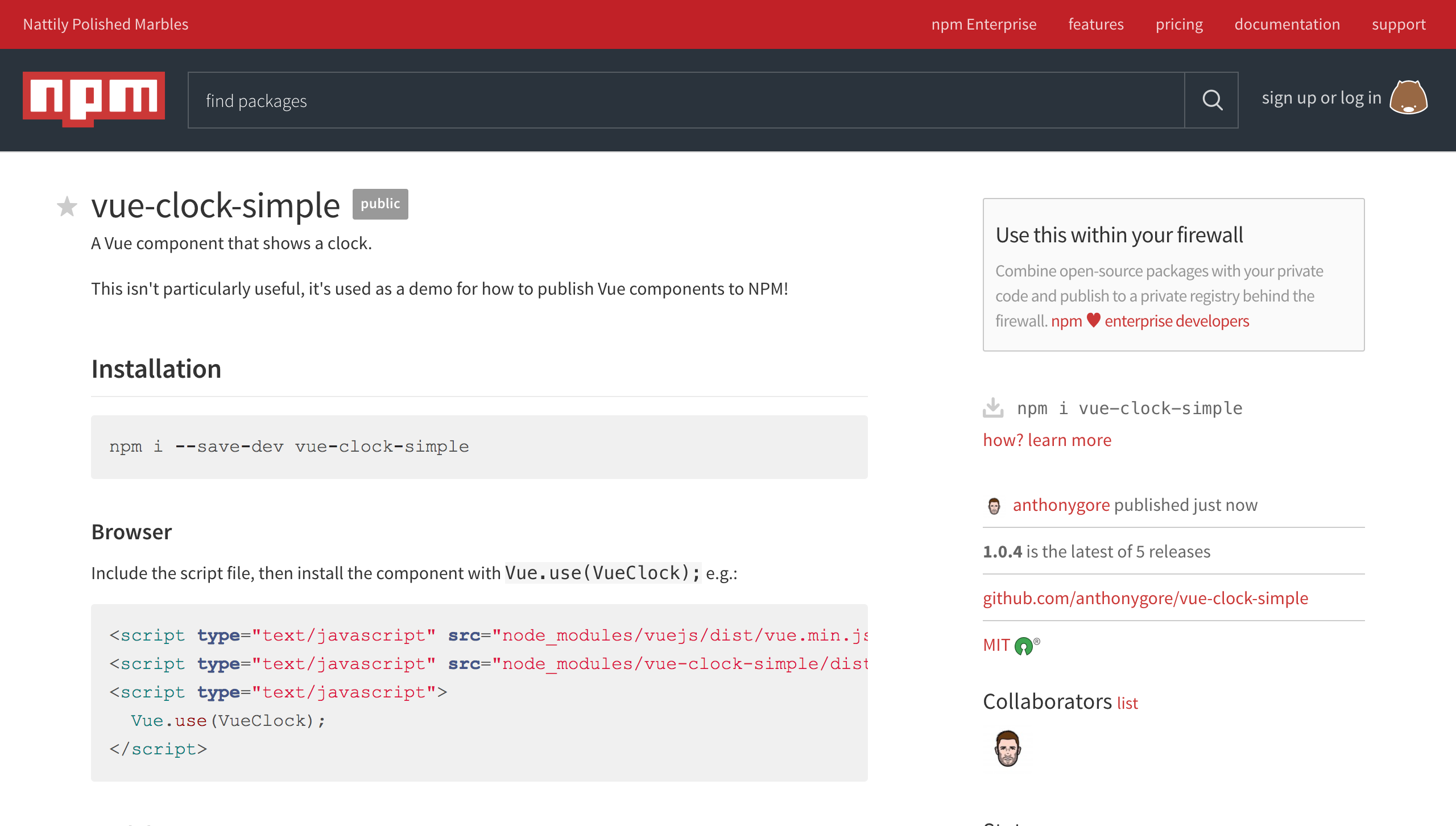