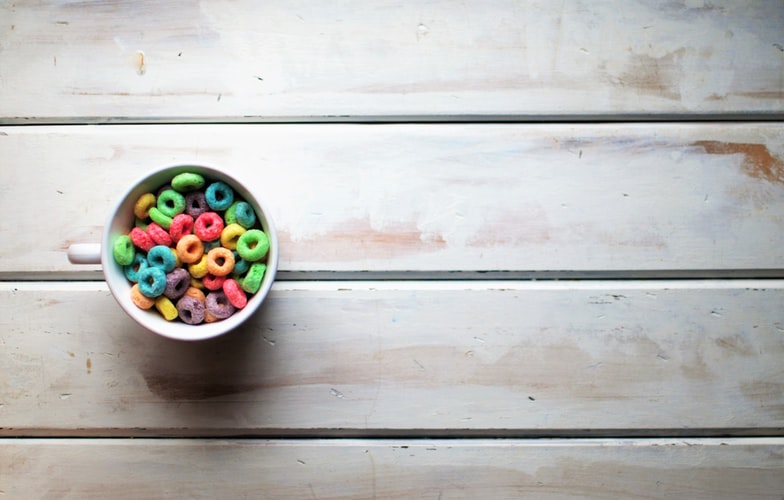 These loops can definitely relieve stress.

You’re working on a project. Let’s use a non-coding example, just for fun – say it’s a presentation to introduce a new initiative at your company. You have a first draft of the content done, and you send it to your boss for her feedback. She makes a few revisions and then says she’d like to share it with the leadership team to see what they think.

They go through and suggest even more changes, before saying that they’d like to pass the draft to design to get the wheels turning about some graphics. At that point, the design team makes several more suggestions — many of which contradict the original ones from your boss.

Do you see where this is going? What started out as a simple request for feedback quickly transformed into a lengthy process that resulted in a convoluted mess. Now, you can’t even tell which way is up.

A feedback loop is any system that collects, synthesizes, and responds to information in order to produce a higher quality outcome. In a technical context, examples of feedback loops include code reviews, automated test suites, and NPS scores. In the context of day-to-day work, it’s basically what collaboration should look like on an agile team: bouncing ideas off each other, reviewing works in progress, and communicating about what's helping you be more effective (and what's not).

This sort of thing happens all the time, for a variety of reasons.

We don’t want to make the mistake of leaving anyone important out of the process, we feel comforted by affirmations that we’re on the right track, and in all honesty, it’s nice to know that we have others to share the blame if things don’t work out correctly. Additionally, we thrive on feedback. Studies have proven that frequent feedback — whether it’s positive or negative — boosts our motivation.

Trying to ensure that absolutely everybody has an adequate opportunity to offer their two cents often leads to a highly-inefficient (not to mention confusing!) process. That presents plenty of problems.

For starters, an overly-complex feedback loop can severely hinder productivity. Needing to sort through a tangled mess of revisions and approach people for clarification increases frustration and slows down project progress.

Additionally, work can be more prone to errors. It’s difficult to keep track of differing (and sometimes conflicting) ideas and suggestions from numerous parties, which means that some important changes are bound to slip through the cracks.

Let’s dig into four simple ways to make the feedback process as efficient and effective as possible.

1. Be Prepared to Constantly Evaluate

Here’s the thing about feedback loops: They seem to grow when you’re not looking.

One department asks if they can be kept up to date on the project, then another person says they’d like a chance to chime in, and before you know it, you’ve built something totally unruly. There are way too many cooks in the kitchen — you can’t help but knock elbows.

This is why it’s important to recognize that feedback loops aren’t a “set it and forget it” sort of thing. You need to frequently take a step back to evaluate your current process and see where you could streamline things or eliminate steps altogether.

You should also bring some structure to the different roles involved in group feedback and decision-making. Here at Atlassian, we use the DACI framework to establish clear roles and ensure everyone knows how they fit into projects and decisions. “DACI” stands for:

Establish those roles in your own group and pencil in time to evaluate your feedback process occasionally throughout the project, and you’ll hopefully avoid the dreaded ever-expanding feedback loops.

There’s little that’s more frustrating than completing an entire large project, only to find out at the very end that it requires significant changes.

While it might seem counterintuitive, it can be helpful to have shorter feedback loops — but more of them. For example, rather than cranking out that entire blog post and then asking for input, you could get the necessary opinions after completing an initial outline.

Not only does that cut down on eleventh-hour revisions and make it far less overwhelming for people to actually provide feedback (meaning they’ll likely be more prompt about doing so), but it also prevents that awful domino effect when you realize that a single change actually alters the entire project.

3. Be Specific About What You Need

Feedback is reassuring — we like to hear that we’re on the right track. You don’t need every single person to review every single piece of your project. You’re much better off identifying people’s strengths and then asking them to use that lens when providing their feedback.

For example, you probably don’t want the SEO team’s unsolicited advice about whether or not they like the anecdote in your blog post introduction — you only want their feedback on things like keyword density. It’s up to you to make that clear.

“Could you take a look and provide your feedback on this blog post?”

You need to be crystal clear about exactly what you want their advice and input on. In doing so, your note would look more like this:

“Could you review the blog post and provide any changes we should make in regards to SEO? Our aim is to have this rank on the first page for the keyword ‘marketing hacks.’”

By doing that, you’re essentially setting limits for the type of feedback you hope to receive and reducing the clutter of uninvited suggestions and revisions.

4. Recognize the Difference Between Feedback and Approval

There are probably numerous people within your organization who want to take a quick glance at a project before it’s launched into the world. There’s a big difference between providing a stamp of approval and offering real, constructive feedback.

That’s why it’s helpful to split people into two groups:

Those who fall into that first camp will need to be brought in for feedback earlier. Those who are in the second category? They should only be looped in at the very end — right before you check that project off as complete.

Doing this reduces bottlenecks by cutting unnecessary players out from certain parts of the process, empowers you to accomplish projects faster, and also shows a certain level of respect for everybody’s time.

Because, in all likelihood, the VP of Marketing doesn’t really need (ahem, or want) to be copied on all of your correspondence about a single blog post draft. They only want to do a final review.

Feedback Should Be Productive, Not Problematic

You know that feedback in the workplace is important. It fosters a positive company culture built on honesty and transparency, and it also leads to a far-improved finish product.

But, that doesn’t mean that we should all be constantly seeking more and more feedback. You don’t want too much of a good thing, and bloated feedback loops serve as a point of frustration by slowing down project progress and increasing errors.

Your feedback loops are something that requires constant attention and streamlining to ensure they’re as effective and efficient as possible. Use these tips, and your team’s feedback process is far more likely to serve as a huge help — rather than a hassle.

The Basics of the VA API Feedback Loops

Published at DZone with permission of Kat Boogaard. See the original article here.