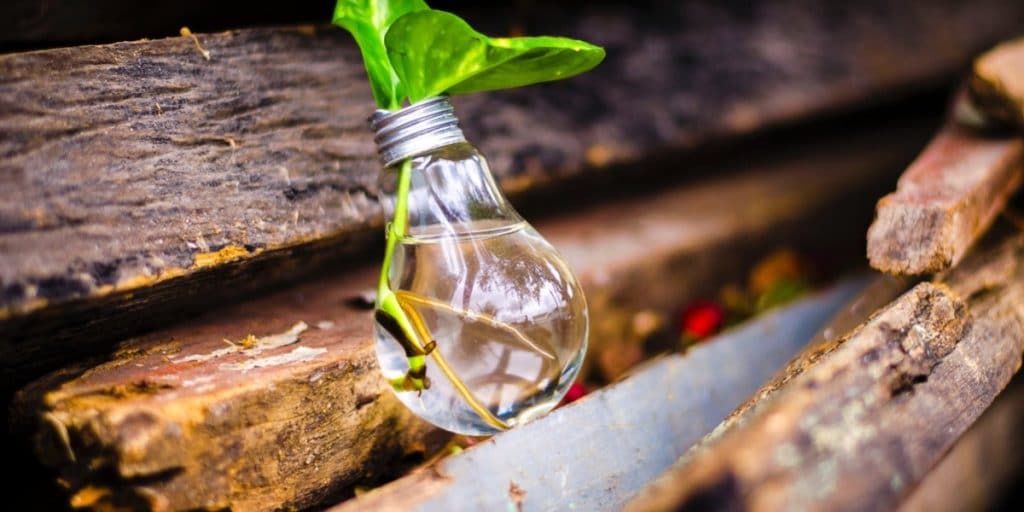 You want to turn on this lightbulb of innovation? Start with your company culture.

Making digital innovation a core competency is key to any enterprise's survival and growth in the modern era. We caught up with NearForm Technical Director Damian Beresford, whose presentation at the Amsterdam CIO Summit suggests how enterprises can make a success of innovation.

You presented at the CIO Summit in Amsterdam on a topic that is close to many CIOs' hearts: the fact that succeeding with digital innovation is difficult and very often fails. That's a big statement to make. Where are enterprises falling down?

There are definitely many examples of digital innovation projects that are succeeding, but those are often outweighed by projects that don't. That is really worrying, especially in more traditional sectors like financial services, which are facing regulatory and other pressures that mandate major change.

A big part of the problem is the balance among the three different types of innovation that companies attempt. First is "organic" innovation, where innovation activities are internal; then there's mergers and acquisitions (M&A), where companies acquire their innovative concepts as relatively mature offerings via merger and acquisition; and finally, co-creation, working with vendors to bring new concepts to market. The growing problem is that most companies over-rely on the second kind.

What's wrong with innovation by M&A? If nimble, smaller companies have spotted an opportunity they can move faster on, isn't it efficient for a larger company to buy in those proven ideas, instead of wasting time by ideating in-house?

I'm not saying this strategy doesn't work. But a lot of large companies are only innovating via M&A now. They are often paying a very high premium for a new product or service that someone else has de-risked, but it's arguably a lazy way to innovate. You will see a much better return on investment via organic innovation; and you'll also develop the skill-sets -- the innovation culture -- that you'll need to survive long-term. Innovating via M&A doesn't always work either (there have been quite a few high profile disasters!). M&A introduces complexities that can often be insurmountable if not given the right focus, but more fundamentally, you can't buy the culture changes that are necessary to bring about systemic innovation, and seamless customer experience doesn't happen overnight!

The title of your talk to CIOs in Amsterdam was "Innovation and Modern Methodologies." Were you presenting a blueprint for how to go about organic innovation more successfully?

Not so much a blueprint as an overview of the modern innovation methodologies that we know are successful, when they're used correctly: Design Thinking, Lean, and Agile. A lot of that success, of course, is connected to culture in an organization; we work with a lot of enterprises and see first hand how they innovate. We get to experience what works and what doesn't. In order to move quickly, a lot of successful enterprises effectively try to create a startup mentality internally; they have what is essentially an internal venture capital-like fund, with a traditional "funnel" of innovative projects. The idea is first identified and receives some support, then it's validated, executed, and the benefits are realised.

We see Design Thinking, Lean, and Agile methodologies used to great effect in such a funnel at various stages. Also one of the values of having such a funnel is that you kill concepts that are not valuable -- something a lot of companies are not good at!

It is also important that these processes are nimble; often it can be slow to get alignment in large organisations. There is a trade-off here between fast decision making and risk; this is a key balance to get right in every enterprise.

So, starting with Ideation at the top of your funnel: are enterprises going wrong in the process right from the get-go?

Often, yes. One reason innovation fails is that people don't have enough ideas and they don't pick the right ideas. From a culture perspective, you need ideas coming from the ground up and not just top down. Design Thinking plays a key part, having an obsession with the customer needs -- and the customer, by the way, could be another department; it doesn't need to be an end-user. It could be the finance department who wants to serve everybody to the best of their ability.

When Design Thinking is operating at a systemic, cultural level right across the organisation, that means everyone is fixated on doing what's best for the customer and feels that it's up to them to think of new ways to achieve that mission.

What about the next phase, Identifying and Supporting ideas?

This means that everyone in the organisation understands that they are free to -- and in fact, they're expected to -- speak up if they have an idea on how to make things better, and they also understand how to get their idea through the process. And, by the way, there is an antipattern we see here: the use of hackathons and collision workshops. They might generate a few ideas, but they're more of a hat tip to innovation. I've never seen anything useful come out of a hackathon but tired developers!

But let's assume we have an organisation where everyone understands how to put ideas forward on an ongoing basis. The next critical step is to identify the promising idea and give its promoters support to see it through to execution. It needs a true commitment from the organisation: because there is an opportunity cost here. You're taking these people out of their day-to-day jobs and giving them, say, a six-week window in which this concept needs to be validated.

Ideally, that support comes from something like an Innovation Team. What we've witnessed is that, where that support isn't there, ideas tend to remain dormant. Word quickly spreads that bright ideas are being requested but not nurtured, so why should anyone come forward? There has to be an absolute commitment to supporting people with ideas, even if the idea doesn't make it all the way through the funnel and is found to be not viable.

You've spoken about the value of rewards for employees who come forward for this process. I can see how that might fall down in large bureaucratic organisations. How does it work best?

It's about intrinsic and extrinsic motivation. Intrinsically people need to feel that it's personally rewarding and valuable and that they are contributing to the organisation. But also, they need to be extrinsically rewarded with salary and benefits and promotion. We have seen people who advanced an idea and were supported in it, but who found later that their career was effectively on hold -- their career path was damaged -- when the idea didn't pan out. An entrepreneurial employee should be extrinsically rewarded even for coming up with a promising idea. And if that idea makes it all the way through the process and contributes $20 million to the company, you should absolutely reward that person in terms of compensation and career path.

A lot of what you are describing sounds more like psychology and human resource management and culture than technology innovation.

Once ideas are given support -- from the likes of an Innovation Team -- the next stage in the funnel is Validation. You said before that this is the step where NearForm makes a real difference. Why's that?

Because we work closely with enterprises to deploy a rapid process -- what we call our discovery phase -- and because it really works. You can think of it as modern Lean methodology, which has its roots in something called discovery-driven planning, which goes back to the 1990s. We conduct this phase with companies to deliver an accelerated validation of a concept for digital projects that typically last around 2-4 weeks.

The process can be design-led, architecture-led, or devops-led -- whatever is right for a particular concept; it's very much a consultative engagement. But let's say it's an organisation who wants to develop a new customer journey. During this accelerated two-week period, we bring the customer, the business, and technology together; we kick off with a very intense workshop, and then the rest of the two-week period is spent on the outcomes of that workshop.

What are the outcomes from that two-week validation or discovery process?

There are typically three outputs. For design-led engagements there is a high-fidelity prototype that can be put in front of stakeholders and customers, to test the assumptions that have fed into the project up to this point. Second, there's a detailed architecture document that describes how the product will be built and the technology choices that will be used (we actually put a huge emphasis on architecture, something that I think has fallen by the wayside in a lot of Agile projects), as well as calling out major risks (and their proposed mitigations) and the assumptions that we're making. And the third output is the work plan that defines the team needed to build this, and when it will be built. The work plan is effectively a refined project plan that specifies what the go-to-market-ready product will look like and what the milestones towards its creation will look like, what resources you will need, and it also provides you with a rough budget.

What is involved in the final phase - co-innovation?

We see a lot of companies produce good digital strategies and even run successful pilots and still not be able to fully execute. We help our clients execute, and this part can't be overlooked. It's often the case that there are challenges within the organisation that could stand in the way of your project being a success: for example in terms of resourcing you might not have the appropriate skills or capability, or it may simply be a capacity problem.

Co-innovation is a successful pattern that we see time and again, where innovation works: enterprises opt to bring in delivery specialists from outside who work very collaboratively with their internal team to make the magic happen. It's so satisfying, and it's a very modern way to innovate. It brings collaboration to a level that many enterprises have never visited and might not be comfortable with, but it works. And it works fast.

Why the Flow of Ideas Is Vital for an Innovation Ecosystem