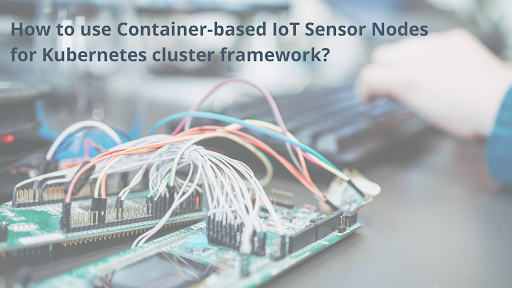 Internet of Things(IoT) devices and related technologies have been gaining more traction over the years. Especially during the pandemic, IoT-based technology saw a massive adoption in effectively tracking COVID19 symptoms, tracing, and even monitoring vitals.

IoT is a system of interrelated computing devices with unique identifiers that record data and transmit over a network without human-to-human or human-to-computer interaction. From different types of sensors to beacons and wearables, there is no end to the possibilities that IoT offers for usage in remote data aggregation, processing, and transmissions. 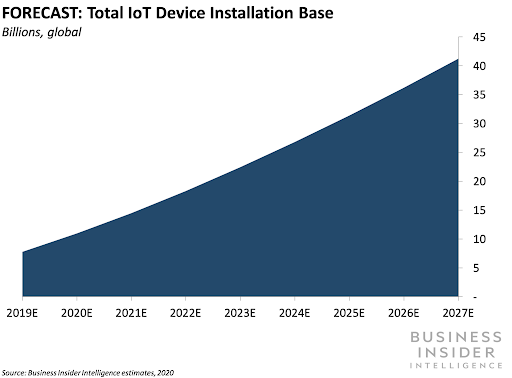 According to Business Insider, there will be more than 41 billion IoT devices by the end of 2027. As the demand for IoT devices increases, businesses will need a reliable architecture to handle scalability needs. This is why IoT-based development and analytics are moving towards edge computing.

The shift of IoT from cloud to edge is driven by factors like security, latency, autonomy, and costs. However, using edge computing is not easy as you need to handle the distribution of loads over several nodes.

This problem has an orchestration solution like Kubernetes, which can help distribute and manage loads. Here, we will discuss how the concept of containerism can help leverage the Kubernetes cluster framework for container-based IoT sensor nodes. But, before we do that, let’s understand Kubernetes.

Kubernetes is a container orchestration platform that runs on several virtual machines to handle scheduling and resource management for Docker containers. It manages the entire lifecycle of individual containers and helps in resource management as per scaling needs. Kubernetes also ensures high availability for offering a failsafe mechanism, where if one container is down, it will automatically launch another one.

Functions of an orchestration platform like Kubernetes is not restricted to just resource management, but it also offers a mechanism for different apps to communicate with each other. This communication is not disrupted by underlying individual containers that are created or destroyed as per scaling needs. It also enables the scheduling of containers as per load requirements in a cluster of container nodes. 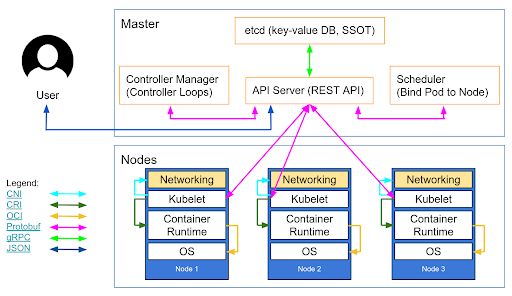 The entire Kubernetes system architecture consists of major components such as:

Let’s look at these components briefly to understand the architecture:

The master node server is the centralized controlling unit of the Kubernetes cluster and serves as a contact point between users and system admin. It deploys, monitors, and manages containerized apps on top of worker nodes.

Kubernetes API server is a critical component of the cluster framework. It allows the configuration of workloads by enabling communication between nodes in the cluster. The API server also validates data by executing a RESTful interface with different API objects like replication controllers.

It handles the replication tasks as defined by API servers. The controller manager analyzes the new data and moves the current state to the desired state in case of any change.

A scheduler allocates the workload tasks to worker nodes in the cluster. It analyzes the environment, reads the operational needs, and then assigns workload accordingly on the acceptable nodes.

It is a distributed, reliable, and key-value data store for shared configuration for shared discovery. Etcd is a core component of the Kubernetes cluster that offers dedicated storage space to store configuration data.

Now that we have an idea about the different components of Kubernetes basic architecture let’s understand how to leverage it through IoT sensor nodes.

System Architecture for IoT-Sensor Based Nodes

An IoT sensor node records data and transmits it into the system, which is then used for analysis through an algorithm or other purposes.

As you can see below, the architecture has five Raspberry Pis connected to a central hub forming a network switch that uses Ethernet for communication between the Pi boards. These are five nodes that form a cluster, with each one of them having a camera sensor.

Hypriot is installed on each Raspberry Pi to support the docker containers, which is inherent. Next, you need to connect the Pi board to a computer server and configure IP addresses for the nodes to be operational. 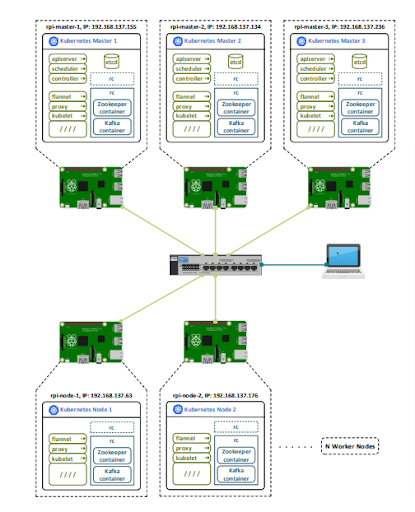 You need to configure the Kubernetes cluster for the Pi boards by installing necessary components across the architecture.  You can use two methods to install the components, either by direct installation on the bare machine or using docker containers. The first part of the installation deals with Kubernetes master nodes.

As you can see here, four significant functions (etcd, API server, controller, and scheduler) will form the crux of your Kubernetes master node. The process begins by installing the etcd servers for the Kubernetes cluster.  Next, a flannel helps with the establishment of the container. Finally, it offers container-to-container communication over the network.

Once the network is configured through flannel, the Kubelet component executes three vital services: API server, controller manager, and scheduler. The final step is to configure the proxy for master nodes and worker nodes. It is one of the most crucial processes in the entire architecture.

For example, if you want to develop an application that can leverage the Kubernetes cluster architecture, you need a proxy configured for scalability. In addition, a proxy helps in the deployment of other worker nodes when one fails by employing the master flags. 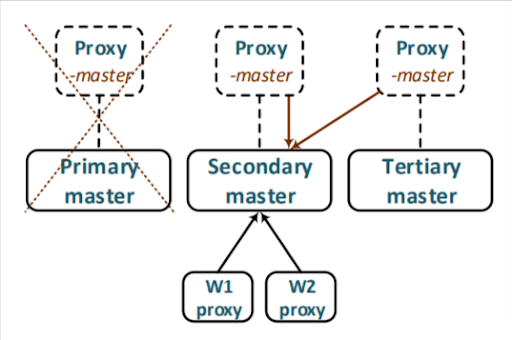 If one master node fails, the master flag is shifted to another. The best way to test different flags for scalability needs is to develop an MVP or Minimum Viable Product and configure a proxy for higher availability over further iterations.

Kubernetes cluster framework can be a great way to achieve enhanced digital transformation: a term used to deal with sudden market demands or scaling. With a container-based IoT sensor node used to form a cluster and installation of the Kubernetes master component, you can achieve the ability to scale on-demand. Significantly, the proxy flags can have endless possibilities of configuration for higher availability.

Kubernetes is the answer to the limitations of legacy architectures that do not offer much when it comes to scalability. IoT sensor nodes are gaining popularity due to a surge in smart device users worldwide. Using these nodes to build a Kubernetes cluster framework can help your applications scale easily and enable lower disruptions in service.