microsoft has started rolling out the mango updates to the windows phone 7 users around the world .

the time that took me to update my phone to the windows phone mango was somewhere between 10-15 minutes . very fast isn’t it?

developers who have the wp 7.5 beta can update their phones to the windows phone 7.5 rtm without having to fall back to the backup taken intially during the provisioning process and the provisioning cleanup update is made available to the devices running the build 7712 .

there are 2 updates for the developer devices ,

to update your developer devices to windows phone , follow the steps below

1. connect your phone to the the pc, you will get an message stating "an update is available" . see below for details. to continue, click update now. available update: update for windows phone 7 for isv beta (7720).

2. the updates will be downloaded and installed . you phone will be restarted accordingly . donot unplug your device from the pc until the update is complete .

3. once the first update is installed , the phone checks for additional updates . 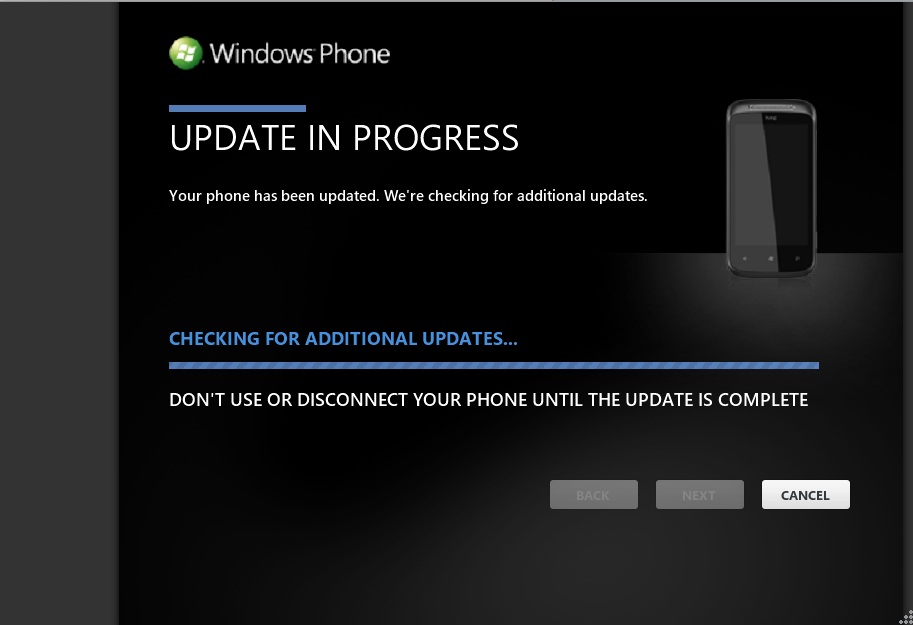 4. another update to clean up the beta update provisioning  on your phone will be downloaded and installed 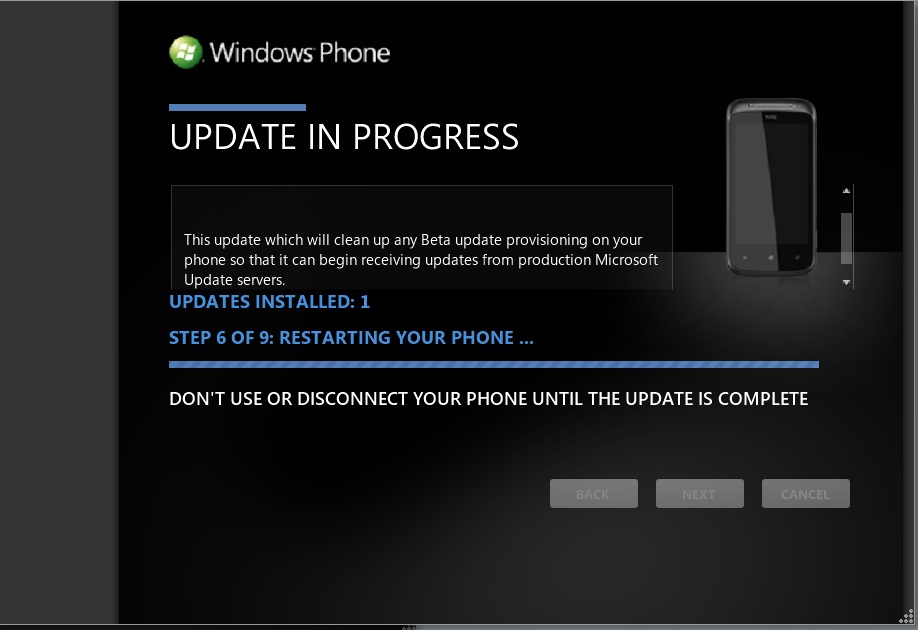 within few minutes , the phone is updated to mango rtm 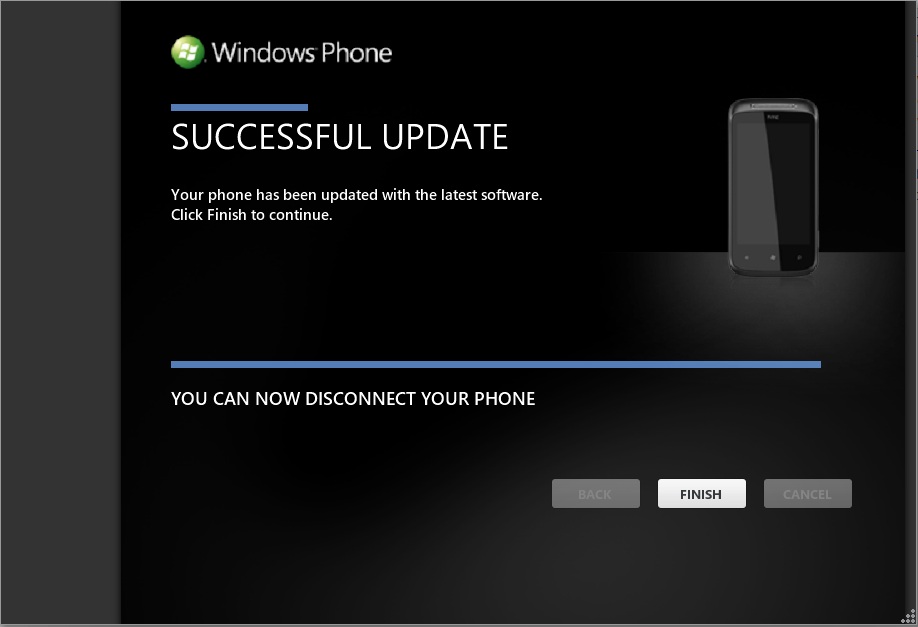