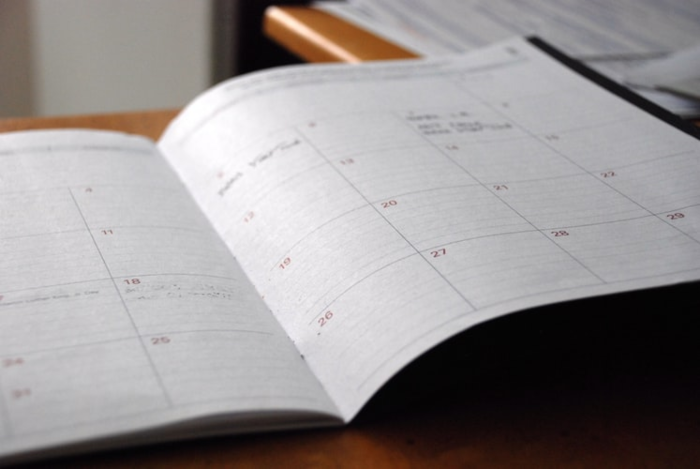 Find out what happens during 30 days of feedback.

Continuous feedback has been growing in popularity for a few years now. It's one of the agile's most treasured principles, after all. I love finding ways to measure and improve, so in the spirit of experimentation, I decided to get as much feedback as I could in thirty days.

Continuous feedback is when employees have an ongoing open dialog with their managers about their strengths, weaknesses, and goals. The feedback is timely and actionable, and delivered frequently, instead of holding back and shared all at once during a formal review.

You may also like: How to Encourage Feedback Learning at Work

Many companies now favor continuous feedback over the traditional annual performance review. Though it sounds scary to frequently discuss your growth areas, it’s far more productive to make incremental adjustments throughout the year than making big changes all at once after receiving a ton of feedback.

Here’s What I Did

In my experiment, I went beyond the usual workplace context and asked all my peers, friends, and loved ones to give me feedback.

Yes, I am that crazy.

I solicited feedback after meetings with tight-knit peers, after first meetings with new team members, and also after rehearsals – in my after-hours musical theater hobby.

In other words, I was asking for all the feedback.

After each interaction, I’d reach out by chat, email, or a casual conversation, and ask how they thought the meeting went if they thought my input was helpful, and even when it came to my performing career if I was singing the correct note during a difficult song. I also asked for feedback in my weekly 1-on-1s with my manager.

I assumed I’d get lots of feedback by casting such a wide net and asking such open-ended questions, but it wasn’t as simple as that. Sure, there was the occasional direct piece of feedback, but in general, I got things like, “Uh, yeah, that was fine” and “I can’t think of anything.”

Turns out, I’m not alone in this: one survey found that sixty-five percent of employees want more feedback. Women struggle to get timely, actionable feedback to advance their careers and often receive contradictory feedback. So, what to make of it all?

At first, I was frustrated. How the heck was I supposed to use lukewarm (or nonexistent) suggestions to make any progress? After some reflection, though, I realized that the silence and casual comments weren’t about a lack of information, it was how I was interpreting it. I was so focused on getting Feedback (capital “F”) that I was missing the continuous feedback I received all the time!

I realized then that this is what continuous feedback looks like. It’s the observations and feelings and requests that people share with us every day. It’s the most timely feedback, which is also the most actionable.

Once I shifted my mindset to broaden my scope from Feedback to seeking out continuous feedback, I started collecting all sorts of helpful comments. From a tactical perspective, I realized that I organize information differently from my manager. This insight is useful for future conversations with him, but also more generally to make sure that I’m sharing in a way that makes sense for my audience.

The comments about other actors following my lead is a great reminder that you can be a leader without having a fancy title. Being confident, being willing to speak up and ask questions, and being willing to make a bold (if wrong) choice all contribute to the view that you’re a leader in your circle. It was also a reminder to use this power wisely, both in my hobby and in my work.

Of course, personal relationships are always a give-and-take. While it wasn’t a new insight to find out that my husband likes to come home to an empty dishwasher, it’s always nice to feel appreciated. That appreciation starts a virtuous cycle of appreciating each other, which drives us both to keep contributing.

This same reciprocation of pitching in, giving feedback, and recognizing contributions are important at work, too.

Continuous Feedback Is All About Asking the Right Questions

Getting continuous feedback is all about matching the right question to the situation. What is your relationship to the person you’re asking for feedback? You’ll likely approach an executive much differently than you approach a peer. It’s also helpful to consider the time and place. Are you having an annual performance review with your boss or a casual coffee meeting?

Performance reviews are traditionally focused on long-term growth and annual contributions on big projects. The situation is formal, and often follows a traditional model like the Situation, Behavior, Impact (SBI) framework.

In response, you might ask clarifying questions, like, “Do you mean…?” or “What should I do to address this skill gap?” A casual coffee meeting is different. It might focus on short-term action items and immediate project needs. You might ask questions about how to improve a specific piece of work or ask for help approaching an upcoming milestone meeting.

In contrast, if you’re brainstorming with a peer, you don’t need to ask them formal questions like rating your overall contributions to the brainstorm or how they think this brainstorm will contribute to your five-year career goals. (Although it would be amusing to hear their answers.) Since you’re collaborating on shared work, these questions can be more prescriptive.

Open-ended questions work best in informal scenarios, regardless of the power distance. “How did that land for you?” is a great question to ask to avoid biasing the response, and allows someone to give positive and constructive feedback. Often, this question opens the door to a more detailed conversation about the next steps.

I created this chart below to map out the types of questions that I found work for different scenarios. On the x-axis is the “power distance,” or how much authority someone has to give feedback. On the y-axis is “formality,” or how much the situation is set up to give and receive detailed feedback. Most people focus on the upper right quadrant (high power distance and highly formal situation) and ignore the other three quadrants, but there’s so much insight to be gained from feedback shared during less formal or urgent situations.

Three Tips for Getting Continuous Feedback

Use open-ended questions whenever possible. These types of questions open the door for more details and mitigate bias in the framing of the situation or nature of feedback. People tend to give feedback on the thing that they’re focused on at the moment, so framing the context of the question but allowing space for them to share yields insightful answers.

How To Conduct 1-On-1 Feedback Meetings With Employees

How to Shorten Your Feedback Loops (and Reduce Your Team's Stress)

The Importance of Feedback in Project Management

Published at DZone with permission of Ashley Faus. See the original article here.