Chances are extremely high that I’ll never put down "Data Scientist" as my job. Considering what you do and what you know, I’ll bet a healthy percentage of you are in a similar situation. That’s OK. You know why? You know a lot of stuff about data, data movement, and data processing that a Data Scientist doesn’t.

This is me handing over a new dataset to the Data Scientist I’m working with: 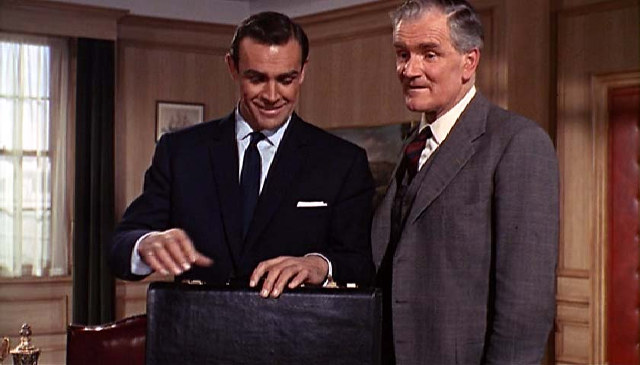 OK, really, it’s the best James Bond and the best Q in the second best Bond film (the modern Casino Royale is #1... third-best Bond, though). Anyway…

Like any other job, this isn’t about ones and zeroes. It’s about understanding the needs of the  Data Scientist. Each project likely has different purposes with different datasets from various locations, all of which may require all sorts of different types of processing from collating unstructured storage to moving data into a highly structured (and maybe even tuned) environment. In short, there’s a ton of work there, a lot of which isn’t going to be done by the person who has been extremely busy learning highly advanced algorithms — not T-SQL.

So, I may never be a Data Scientist (or a secret agent). I’m still learning new things, including mathematics (albeit at a snail’s pace) and I’m going to be able to apply that knowledge to help ensure my continued value as a Data Specialist. It’s time to stop worrying about whether you’ll have a job in five to ten years and it's time to start learning so you’ll be turning down work for 20 years.