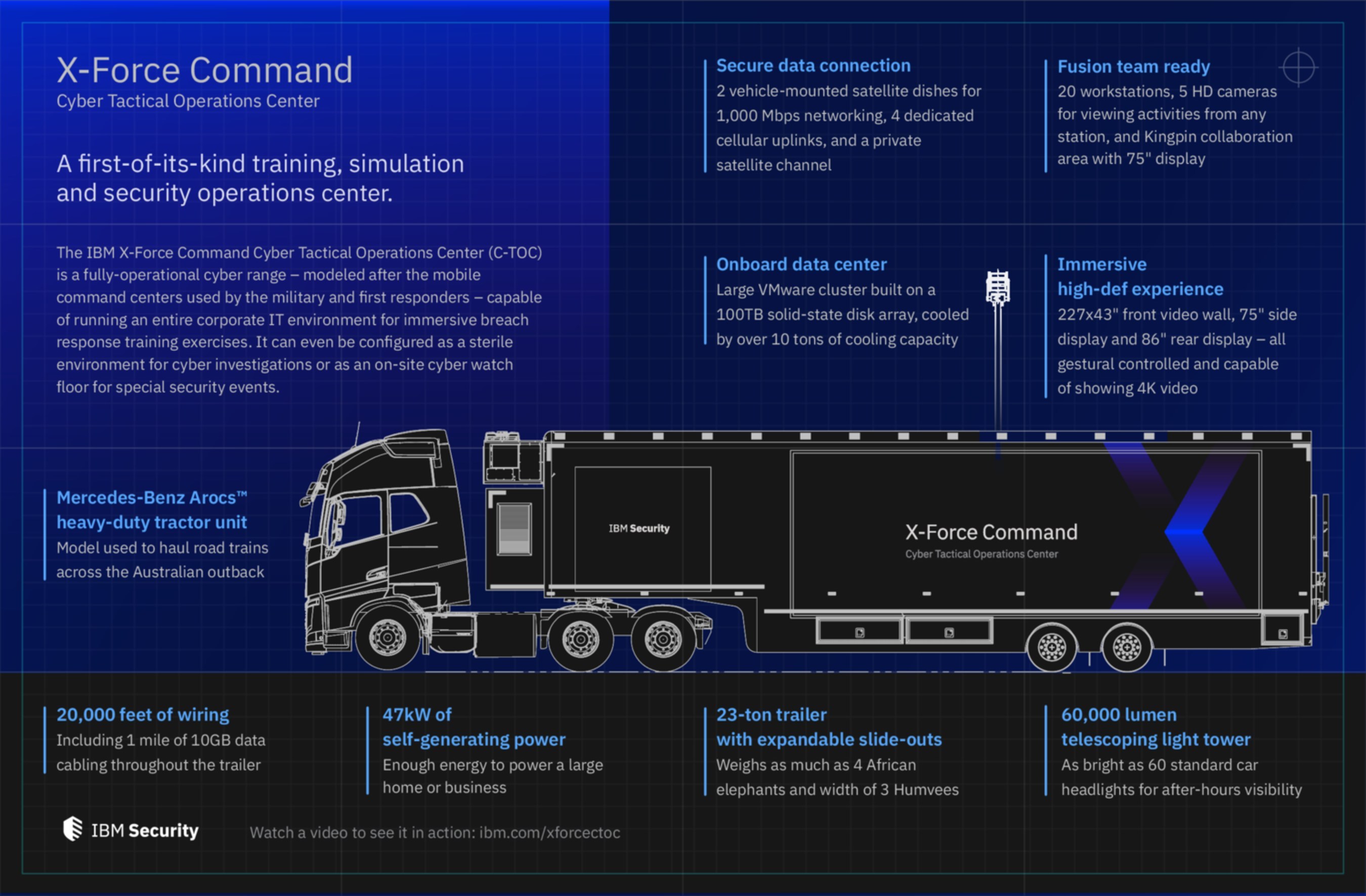 The IBM X-Force C-TOC is a fully operational Security Operations Center on wheels, modeled after Tactical Operations Centers and used by the military and incident command posts, which are used by first responders. Housed in a tractor trailer, the mobile facility provides a gesture-controlled cybersecurity "watch floor," data center, and conference facilities that can accommodate two dozen operators, white hat researchers, analysts, and incident command center staff. The facility can be deployed in a variety of environments, with self-sustaining power, satellite, and cellular communications, providing a sterile and resilient network for investigation and response, as well as a state-of-the-art platform for cybersecurity training.

The IBM C-TOC will begin its journey traveling around the U.S. and Europe, with multiple purposes: 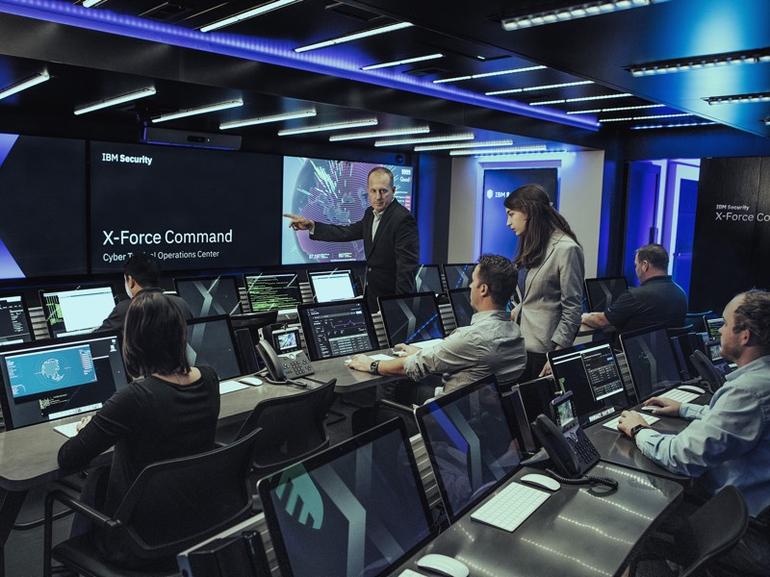 IBM operates one of the world's broadest security research, development, and delivery organizations, monitoring 60 billion security events per day in more than 130 countries and has been granted more than 8,000 security patents worldwide. In 2016, IBM invested $200 million in new incident response facilities, services, and software, including the industry's first Cyber Range for the commercial sector. Since then, IBM has taken more than 2,000 people through its immersive cybersecurity preparedness training in its facility in Cambridge, MA. With the launch of the X-Force C-TOC, this training is being taken directly to clients as well as an expanded mission to provide onsite preparedness and the potential for supplemental cybersecurity services.

The C-TOC training includes a "Cyber Best Practices Laboratory" with real-world examples based on experiences with customers in the Cambridge Cyber Range. It will also enable companies to participate in an immersive, gamified cyberattack, which allows teams to test incident response plans under a realistic, high-pressure simulation. Some examples of these attack scenarios include:

There's currently a skill shortage when it comes to cybersecurity analysts and experts, and it's hoped that exposure to the cybersecurity operations will give students an incentive to consider security operations as a career. It will certainly offer a compelling opportunity to those wanting to learn more and hopefully increase the odds that the white hats will stay just that bit more ahead of the cybercriminals.