We’ve recently been rewatching Parks and Recreation. It’s one of the greatest comedy TV series out there. If you’ve not seen it, I recommend going to Netflix and binge watching the entire thing, then come back and read this.

Back? Awesome. It’s a great show isn’t it? For me, the reason it works so well is the utterly differing character traits. Each character has their own identifiable traits. Which, being a nerd who also happens to write for DZone, got me thinking “let’s compare the characters to programming languages!” Enjoy! 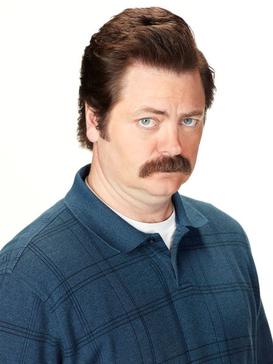 Ron does not believe in government or pointless middle management. Every citizen should be given his tax money back and be allowed to do exactly what he wants with it. Ron is the perfect C++. No memory management and no forced opinions. You do exactly what the flip you want. Access memory directly and clean up however you want, that’s not for the language to say! Ron C++ Swanson is no nonsense.

Quiet, unassuming but highly functional, I think this comparison is best summed up in the episode where April accidentally wipes all of the Parks & Rec computers and is reduced to panic and hiding under a table. After planning the new country and jobs they’re going to try, Donna appears. One second later, everything's fixed and working.

This is the quiet, unassuming power of Python. Both of them deserve a lot more credit and attention.

April’s character is notoriously cold and harsh and difficult to work with (particularly if you’re Ann Perkins). Nonetheless, she is impressively effective when she does do her job, such as running interference between Ron and the public.

When you first encounter Clojure it will mess with your mind. It is hard to work with (particularly all those braces!) Anyone coming from an object-oriented background in particular will take the time to break through the Clojure barrier. But once you’re there it can be a mighty powerful friend and asset.

I have no idea why Ann lasted as long in the show as she did as she brought almost nothing to it. I don’t understand why PHP is still a thing. Surely we can do better than PHP by now? *runs for cover* 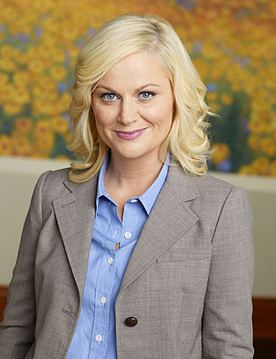 Leslie is always reliable and effective. Whatever needs to be achieved, both Leslie and Java can do it. It won’t necessarily be done in the quickest and most effective way, but it will be possible. In the same way that Leslie always has the support of her myriad of friends (who often disagree with each other), one of the main reasons Java is so incredibly successful is the huge array of supporting libraries and frameworks written for it.

Tom is one of the most lovable cast members on the crew but is famed for overhype and under delivery. Although he has some undeniably great ideas (Such as Tom’s Bistro and Rent-a-swag) he undeniably has some absolutely terrible ones. Whilst Scala brought a good implementation of the functional paradigm to the JVM consistent problems with the speed of SBT and the complexity of it as a language on a significant sized code base means it is failing to deliver as much as the hype it has brought. Nonetheless, Tommy won out in the end and if the Job boards are anything to go by it looks like Scala may too in the end.