Another year, another plethora of gadgets and gizmos from the woeful to the wonderful squashed into dozens of halls at Berlin’s Messe (fair) building. IFA is Europe’s equivalent of CES, a consumer electronics wonderland, and the two events race each other every year to claim that they are the most significant global event of their kind.

I struggled to find any overwhelmingly apparent themes this year, but here, in no particular order, are some that I loosely gathered together.

The ongoing trend of connecting devices in your home continues, aiming to solve problems you never realized you had. I wonder about the value of some of these connected devices, for example, how useful is a connected washing machine if you still have to do the hard work (loading and unloading) yourself. It might be cultural differences between myself and some manufacturers, but some of the advertising around smart home devices also bothered me. We have come a long way since the 1950s, where companies advertised home appliances with smiling women, happily stuck in their domestic duties, and advertising around new smart home devices sometimes smacks of the same old discrimination. 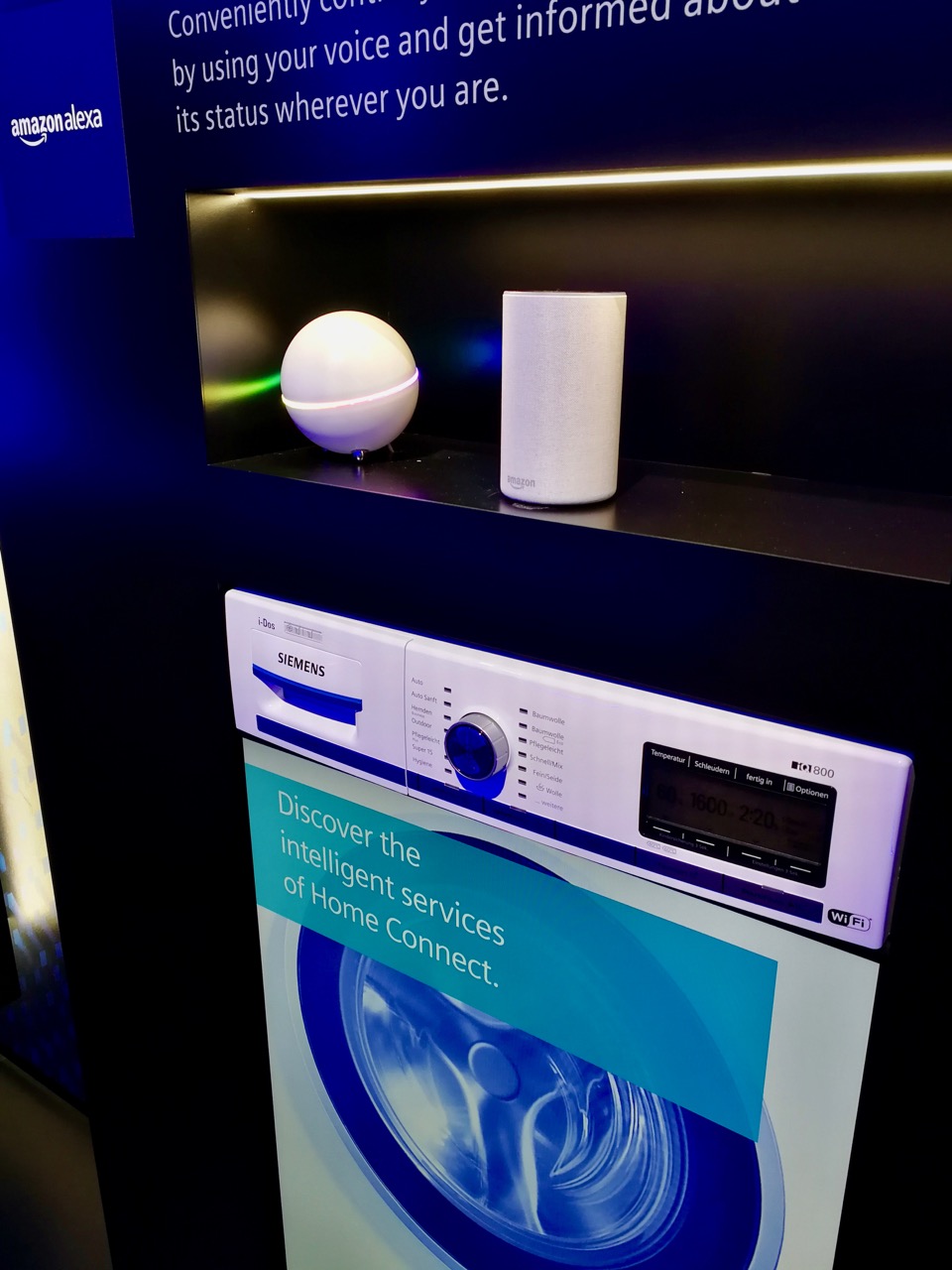 PaaS (Plants as a Service)

PaaS involves continuing and combining the trends of connecting everything and subscription services to feed those devices. IFA 2018 was the turn of subscription seed pods that fit into custom devices that provide them the light, water, and heat that they need to grow. I couldn’t get any answers from the two companies selling such devices if the resources needed to power them offset the benefits of growing your plants. After hearing that the creator of the coffee pod, John Sylvan, regrets his invention I wondered if the world needs another pod service and if these were bio-degradable (they should be). 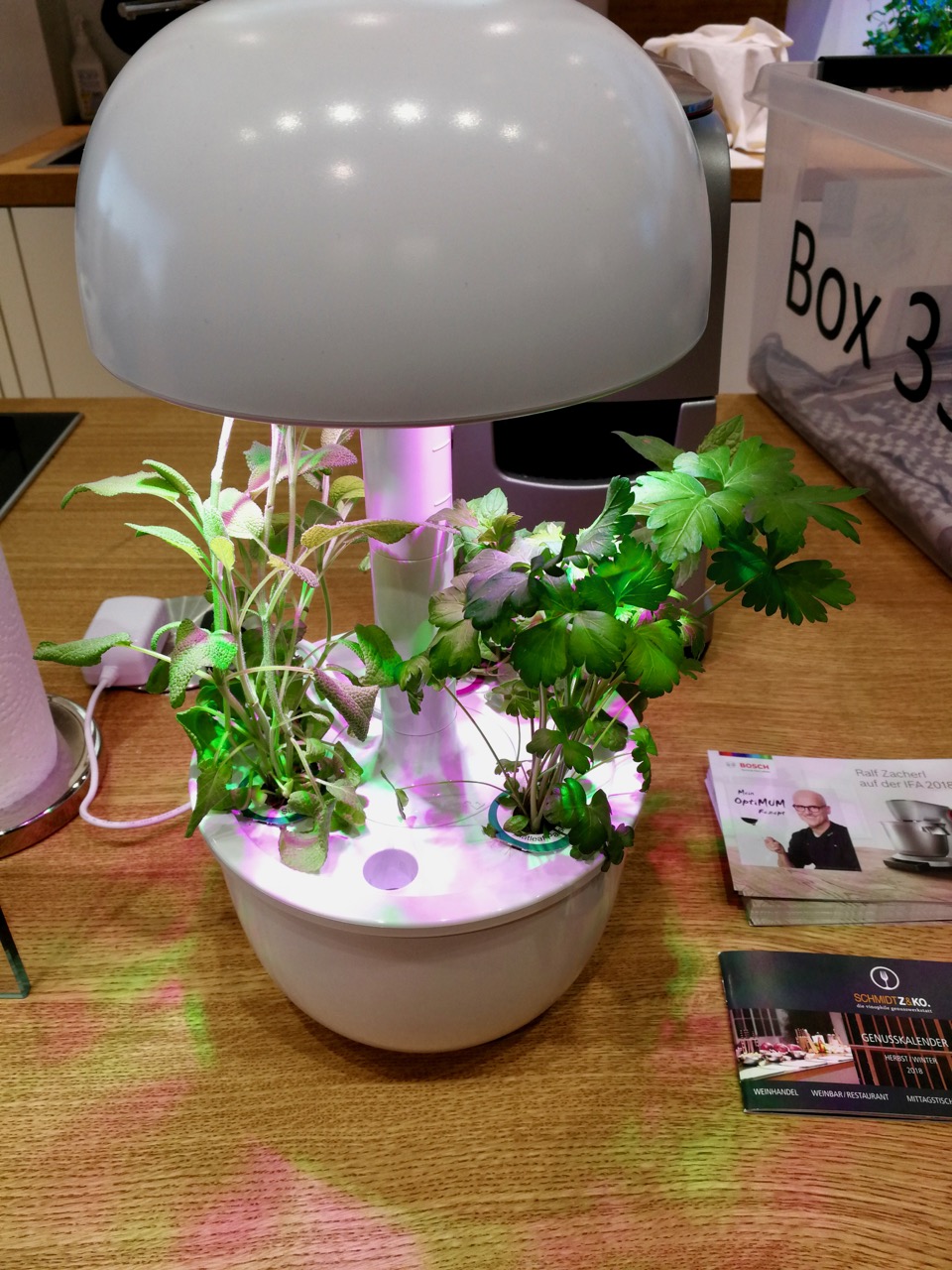 While the Apple touch bar didn’t set the world on fire, it hasn’t stopped PC manufacturers from creating their own versions. Lenovo had something resembling the touch bar on the ThinkPad X1 Carbon in 2014, and even Microsoft had a prototype of the idea in 2010. Asus announced a new ZenBook that has a curious second screen and adaptive controls embedded in the touchpad. The booth staff showed it to me with smaller screen previews, controls for office, and Adobe software, a place for signing your signature, and more. Lenovo also released a new version of their Yoga Book that features a more powerful and flexible screen-tablet-keyboard. I have one of the original Android versions, and I still enjoy its unique — if flawed — design. 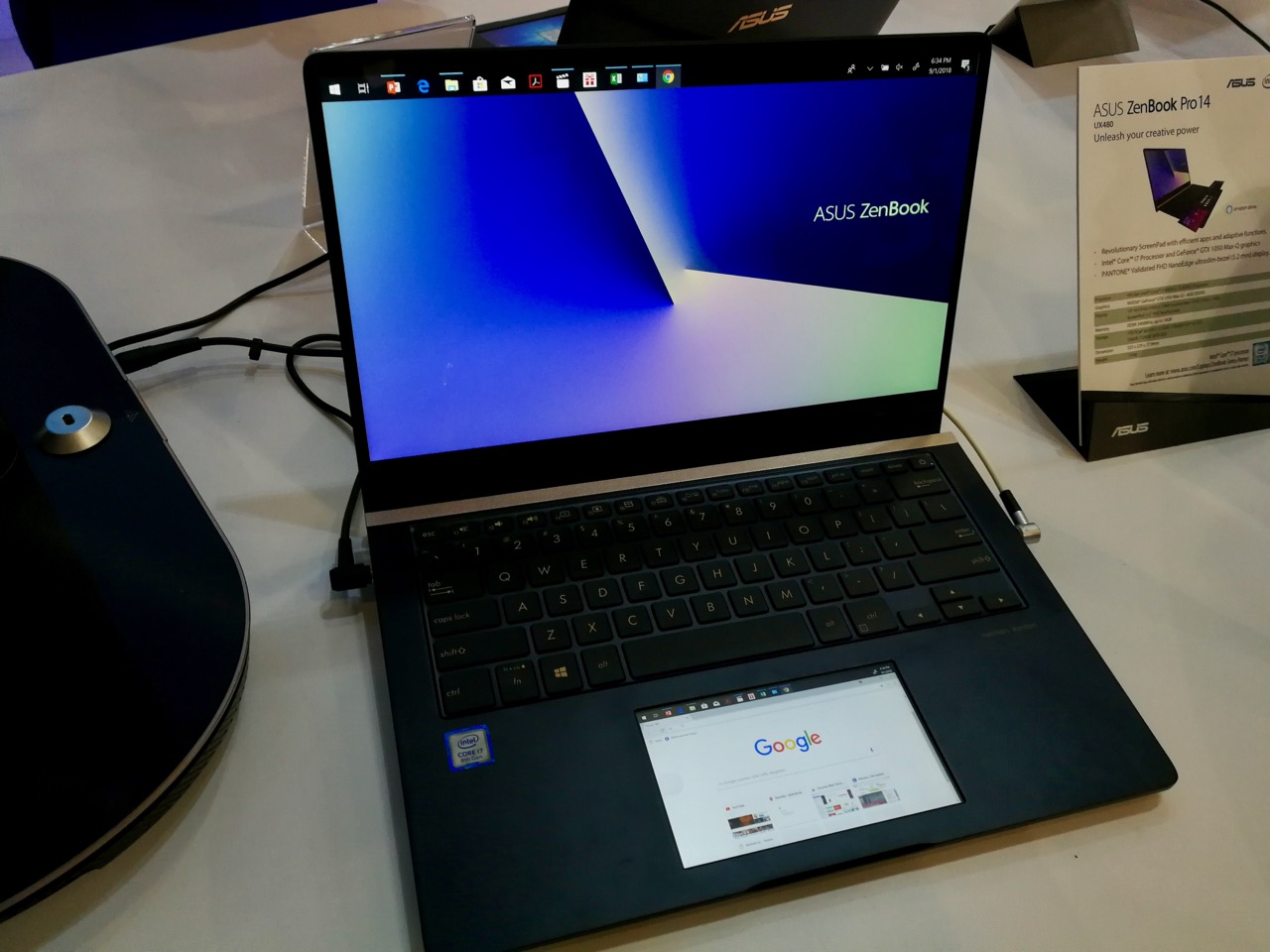 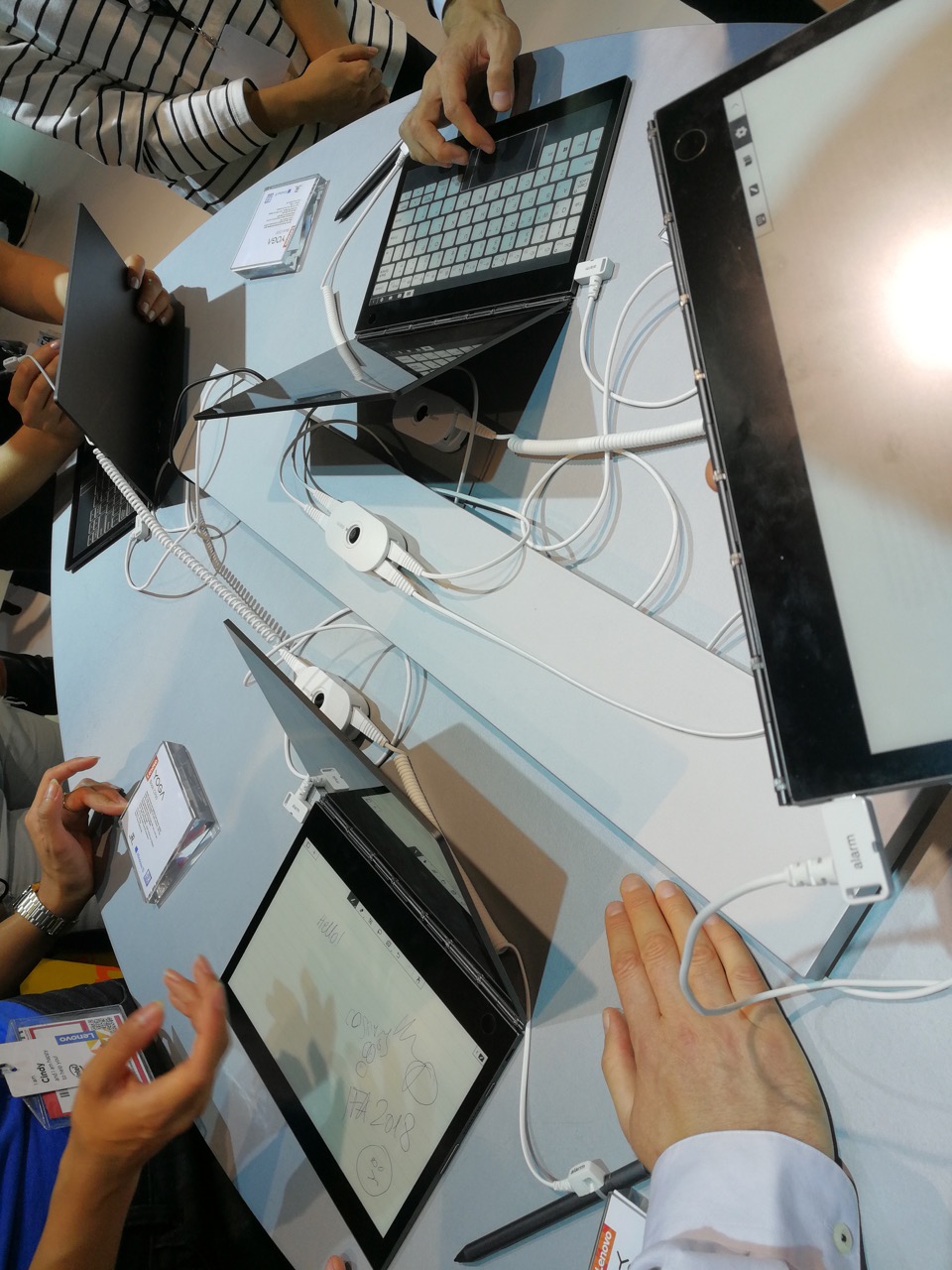 Where Are They Now

In a brief round-up of companies you’d-forgotten-about-with-surprising-new-products, did you know that:

Did you want to know? 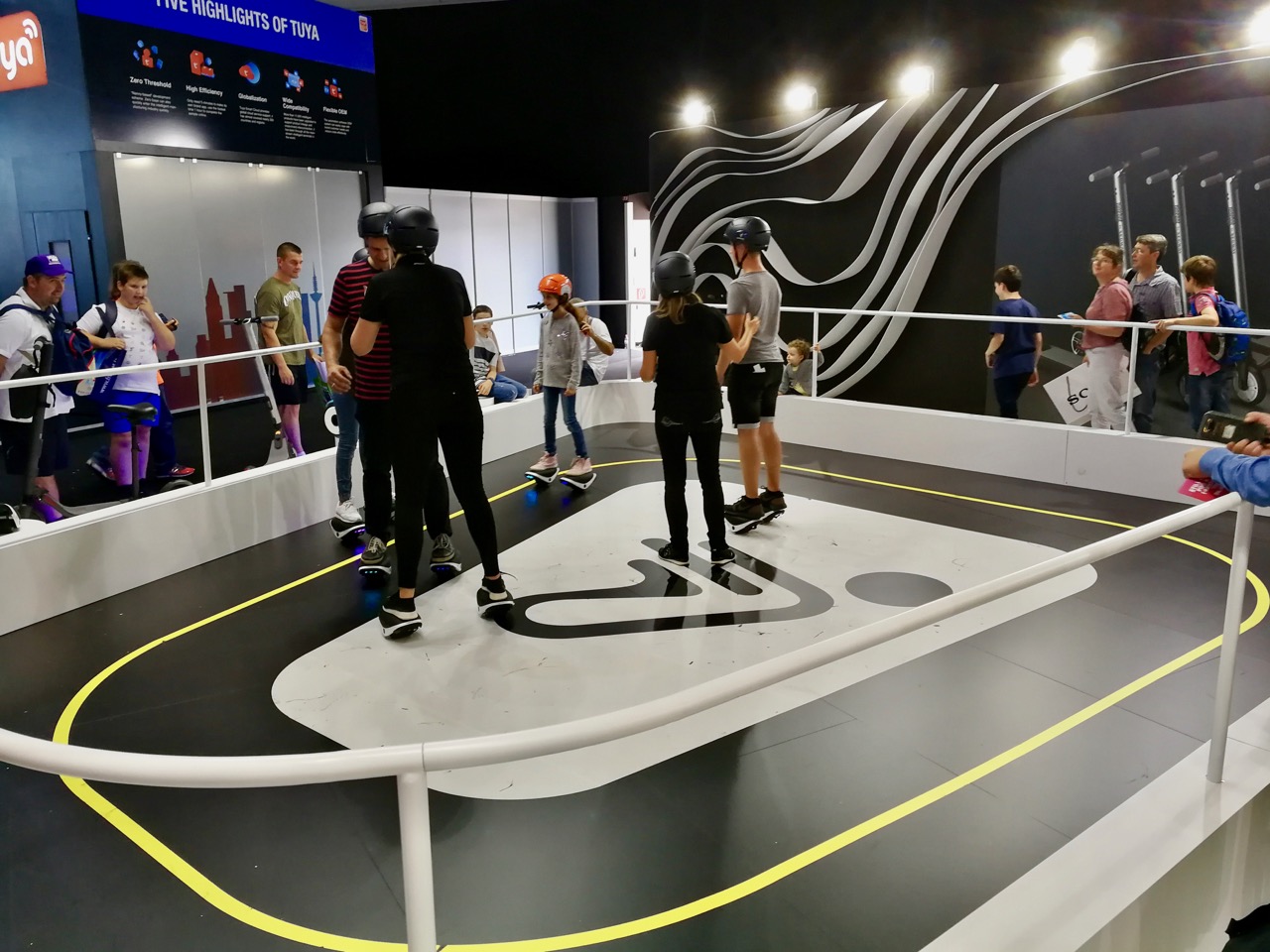 One evening, I visited the IFA-Global side event, a vast hall full of Chinese OEM and ODM companies you have probably never heard of, but have likely bought products made by them without realizing. Apparently, these purveyors of generic wares are looking for media attention, but after a handful of curious conversations, I wasn’t entirely sure about that. Still, I learned that some of these companies sell tens of thousands of products every month via sites like Amazon, eBay, and AliExpress, so they aren’t doing too badly. As the press contact on-site described it,

“They are the largest invisible niche.”

Oh, and someone gave me a crypto mining node on a USB stick. So, assuming my computer doesn’t melt or become infected with spyware from a dozen different governments, expect a review soon!

In an IFA staple, they also now sing. Your lives are complete.

If you want more of my opinions on IFA, then listen to my podcast episode with fellow DZone Leader, Cate Lawrence.