at the last developer user group , a discussion around .net and the community came up where an issue  was identified that because microsoft does such a good job of communication around .net, anything outside their realm is pretty much ignored. the example was that open source doesn’t get enough coverage at big events – my response, why doesn’t the community run their own .net event. the idea would be that it targets a .net audience, but the content is not limited to .net i.e. you could present on perl, but as the audience is .net it would make sense to tailor the talk to the things those people expect and address there concerns. i ran a small poll to see what the response would be.

425 people ended up loading the poll, yet a mere 35 people completed it

so looking at the data (hint, that link takes you to the live report). it seems that

so what is next? i am not sure – the numbers are surprisingly low which indicates to me that either we, as a community are horrid at sharing things, or there isn’t demand. your thoughts? 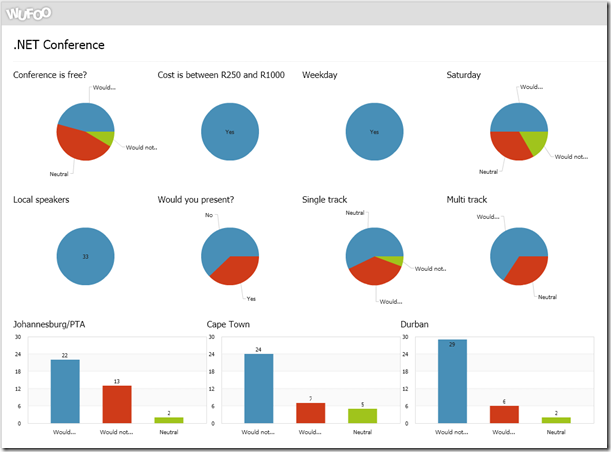