The industrial big data cloud platforms bring new opportunities for innovation by increasing production capacity in the smart manufacturing industry. They will completely revolutionize the industry worldwide by enabling companies to explore new avenues in research and development, production, operations, marketing, and management.

Sany's WitSight represents domestically-produced industrial big data cloud platforms. It shows us the application of artificial intelligence (AI) across the industry, including the role played by Industry 4.0 big data cloud platforms such as Sany's Witsight in the "Made in China 2025 plan." It also depicts the rise of creative sparks when industry and AI come together.

In 1942, American science fiction master Isaac Asimov introduced the "Three Laws of Robotics": According to the laws, a robot:

Half a century later, we see the shadows of artificially intelligent robots all around us. In August 2018, the OpenAI lab developed a mechanical hand dexterous enough to manipulate a cube, demonstrating the already achieved heights in simulated control. 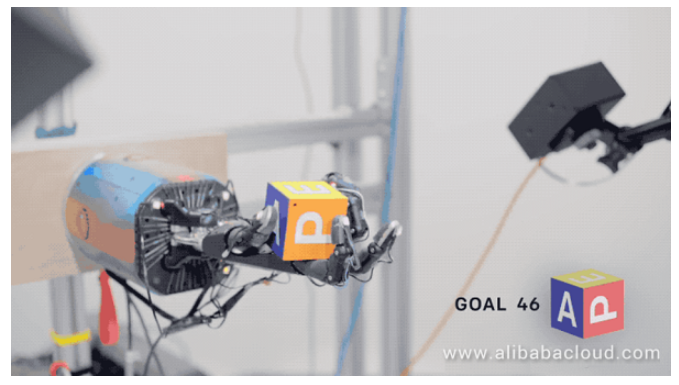 The increasing appearance of AI-enabled devices around us prove that we are ahead of the return point as we enter the era of AI. Apart from the voice assistants and the other similar products experienced by ordinary people every day, the rapid march of AI implementation arrived long before in the factories and workshops which we do not often see inside.

What sort of creative sparks does AI shed when it comes into contact with the seemingly sterile industry? Today, we will examine Sany's big data cloud platform WitSight for perspective on the role such platforms play in the Internet of Everything's AI era.

Most people probably think of Sany as a heavy machinery manufacturer, quickly associating it with excavators and cranes at a busy construction site.

However, in the wake of the Industrial IoT's rapid development, Rising Digital has tried to use technologies such as cloud computing and big data to enrich the functionality of its products. In 2014, it used big data methods to replace experience values, and now it uses calculations for gears, modes, and operational habits to achieve the most effective configurations for equipment.

Sany currently possesses over 300,000 heavy construction machines, each containing a large number of sensors reporting to WitSight. The system processes 200 GB of data every day and 70 TB in a year. Indeed, managing excavators and pile drivers to meet the company's needs is the primary use of the platform.

However, interoperability of the platform has been a consideration for its development since its initial design phase, and the system supports universal international protocols like MQTT, in addition to Sany's proprietary protocol at the device interface level. The system also takes into account the ability to interface with a variety of manufacturers and a diversity of equipment types at the data storage and modeling levels. 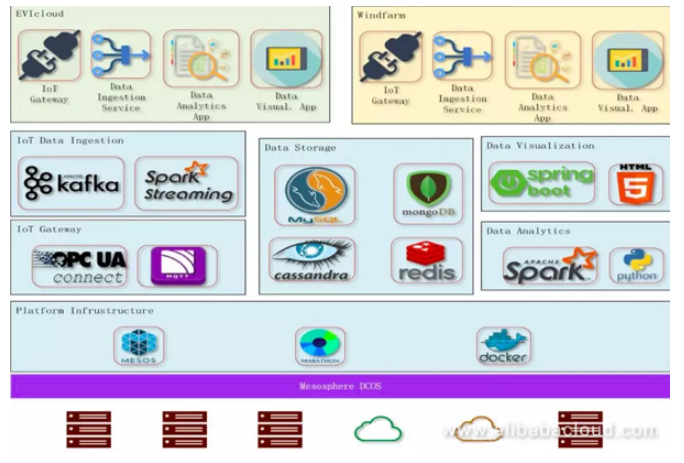 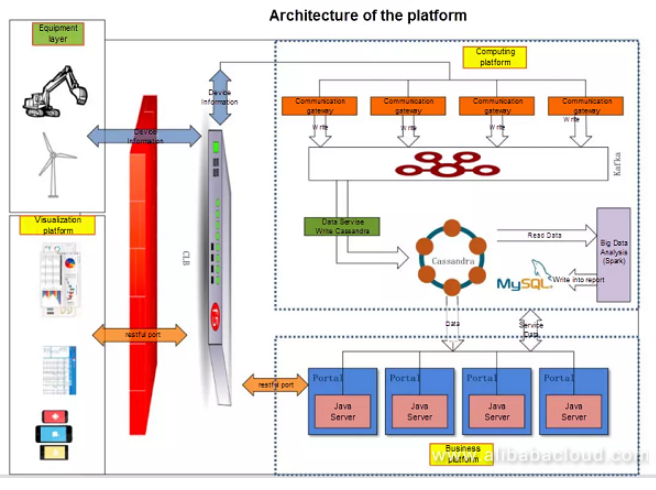 Localization: The Advantage of WitSight

GE and Siemens have already created the original big data cloud platforms such as Predix and MindSphere respectively, and hold a commanding lead in the industry. What core capabilities and advantages does Sany's WitSight offer in comparison?

Here, Zhang Xiang cites the stories of Baidu and Google, as well as Alibaba and eBay. He explains, "When foreign companies and products enter China, localization should always be the first thing on their minds. Sany Heavy Industries is a world-class company conceived in China, and its Rising Digital industrial big data cloud platform has also been developed and matured within China. They say it's advantageous to have someone big behind you, and the purpose behind Rising Digital's industrial big data cloud platform was to administer Sany's own equipment. The platform is polished multiple times since its development and implementation. It has accumulated a robust experience since 2010, and now processes data from 300,000 online devices at an increased speed which if counted results in millionths of a second."

The Development Process Was Not Smooth Sailing

The most difficult and challenging part in the case of an industrial big data cloud platform of this scale is to kick-start such a project. Zhang Xiang told AI leaders about significant obstacles that the team encountered during the development of the platform's architecture. The question was to create an architecture that would support real-time data transmission from sensors on machines and equipment scattered around the world; data transmission, processing, and analysis on the WitSight data analysis platform; and finally a flexible display of the data for users through visualizations.

There are a lot of efforts involved to design the overall architecture. A mix of right tools, techniques, software products and processes help to build a great architecture. We also take care of repeated testing, verification, and continuous reiteration. Although the process of data transmission and processing appears simple, it is actually not so easy.it. The platforms for data transmission, storage, and processing within WitSight must incorporate diverse software, including Kafka, Cassandra, Spark, Hadoop Distributed File System (HDFS), and MongoDB.

The platform must also integrate tools like devops for the agile development and delivery of services. With the development of WitSight platform, wind farm, and EVIcloud applications, Rising Digital conceptualized and attempted a variety of solutions, which includes utilizing traditional virtual machines for delivery or requesting public cloud Infrastructure as a Service (IaaS) resources for delivery. However, these solutions faced the following problems:

Sany Rising Digital needed a next-generation cloud-native application platform that could support a variety of different task loads on the same infrastructure mitigating all the aforementioned challenges. Sany decided to utilize DC/OS (Mesos) as the underlying platform after a careful consideration to support the variety of applications, tools, and tasks on WitSight, thereby resolving the above challenges.

Industrial big data cloud platforms have gained a lot of traction in this era of "Internet of Everything". There might be questions such as what will be its role in pushing forward industrial development? Or What sort of contribution will platforms like WitSight make to China's future growth as driven by "Made in China 2025 plan" Zhang Xiang has his own answer to these questions.

We can, therefore, see that IIoT development is both required by industry and also supported at the national political level. Additionally, it also opens up directions for future growth. Thus, industrial Big Data cloud platforms are a product of an extremely favorable environment. It adapts to the industrial needs of the era, and I believe that the next five years will provide the most significant opportunity for its development."

There is no progress without the new, and the old must make way for the new. Innovation is of utmost importance for the transformation of industrial enterprises. At the company level, Sany has three- and five-year plans for its industrial big data cloud platform, as well as a full set of business models and development strategies (the details of which are confidential). However, with its innovations, Sany has been first in domestic sales in the excavator sector for multiple years now, and Zhang Xiang believes that the company will also be able to lead the industry in the development of industrial big data cloud platforms.

IoT represents a highly integrated and comprehensive application of the new generation of information network technology. It is an essential aspect of the new cycle of industrial revolution and a significant impetus for the reconstruction of the world's industrial framework. IIoT will manifest three major evolutionary trends in the future:

Industrial AI Today and in the Future

Artificial Intelligence has entered people's lives and increased its presence in industrial sectors ever since AlphaGo beat Lee Sedol and Ke Jie at Go. The ability of the OpenAI mechanical hand to autonomously identify cubes is a form of AI. Similarly, a robotic arm assembling excavators and machine learning are also forms of AI.

Everybody knows that machine learning = data + characteristics + modeling. Data is not really a big problem in the IIoT industry because where there are devices, there is data. However, extracting special characteristics from that data and creating models based on it is the challenge in IIoT. This is because the characteristics and models differ from one industry to other. Therefore, a more detailed classification and deeper research of industrial sectors are mandatory for the further development of AI throughout industrial sectors. Currently, three aspects span the manifestation of a general level of AI in the industry. These are as follows:

The use of Industrial AI can also include:

However, industrial AI will face all kinds of difficulties and challenges in its early stages, just like any other new technology.

"As AI becomes increasingly commonplace today and into the future, safety remains a major challenge. I mean 'safety' in the broadest sense. For example, the safety or security of data, the safety of devices, and the safety of devices for people. This is the greatest challenge that industrial AI faces. I hope that it isn't a distant dream when "Three Laws of Industrial AI" will emerge to resolve this problem."