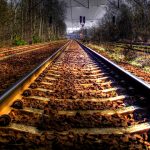 Back in 2014 an Accenture report predicted that investment in the Industrial Internet of Things would reach $500 billion by 2020. A combination of cheap sensors, powerful data processing, and machine learning has enabled companies to make their industrial processes significantly smarter and more efficient.

Nowhere is this more so than the rail industry, which is one of the most asset-intensive industries in the world. Whereas traditionally rail operators would only be able to fix something that had visibly broken, with repair conducted according to static schedules, the realm of predictive maintenance promises to allow companies to spot and repair problems before they require services to be halted.

It’s increasingly common for all manner of physical assets to generate data that allows companies to tap into this growing capability, with machine learning providing companies with the ability to detect minute changes in data and accurately predict future performance issues.

This has manifested itself in a number of fascinating early case studies of the use of data to make management of networks smarter.

For instance, Finnish company Sharper Shape have been using drones to map utility networks. They use machine learning to identify trees that are at risk of falling onto power lines.

When I spoke to CEO Tero Heinonen recently, he told me that using drones to perform this task rather than humans can cut those costs by around 30%. Not only is it more cost effective though, it’s also considerably faster, with daily assessments possible as opposed to the weekly or even monthly assessments that are currently the case.

Or you have the European Train Control System, which is aiming to introduce a single, harmonized signaling system throughout Europe to replace the often incompatible systems deployed in individual nations.

Equally interesting is the University of Huddersfield-led project to use sensor technology to automatically operate the level crossings that are dotted throughout the rail network. An interesting aspect of the project is that the sensors derive their energy from the vibrations of the track as trains travel along it.

These vibrations are being put to similarly useful ends by a German startup called KONUX, who deploy sensors on the track, with algorithms then monitoring the vibrations sent as trains zoom past to determine the health of the track.

The team behind the venture believe they can reduce rail maintenance costs by up to 25%, which when these costs typically run into billions of dollars per year is not to be sniffed at.

It’s clear that capturing and analyzing big data can provide companies with a host of advantages, and French rail provider SNCF are the latest large company to test the waters.

They are undertaking a range of projects that aim to capitalize on big data to do a number of things, including:

I spoke recently with Héloïse Nonne, Head of Data Science at SNCF, ahead of her presentation at the upcoming AI Europe event in London. She explained the growing importance of data to the operations of the company.

“SNCF’s top direction made digital technologies a key component of the group’s transformation. In 2014, “Direction Digital” was founded, a department dedicated to digital technologies and the associated change management. Since then, 5 expertise centers, the “Fabs” have been created: Big Data, IoT, Design, Open Innovation and Agile Transformation. In all of their projects with SNCF departments, the “Fabs” receive support from SNCF top management. Many projects have been successful and the Fabs now act as accelerators for digital innovation,” Nonne revealed.

Maintaining consistent service is crucial for most industries, but certainly so for the rail industry. The media typically has no shortage of stories of commuter anguish as trains are delayed or canceled unexpectedly, so operators simply cannot afford unprepared equipment downtime any longer.

With the kind of monitoring and maintenance programs mentioned in this post, the expectation has to be that such network faults will become a thing of the past as networks utilize assets in which they are confident that it will perform when it’s required.