Augmented reality and virtual reality often go together, as AR and VR technology looks similar and are frequently confused with one another. Though it looks similar, both are very different. The thing that differentiates it is the perception of human presence.

Augmented reality augments the real world by adding virtual technological elements.  It takes the reality to one step up and ‘augments’ our current state of presence. Your most favorite “Pokemon Go” is the best example of augmented reality. It is a mix of the real world and the virtual world, allowing the individual to experience both the world.

On the other hand, virtual reality is totally a computer-generated technological recreational aspect that blocks the real-world and takes us to a virtual, fantasized dream world. Putting a VR headset on your eyes allows you to enter into the new world — the highly-used technology in the gaming and entertainment industry to enhance the senses and experiences.

You will be blown away by the technological changes that you haven’t yet experienced through Oculus Rift, Samsung Gear VR, Google Cardboard and many others.

Looking at the Statistics

30 percent of the smartphone users use an AR app at least once a week — that’s about 60 million people in the USA alone. It is projected that more than 200 million users are expected to use AR by the end of 2018, and the revenue is expected to reach $120 billion.

30% of the brands have started realizing the power of VR Marketing. Augmented and virtual reality has one thing in common — both have the ability to create the different perception about the real world, one with less and the other with the extended version.

With the rise of AR and, thus new arrivals in technology, Google Glasses enables people to access various tasks just by voice search! One can talk over a message with these new glasses, look for the places, do e-commerce activities, and more. This has also given rise to wearable mobile app development companies to build extraordinary wearable apps. 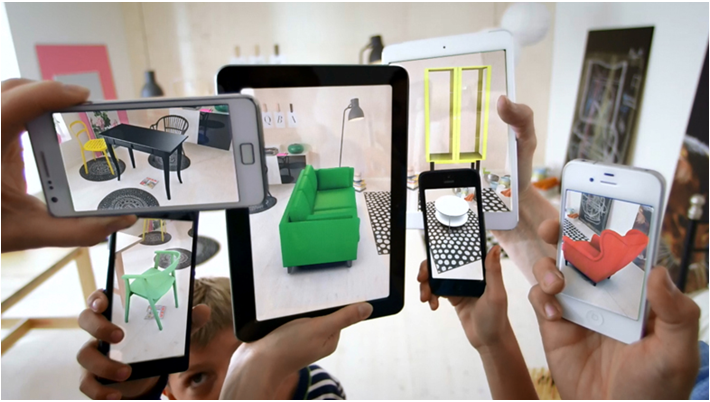 AR and VR, one of the biggest technology trends, will get better and bigger, enabling not only the media and entertainment industry but also a lot many other designing and technical industries to grow and achieve the next level.

The Microsoft HoloLens is one of the best examples of virtual and mixed reality. You just need to wear the lenses, and you can access all your screens either of mobile, desktop, or any smart devices at the places you want. You can play the video on your wall and that would follow you around as you roam. Interesting right?! 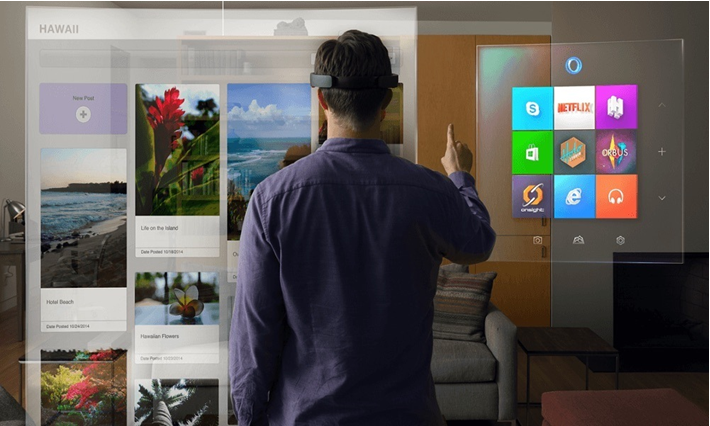 HoloLens is the monitorless device that is boosting your experiences and improving in productivity. By now, you must have understood what AR and VR is, let’s review why it is comprehended together and how it creates differently.

The Similarities Between AR and VR

Both sectors use virtual technology to create an enriching user experience that lifts their expectation from reality.

Both use science and fiction to change the landscape of reality.

To this day, it has made the records in the entertainment industry mostly in the gaming sector. The games you play do not give any less experience than living in real situations.

The Differences Between AR and VR

The purpose of augmented reality is to add-on to the reality by adding a virtual layer. Whereas, VR creates simulations of the reality and recreates the new experience by creating an altogether new virtual reality.

Augmented reality is used on your smartphones, desktops, or laptops with the help of digital images and graphics.

Virtual reality is mostly delivered over wearables that are a hand-held controller or head-mounted. This is the equipment that will take you to a dream world and, therefore, enhance virtual reality.

How Mixed Reality Technology Will Improvise Our Routines

As seen in the examples, the gaming and media industry will gain the most advantage in using mixed reality. Mixed reality could be the next level of fiction and fantasized movies.

The cab industry will be enabled by AR technology, providing fantastic directions that will not distract the driver from the road and improve the work productivity to reduce the number of accidents.

With the creation of connected headsets, eyeglasses, and other wearable devices, wearable app builder companies will uplift their business by integrating artificial intelligence.

With location tracking and other features, one will gain access to first-hand information that helps in rescuing and providing safety.

It will help for training purposes — let's say in surgical simulations — to improve the healthcare industry.

Interactive marketing campaigns, like billboards, displays, and print ads, would be created so that it will engage people to a great extent and make them remember the brand leading towards increased sales.

Pepsi Max has created a campaign using AR at the bus shelter. This bus stop allows people to experience a lion coming towards them, later realizing that it is an alternative reality. This technology keeps people engaged during their waiting time. 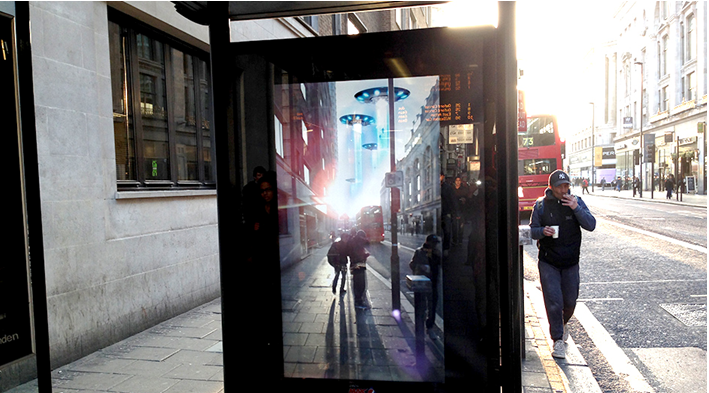 Considering the latest trends, various top-notch brands have dived into the flow by adding mixed reality to the product list. Apple's CEO, without disclosing their future plans, commented about its new product launch with AR:

“I’m excited about augmented reality, because, unlike virtual reality, which closes the world out. AR allows individuals to be present in the world but, hopefully, allows an improvement on what’s happening presently... That has resonance.”

Virtual reality computer-origin simulates and recreates a new real-life setting, whereas AR will definitely go to the next level with its extremely enriched advantages to various industries and businesses. However, virtual reality still has a long way to go.