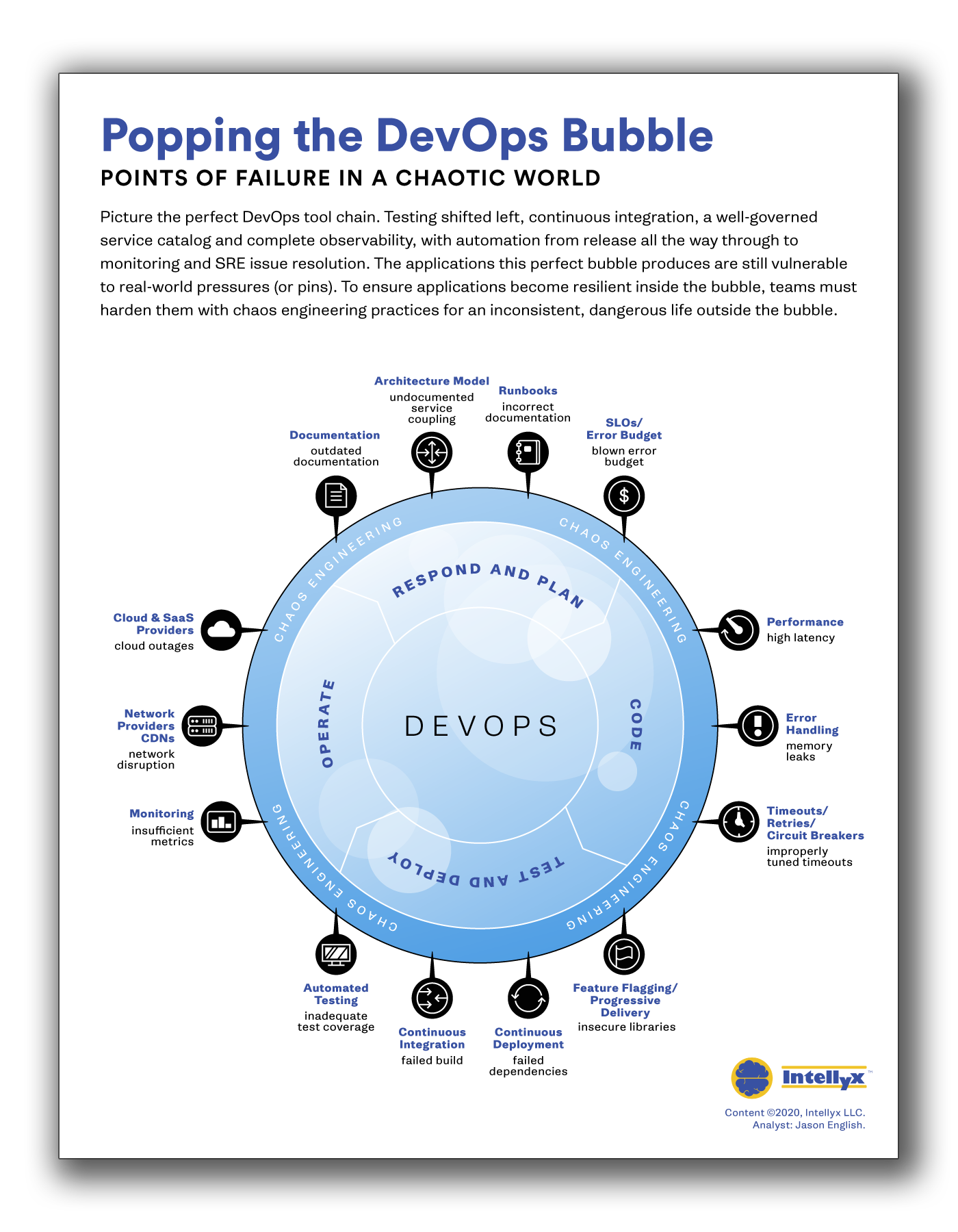 I recently virtually attended Failover Conf, a full day of application resiliency knowledge sharing sessions put on by Gremlin and featuring a host of thought-leading customer SREs and vendor practitioners.

There is a ‘continuous’ thread running through all aspects of DevOps practices: continuous automation: integration, testing, delivery, monitoring, observability and issue resolution. All companies want to deliver faster, so to achieve agility, they also want to fail faster, so corrections can be made as early as possible.

The acceleration of the automation software lifecycle can cause dangerous breakdowns in production. The need to balance agility versus fragility calls for chaos engineering practices and tooling, which harden applications against both known issues — and the infinite unknown failure conditions that may ‘pop the bubble’ of a real-world production release.

But Chaos Engineering isn’t just an aggressive pre-production exercise — it’s actually a protective continuous practice that can optimize the agility/fragility ratio across the entire DevOps lifecycle, which has many potential points of failure at every stage.

> View or download the PDF of this printable letter-sized Intellyx Infographic here.

Published at DZone with permission of Jason English . See the original article here.