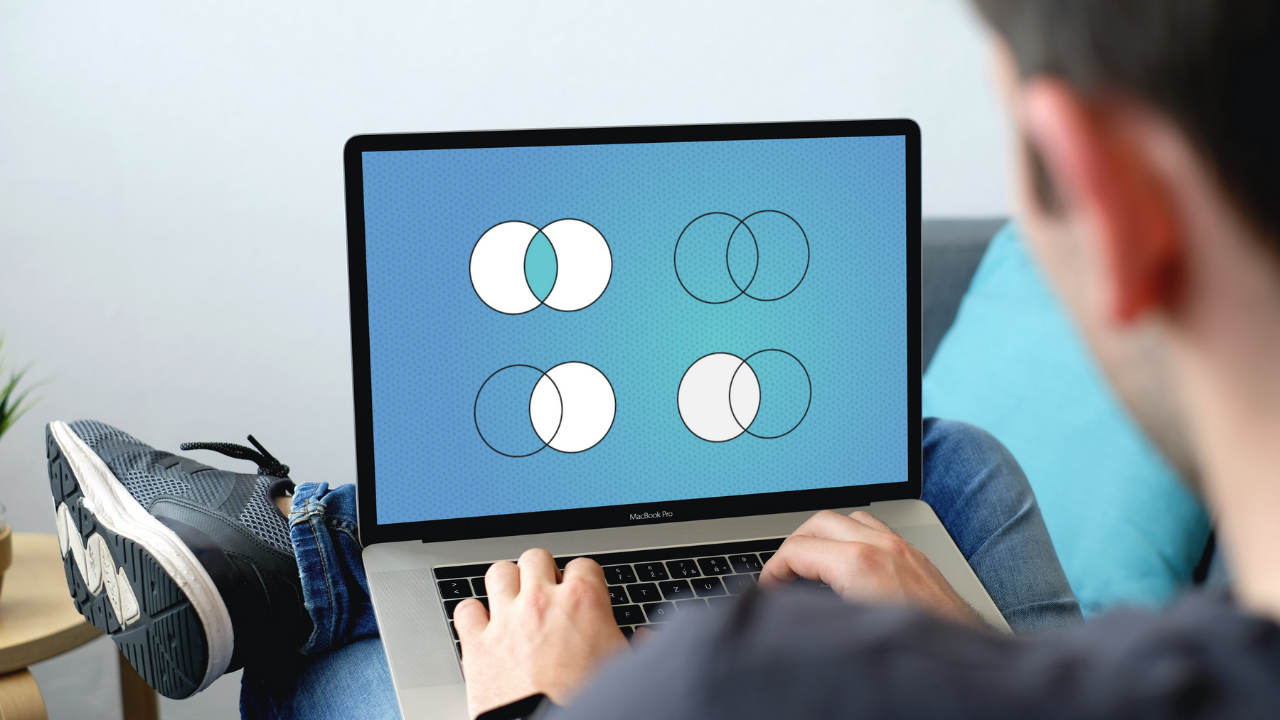 Relational databases distribute their data across many tables by normalization or according to business entities. This makes maintaining a growing database schema easier. Real-world queries often span across multiple tables, and hence joining these tables is inevitable.

PostgreSQL uses many algorithms to join tables. In this article, we will see how joins work behind the scenes from a planner perspective and understand how to optimize them.

A Recap of Query Planning

Before we dive in, a little bit of preliminary reading is in order. This post is the third in a series of posts to help you understand different parts of a query plan. You may find the articles listed below to be helpful. This post covers the JOIN node and the different algorithms Postgres uses to perform joins.

To understand how PostgreSQL prepares the plans for join queries, we need to set up data for experimentation.

Let's have two tables in our data that have the following structure: 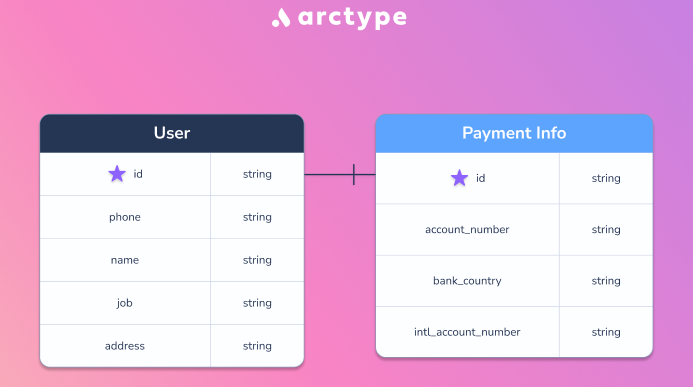 These tables are primarily for testing and self-explanatory in what they store. The id column connects them, and they have a one-to-one relationship. Queries for CREATE TABLE are given below:

We are going to use the faker library in Python to generate some fake user data. Below is the code used to generate the CSV files for data:

I created a million rows using the above script and loaded the data into PostgreSQL using the below commands:

Let's start querying the table where we have created and loaded the data. We will run several queries and use EXPLAIN to inspect their query plan. Similar to the article on scan nodes, we will set max workers to zero to make our plans look simpler.

Finally, we will look at parallelization in joins in the dedicated section.

Let's run a simple query that combines the data from two tables.

Running an explain for this query would generate a hash join. 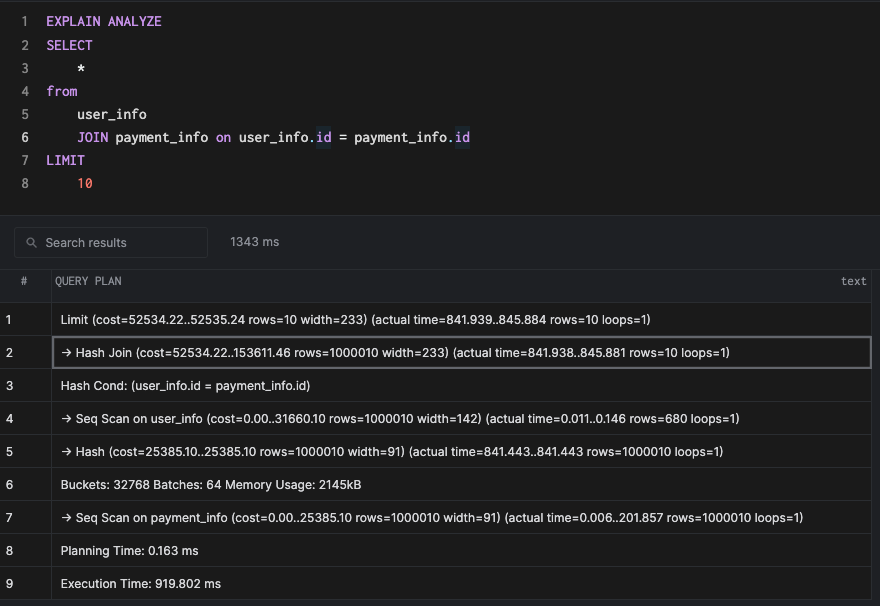 As the name suggests, a hash join builds a hash table based on the join key. In our example, we will create the hash table on the column id of the table user_info. We'll then use this table to scan the outer table, payment_info. Building the hash table is an added cost, but remember that the lookup (based on a good hash function) is effective as O(1) in terms of asymptotic complexity. A planner usually decides to do a hash join when the tables are more or less the same size and the hash table can fit in memory. An index cannot really help much in this case, since the building of the hash table involves a sequential scan (a scan of all the rows present in the table).

Let's do a query where we want to select all data from both tables on the condition that the ID of the user_info table is lesser than the payment_info table. This query might not make sense in the real world, but you can draw parallels where you might join based on this condition. This is typically called a "cartesian product."

This would result in a nested loop join. 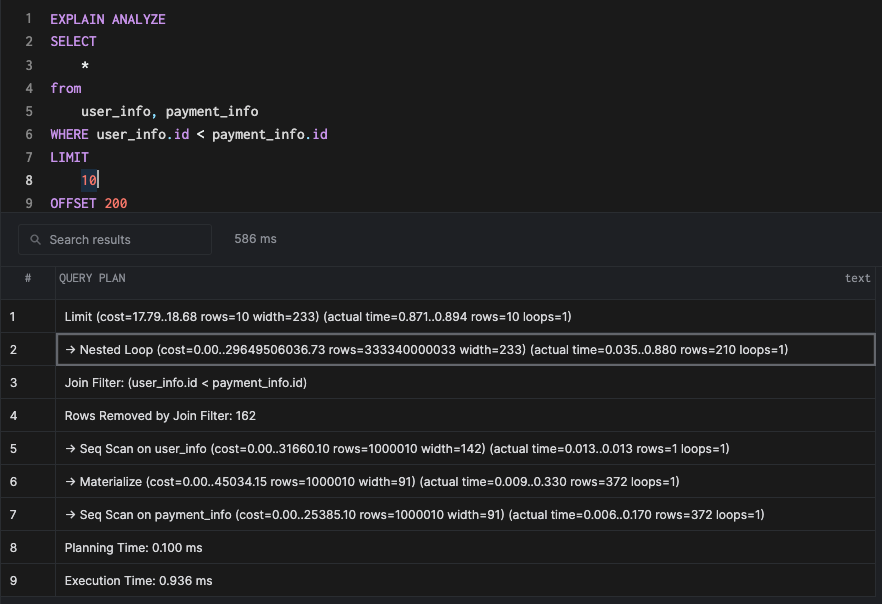 A nested loop is one of the simplest and hence the most naive of joins possible. It simply takes the join key from one table and runs through all of the join keys in the secondary table in a nested loop. In other words, a for loop inside a for loop:

A nested loop is chosen by the planner under the following conditions,

These scenarios can typically come up when relations are many-to-one and the inner loop iterations are small.

Let's create indexes on both the tables for the join key.

If we run the same query we used in the hash join example, we have the following: 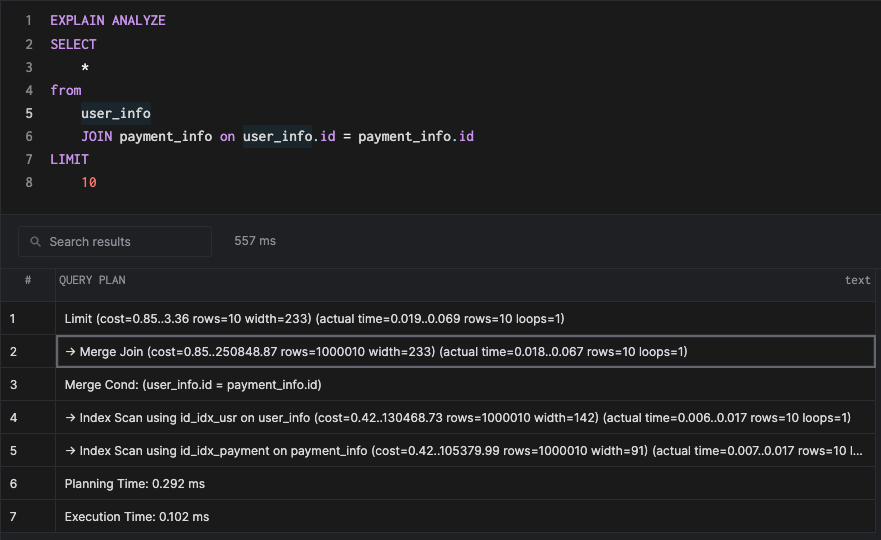 The plan might look familiar if you had read the scans blog linked earlier since it uses something called an index scan, but let's focus on the join algorithm. Since we have indexes on both the tables and the BTree index is sorted by default, the planner can fetch the rows in the sorted order from the index and do a merge as indicated in the Merge Cond node in the plan. It is significantly faster than any of the other join methods because of the index.

Let's disconnect the database session (to unset the max_parallel_workers_per_gather setting) and then drop all the indexes to run our original query. This will result in a parallel hash join which is a parallel version of the original hash join. 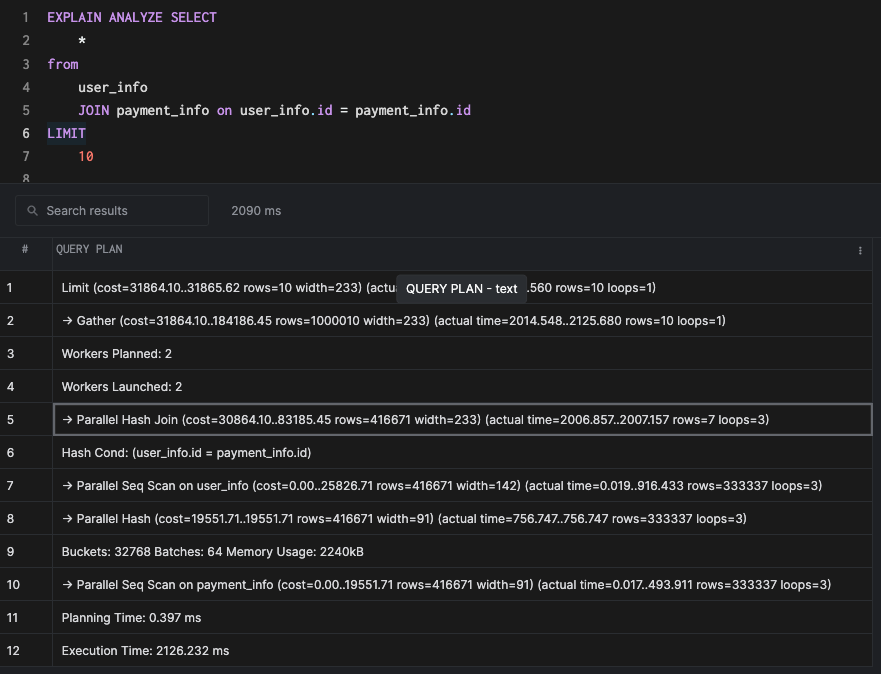 Similar to parallel scans, parallel joins make use of multiple cores to speed up execution. In the real world, the parallel joins/scans can be faster or even slower depending on a variety of factors. Parallel queries require a dedicated article in order for them to be explained in depth.

The is the memory space used by PostgreSQL for joins, sorting, and other aggregate operations. By default, this uses 4 MB of memory, and each join operation can use up to 4 MB. We have to be careful in setting this since there could be multiple concurrent joins and each of them can use the set amount in a production database. If this setting is higher than what is required, it can cause performance problems and can also bring down the database itself. As always, performance testing is recommended before setting this value.

There are other settings like hash_mem_multiplier and logical_decoding_work_mem which can impact join performance, but in a typical production setting all join key/columns should be indexed and the work_mem setting should be set to a proper value to handle application workloads.

The data setup we did was extensive, so I highly encourage readers to take the time to understand the join nodes mentioned in this article. You should also feel free to experiment with different query patterns and see how the planner behaves for combinations of such queries. Joins are a critical piece of functionality for any relational database and it is important to understand how the planner works behind the scenes. To summarize: