how not to install artifactory on ubuntu

i decided to install it on my ubuntu virtualbox vm, because surely that would be easier than installing it on my windows box, right? my ubuntu vm is running java 1.7. so i downloaded the artifactory zip and extracted it. dead easy! then i followed this particular instruction on the artifactory installation webpage:

but by default it wasn’t executable, so i had to chmod it, duuuuh! so i did that, ran it, and i got the following error:

er, well, no, i haven’t set artifactory_home, that’s true. i had no idea i had to set it anywhere. so i set it in my profile, sourced it, and all that stuff.

i ran the artifactoryctl check command again and got another message saying:

but that’s rubbish! i totally have 1.7 installed!! i checked my paths and all the rest. all looked fine to me. after a little while i got bored of seeing that exact same message, so i decided to just stop bothering with this stupid “artifactoryctl check” thing, and just moved on with the installation by running the $artifactory_home/bin/install.sh script

gah! not logged in as root. sudo sudo sudo.

that’s better. i got a little message saying “success” which was nice, followed by:

okey dokey then, i’ll go do that! 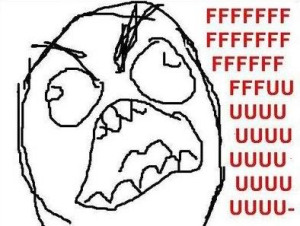 sudo !! is probably my most frequently typed command, along with “ll” (swiftly followed by “ls -a” when i realsie the ll alias hasn’t been setup. i’m an idiot, ya’see).

anyway, following a swift sudo !! i got the following message:

erm, i’m pretty sure that’s not right. i definitely remember installing java 1.7 and setting java_home. so i echoed java_home. sure enough, it’s pointing to my 1.7 installation path.

turns out that setting it my bash profile wasn’t good enough, and i hat to also put it in the following file:

oh, and don’t put the symlink path in for java_home, that didn’t work. i had to put the full path in (/usr/bin/java got me nowhere). i literally had to put the full location in (mine was /usr/lib/jvm/java-7-openjdk-amd64/jre/). anyway, that just about did it. piss easy!

how to install artifactory on ubuntu