at interconnect, ibm previewed a new set of devops functionality that is now available as experimental on bluemix . via toolchains , ibm tools and third-party tools can be used seamlessly together for the development, deployment, and management of bluemix applications.

with toolchains, other common non-ibm tools can be integrated nicely with the bluemix developer experience, such as by providing a single sign-on between bluemix and the various tools. additionally, the tools can interact with each other by subscribing to events and central dashboards can be used to manage and analyze applications.

as described in the interconnect presentation (page 11), this functionality is supposed to be based on an open toolchain intended for bluemix as well as other cloud foundry implementations. a new toolchain sdk (page 20) is planned to be provided to build brokers for tools.

here is a screenshot of a toolchain that uses github. while it has been possible to use github with bluemix devops earlier, the integration is now easier from a developer point of view since the webhooks don’t have to be created manually anymore. 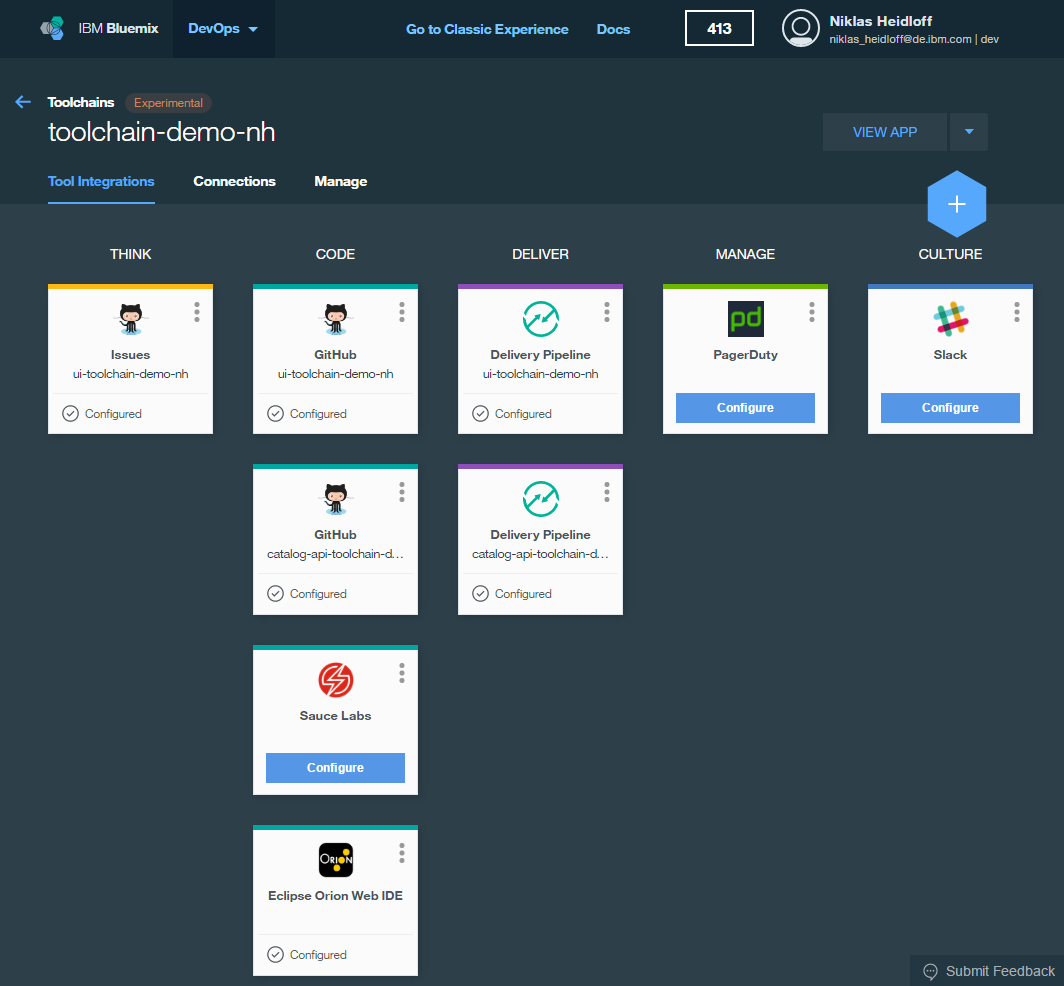 to learn more about toolchains, check out the video bluemix devops services “next” – interconnect 2016 demo , the video toolchains in ibm bluemix , and the tutorial create an application with three microservices .