Okay, so there are a couple of ways you can run networking on an ARM QEMU guest. The easiest is via SLIRP, the default user mode networking. It's slow and chatty, but for most IoT work, that's okay. There are alternative, higher performance approaches, but they hijack your local interface to the virtual bridge, removing networking from your host. This is fine, sometimes, but not that frequently. It's a real pain to work with if you're using it day-to-day, but handy for late-stage testing. Anyway, we're not going to use that. We'll use SLIRP instead. 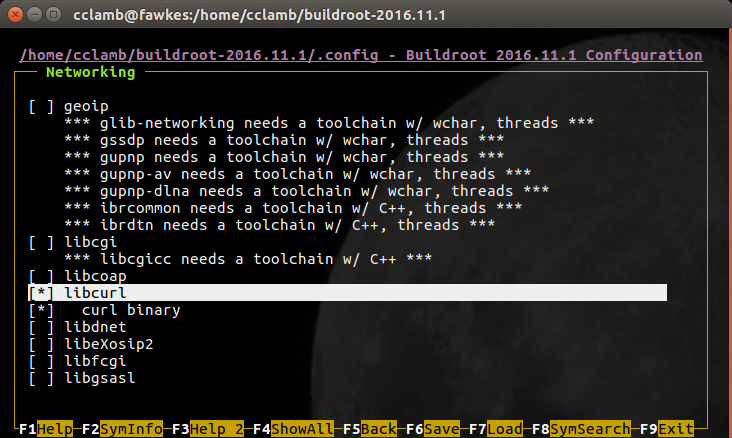 Go ahead and select the binary, too. This is handy for connectivity testing.

Now make your new image, and spin it up with QEMU, like we did in my previous article. You'll need to configure it with a new user too. Then test your internet connectivity: 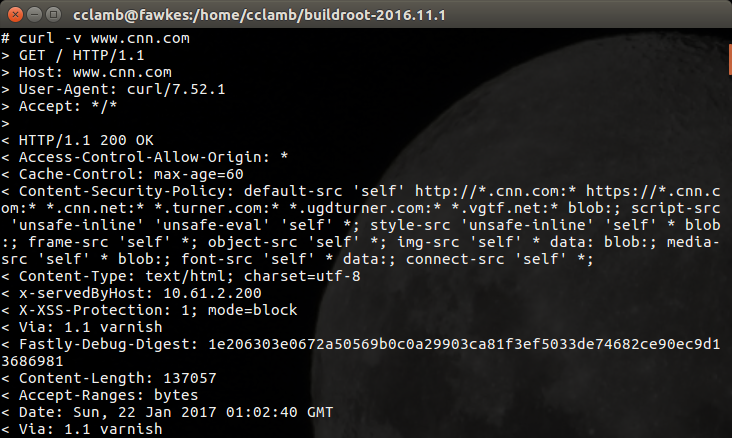 Curl is especially useful for this when you're running in SLIRP mode because ICMP traffic (i.e. ping) isn't really supported (you can turn it on, but there's really no need, and it's kind of a hassle).

Now, build your ARM program from the previous article, using the IP address of your host. Remember, the QEMU command we use redirects host port 2222 to guest port 22, so you need to take this into account when you SCP the executable over:

Now, when you compiled the test program, you inserted the host IP address, right? Of course you did. Now, spin up Python's SimpleHTTPServer on your host, and run the test program on your guest: 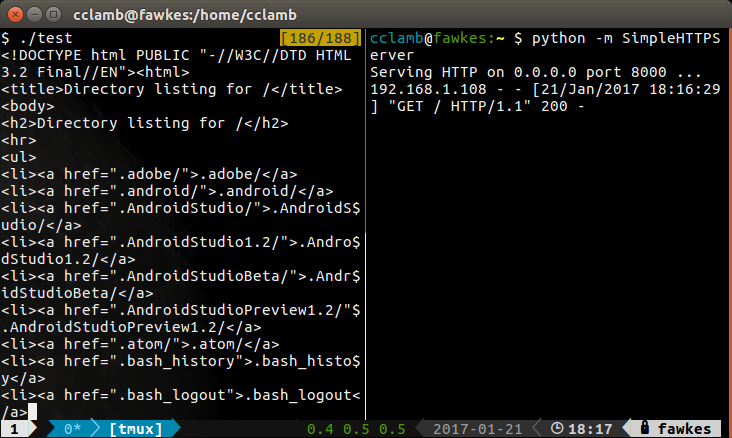 Here, you can see my session on the guest on the left, where I ran the test program. The output is the directory listing, HTML-ized. On the right, you can see the GET request recorded in the SimpleHTTPServer session. You can also see all my tmux goodness, but you can ignore that.

Anyway, that's all there is to it! You've successfully run your first ARM cross-compiled networking program!