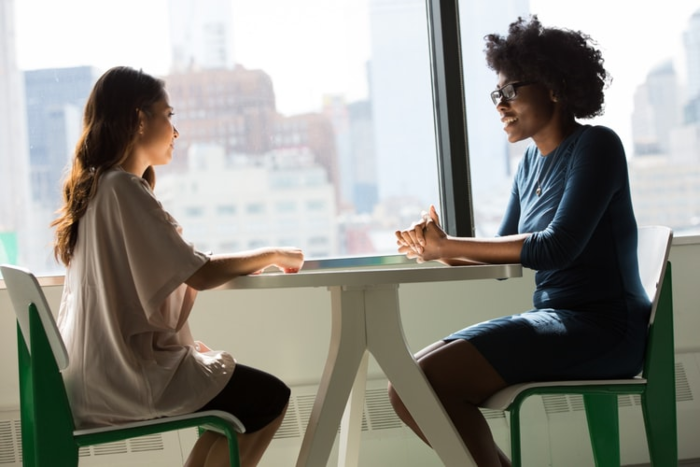 Read on to find out some Java technical interview questions!

Interviewer: Can you enumerate the Java thread life cycle states?

Candidate: Yes, sure! So, we have: NEW , RUNNABLE , BLOCKED , WAITING , TIMED_WAITING , and TERMINATED .

Interviewer: Ok! Now, can you write a snippet of code that reveals the BLOCKED state?

Well, let's see how we can write snippets of codes for each state.

You may also like: How to Read a Thread Dump 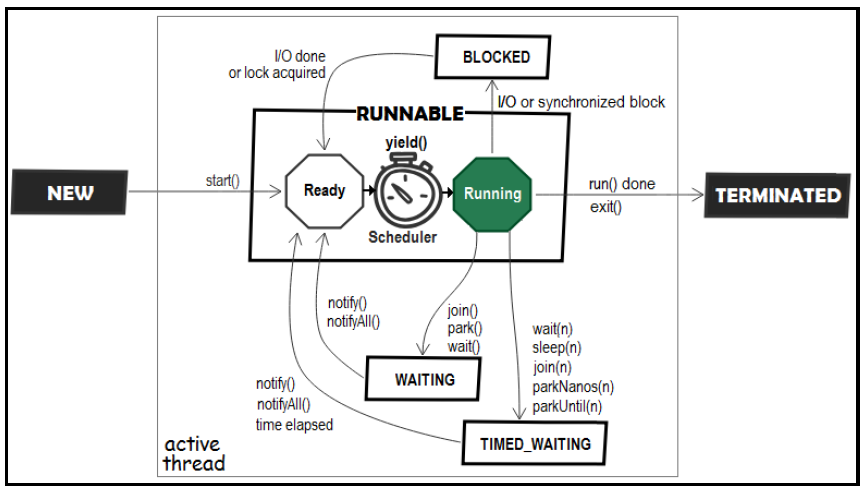 The different lifecycle states are as follows:

Let's learn about all the different states in the following sections.

A Java thread is in the NEW state if it is created but not started (the thread constructor creates threads in the NEW state). This is its state until the start() method is invoked. The code bundled with this article contains several snippets of code that reveal this state via different construction techniques, including lambdas. For brevity, the following is just one of these constructions:

The transition from NEW to RUNNABLE is obtained by calling the start() method. In this state, a thread can be running or ready to run. When it is ready to run, a thread is waiting for the JVM thread-scheduler to allocate the needed resources and time to run to it.

As soon as the processor is available, the thread-scheduler will run the thread. The following snippet of code should print RUNNABLE , since we print the state of the thread after calling start() . But because of thread-scheduler internal mechanisms, this is not guaranteed (interviewers love this kind of hints):

This scenario is shaped in the following snippet of code:

2. The syncMethod() will keep t1 inside forever, since it has an infinite loop.

1. t2 will execute the run() code and will end up in the BLOCKED state since it cannot acquire

Here is a possible output (the names of threads may differ from here):

A thread, t1 , that waits (without a timeout period) for another thread, t2 , to finish is in the WAITING state. This scenario is shaped in the following snippet of code:

needs to wait for t2 to die), t1 is in the WAITING state.

A thread, t1, that waits for an explicit period of time for another thread, t2, to finish is in the TIMED_WAITING state. This scenario is shaped in the following snippet of code:

4. While t1 is running, the main thread prints the t1 state — the state should be TIMED_WAITING since t1 is in a sleep() that will expire after two seconds.

A thread that successfully finishes its job or is abnormally interrupted is in the TERMINATE state. This is very simple to simulate, as in the following snippet of code (the main thread of the application prints the state of the thread, t — when this is happening, the thread, t, has done its job):

Done! Commonly, the last question of an interviewer about Java concurrency topic will sound like this: In order to write thread-safe classes, what techniques do you consider? Well, a possible answer will mention the following techniques:

If you enjoyed this article, then you'll love my book, Java Coding Problems, that contains a dedicated chapter including 27 problems dedicated to Java concurrency topic.

The Evolution of the Producer-Consumer Problem in Java

Why Is Combining Thread-Safe Methods an Error?