the choice of replacements will also affect the release of our new multiplayer feature , which is coming soon. find out more about the criteria we used to make our choice and which services you can look forward to using as you engage your users with push notifications.

we had four main goals in mind, when looking into alternative parse services:

the new service should provide a free usage plan so developers can try it out for themselves and see how to get started. signing up for a service without the ability to test their push notification service in a real world scenario is a serious road block for most developers.

the new plugin should provide the same feature set we already offer with our parse plugin. we still want the ability to send push notifications on a transactional basis to single devices, all devices of a user or a group of users. this is an essential feature that must be supported. the concept of channels , used within the parse plugin, is an optimal design pattern that we want in any potential replacement.

the api changes for our customers must be as minimal as possible. we were looking for a scenario where transitioning from one push provider to another would only take a few seconds. the best case would see you as a parse plugin user making only one change to your code, simply changing your item’s name to see the new service properly set up.

as parse did, a new plugin should handle the platform-specific differences between ios and android transparently, both in the app or game code, and from the back end side.

sending pushes from your server shouldn’t get out of control when sending different requests for ios and android, and dealing with sockets or customized payloads. we wanted to stick with a simple http request, sending a json body, and the rest being handled by the push plugin.

we also kept in mind that we’d probably want to have the option of supporting push notifications on new platforms in the future. so services that already provided push notification support for windows phone 10, ubuntu phone or desktop notifications earned extra points.

based on these requirements, we had a closer look into most of the popular push providers. these were the services that made it onto our final shortlist: 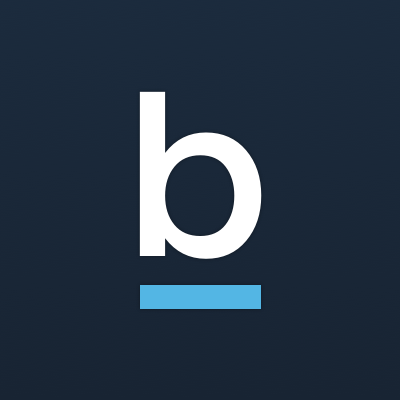 while there are many great services out there, a lot of them missed our basic requirements for app and game push notifications. some of the services lack a free plan for transactional push notifications, although they are reasonably priced for their rich feature set, such as batch .

unfortunately, batch doesn’t provide a concept like channels for transactional pushes. it’s only possible to assign a single value for identifying users across devices. at the moment, we don’t want to compromise on the channel concept so we won’t be using batch as a parse alternative. they have a great feature set though so we will be keeping an eye on any developments regarding the batch service.

urban airship does a great job at handling marketing and campaigns. they automatically segment users based on events triggered from within your app, something it has in common with batch.

these features are quite nice for advanced use cases, but they’re not suitable as a replacement for parse. their initial set up for a new push service is much harder than the current method. also, transactional pushes with urban airship aren’t that feature-rich, as is the case with others.

amazon sns looked great when we first considered it. there’s a free plan, transactional push notifications and amazon provides a similar concept to parse’s channels, called topics . unfortunately, it’s not possible to create new topics on-the-fly. you have to create topics from your server-side code first, making things a lot more complicated for your back end.

for example, sending pushes to all devices of a user, identified by a userid, is easy with parse:


when trying to do this with amazon sns, you first have to explicitly create this channel/topic (“userid”) from the . it’s not possible to create topics on-the-fly.

and there’s another restriction on amazon sns: you can only create up to 10.000 topics per app. while this might seem like more than enough, if you create a sports news app that sends out push notifications for a range of sports, it’s not possible for all of your users to get a unique channel. instead, you would have to manage tokens and users in your own database backend.

google cloud messaging (gcm) soon became our favorite for a feature-complete parse substitution . google provides an abstracted push service for both ios and android, using push only is free, and google’s topics can be created from your app without any additional server-side code.

furthermore, as parse is already using gcm service as a foundation for sending pushes, push performance is identical to using parse.

as we started implementing gcm, we also had another look at alternatives for our v-play game network. with the upcoming release of our multiplayer feature , we also needed a way of sending and receiving push notifications for game invites, user chats or friend requests. based on this simple feature set, we had a look into onesignal .

onesignal supports a wide range of platforms, including ios and android and also supports a similar feature to parse channels, called tags . you can set a collection of tags on a device and target your push notifications based on those tags. this looked promising!

onesignal also provides server-side localization of push notifications, maintaining the different device languages in their own database and allowing you to update your push texts without releasing a new app update. you can send a localized push notification for three languages from your back end, just like this curl request demo:


depending on the device language, only the set language will be sent to the device and shown in the push.

tags can be aggregated and it’s also possible to use different operators. so if you tag your users with a region identifier and their current user level in your rpg game, you can send a push to users who are currently checked in at middle-earth and have a level greater than 10, with a tag combination of:


onesignal service is free for all push notifications and provides a lot of features. these are covered in our documentation .

what about parse? you can use the parse plugin for push notifications until january 31st, 2017. unfortunately, it’s no longer possible to create new accounts but you can still make use of your existing accounts.

for a couple of months now, the parse open-source server has been supporting the sending of push notifications. however, there are important features missing like sending queues, so it’s not really production-ready as of now. if there are updates on that, we’ll probably update our parse plugin to allow custom parse servers to be used.

until then we recommend the switch to one of our new plugins, either onesignal or google cloud messaging .

finally, an announcement came after we implemented all of our current push plugins about the introduction of new features to google’s firebase . firebase now includes push notifications and advertising.

these sound like cool new features, but google basically just added gcm as a push back end and admob for advertising and renamed them “firebase”. as we currently support both features with our gcm and admob plugins , there’s no short-term requirement to switch to firebase. we are however looking into other features of firebase and will keep you updated on this one!

to summarize, we decided to go with two plugins for now: our new onesignal plugin, which features an easy setup and simple, targeted push notifications. and the new google cloud messaging plugin that supports advanced use cases like client-side localized push notifications and invisible background downloads, as already provided by our parse plugin.

you can access v-play plugins for monetization, analytics and more with the v-play indie license. to test the plugins for yourself, download our qt plugin demo app from the app store and google play.

for the full source code of this sample app, including all v-play plugins, you can check out this github sample .