a component is a main building block of an angular 2 application, and an application may have any number of components. we can consider a component a particular view of the application with its own logic and data.

angular 2 applications are built around components, and we can consider component as a view with its own:

let us start with creating a very simple component to display “hello world” on the page.


there are mainly three steps to create a component

three steps discussed above can be visualized in the diagram below: 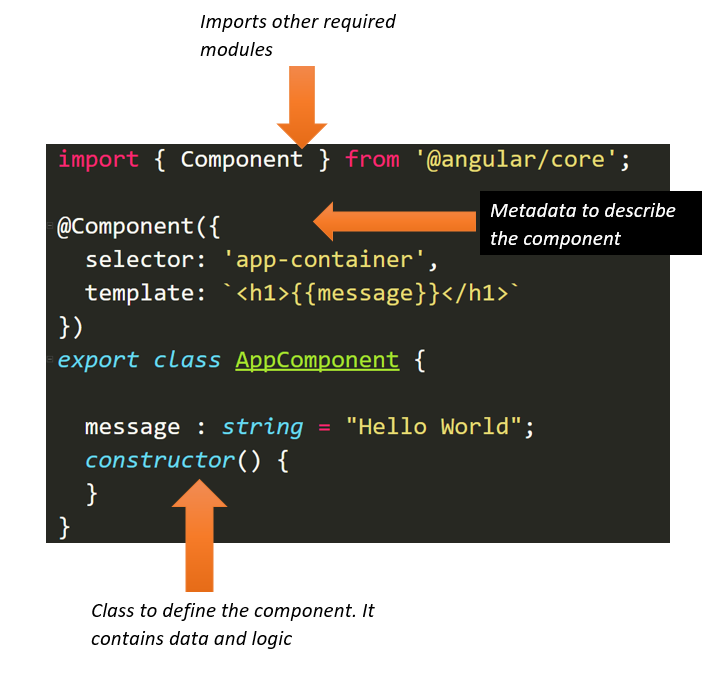 as you can see, the angular 2 component consists of:

now, let us explore in detail these three parts of angular 2 components.

typescript class in a component

a typescript class used to create a calculatorcomponent can be created as shown in the listing next:


users can read, modify, and call behavior of the component class using different kind of bindings:

apart from the above-mentioned properties, there are other properties also. now let us look into these important properties one by one.

a template is the part of the component which gets rendered on the page. we can create a template in two possible ways:

an inline template can be created as shown below:

one important point worth noticing here is the tilt symbol used to create multiple lines in the template. a single line inline template can be created using either single quotes or double quotes.

we can avoid giving the full path by setting the moduleid property of the component.

a component can be used using the selector. in the above example, the selector property is set to < app-container>. we can use the component on the page or different views using . 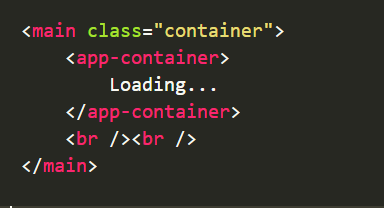 a component can have its own styles or it can refer to various other external style sheets. to work with styles, @component metadata has styles and styleurls properties. we can create inline styles by setting the value of the styles property as shown in the listing below:

a component can refer to various external files by setting the value of the styleurls property.

in a real application, the component will use various angular 2 services or custom services. to use a service in a component, we need to follow two steps:

to use any angular2 provided service or custom service, we need to import these services and pass as values of providers in metadata.

as you probably notice in the listing below, we are importing the taskcomponent, which is a child component, and then using it as a directive in the appcomponent. to use a component as a nested component, we must set the value of the directives property.

there could be a scenario in which we need to pass data from the parent component to the child component and vice versa, but we’ll cover that in detail in further blog posts.

so there you have it: we can use a component either as child component or bootstrap it. i hope you find this introductory post on angular 2 components useful, and thanks for reading!