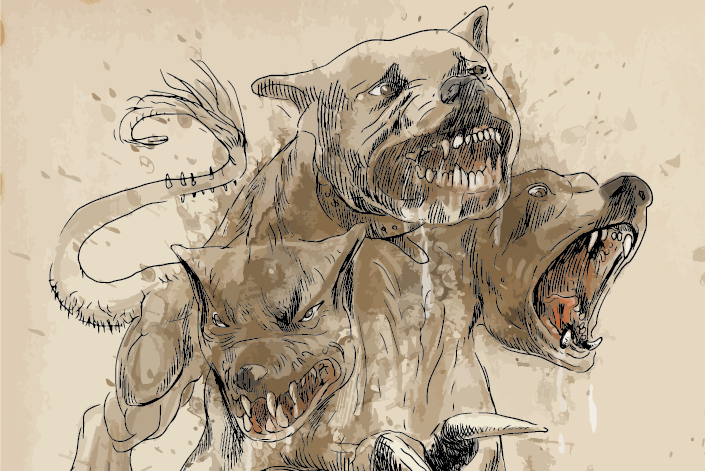 It is an authentication mechanism which involves three parties (it takes its name from the mythical creature that had three heads for this reason). Kerberos is a ticket-based security protocol.

This is the act of verifying you are who you say you are by checking your login credentials.

This is the act of verifying that you have sufficient rights to access the system.

The KDC, in the case of windows the domain controller, is responsible for verifying a user's credentials and issuing them with Kerberos tokens.

The LDAP server is essentially a database that contains information about users and groups in a tree structure.

In a scenario where everything worked to perfection and the user had the sufficient access rights the interactions are those shown in the diagram below. 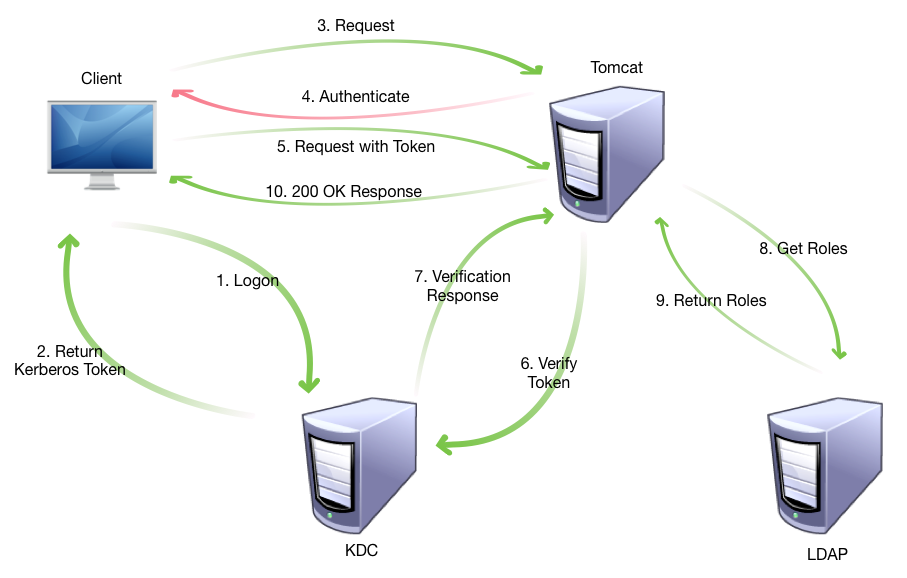 Obviously if at step 7 the verification is not successful the application server at this point will return an HTTP status of 401 which is an “Unauthorized” error saying that the users authentication failed.

Likewise at step 9 if the user is not in a role that has access to the resource he will receive an HTTP status of 403 which is a “Forbidden” Error. 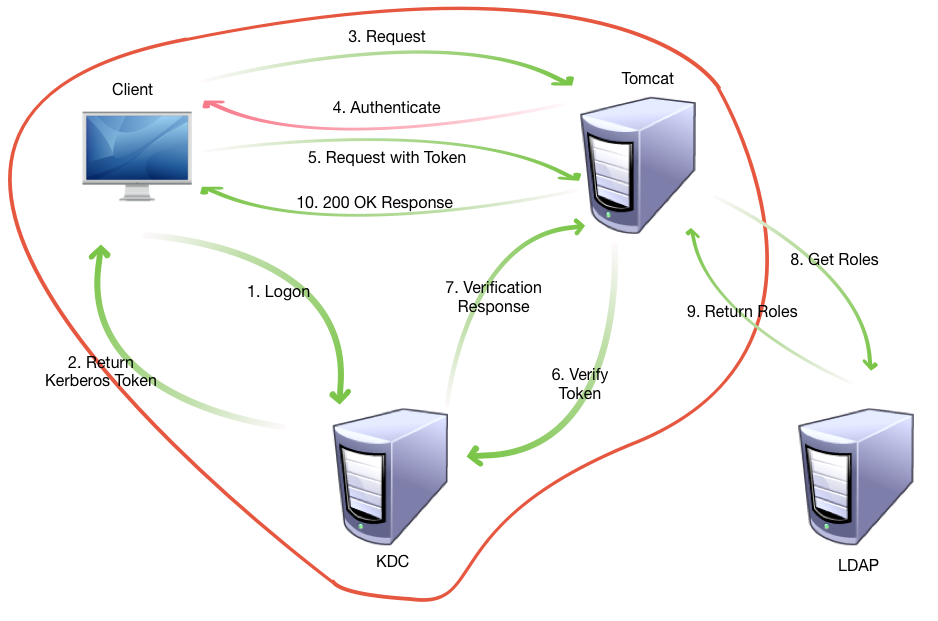 Steps 1 through 7 make up the process of authentication. 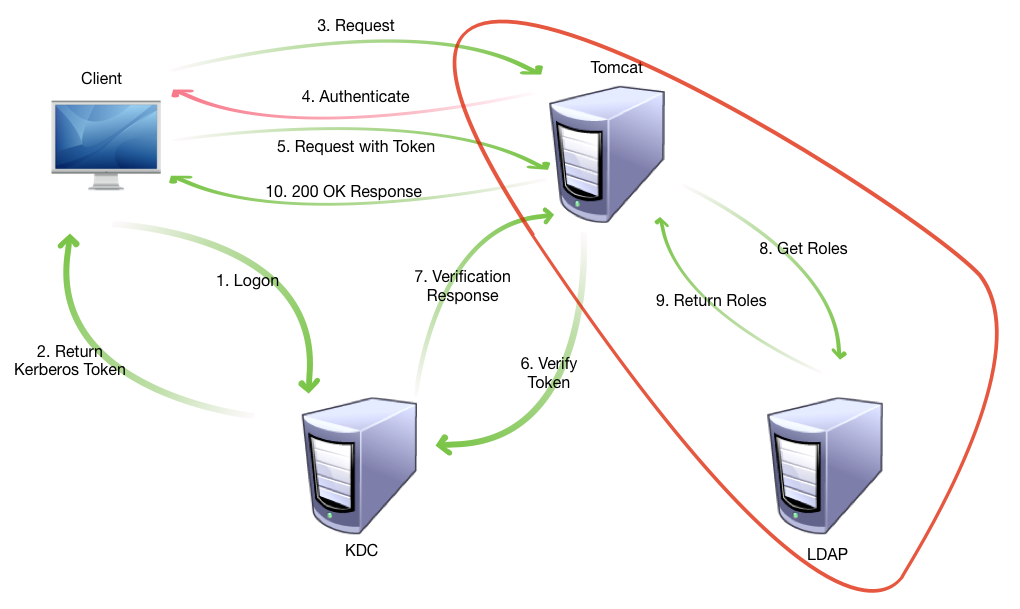 Steps 8 through 10 make up the process of authorization.

A more detailed sequence diagram of the interactions can be seen below: 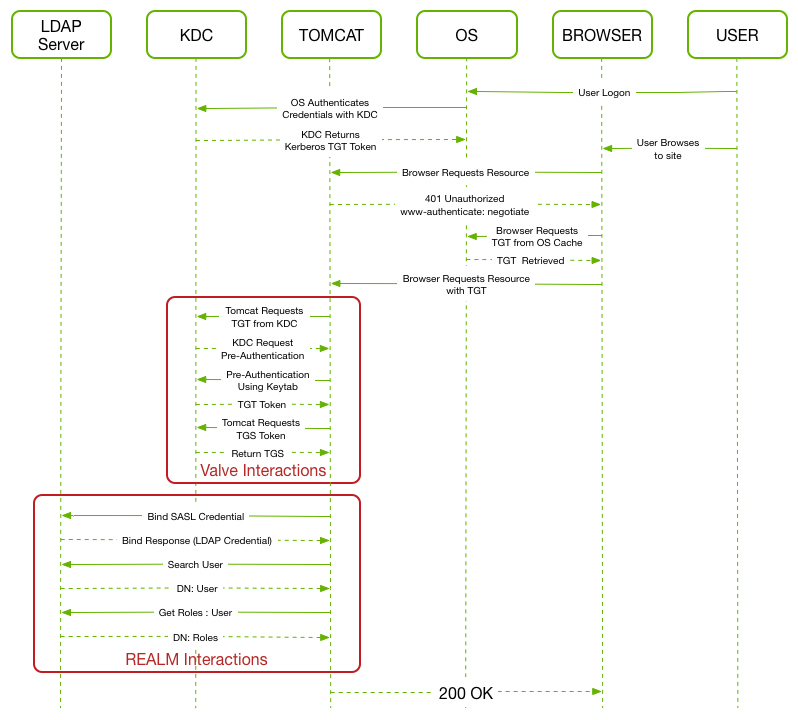 The service principal represents a union of the protocol and the hostname, which may be in its short form or fully qualified (e.g. myhost or myhost.mydomain.com) and may or may not include an @ followed by the REALM name.

There may be multiple Service Principal Names (SPNs) associated with a service principal which behave as aliases for it. You may have an SPN for both the short and the long name of a host, others because the ip is resolved to a different hostname in the reverse DNS lookup, or if using a clustered solution, SPNs for each node and for the load balancer. These are used as a means to find the server’s record in LDAP as well. As seen below: 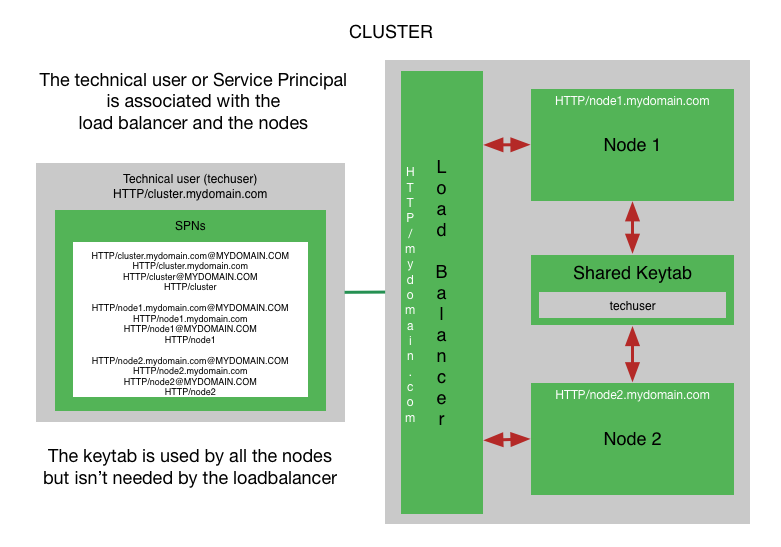 A rule of thumb here is that if a reverse DNS lookup can resolve to it, it should be an alias, i.e. an SPN.

If you intend for your web application to be able to call other services on behalf of an end user, this is called either user impersonation or delegation. You may hear both terms being used but the two terms can be used interchangeably.

To allow this the Service Principal must have delegation rights activated in ldap/active directory.

The user principal of the logged in user (i.e. their session) contains something called a GSSCredential which is a container, from the low-level libraries that enables Kerberos in Java, that contains the user's Kerberos token.

The application server can request a special type of token to wrap this users token when making requests on their behalf. This special token is called a Ticket Granting Service (TGS) ticket. Once we have this special token and we have encapsulated the users token within it, we can then make a service call as this user and the service will check with the KDC the validity in much the same way as the app server did when the user requested a resource from it the first time.

The sequence diagram for this can be seen here: 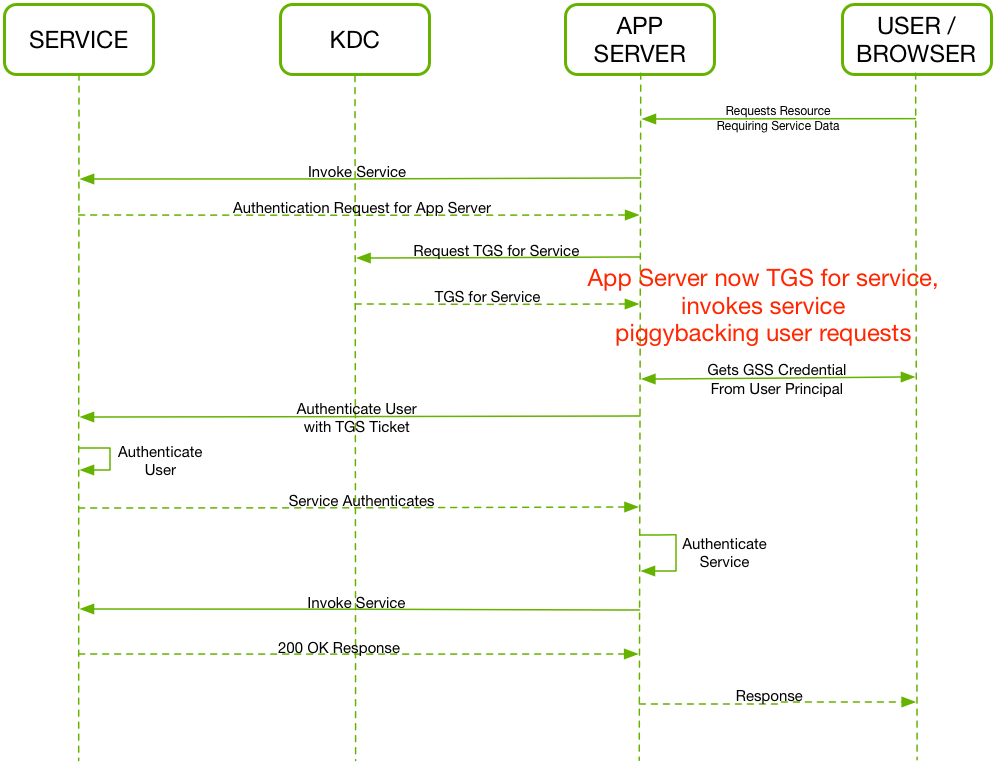