Whenever it comes to comparing the platforms or frameworks that develop the mobile apps, it becomes a very difficult choice, whether it is to choose between iOS and Android or between Ionic and React Native.

Let’s dive in to find out which cross-platform mobile app development framework is better: 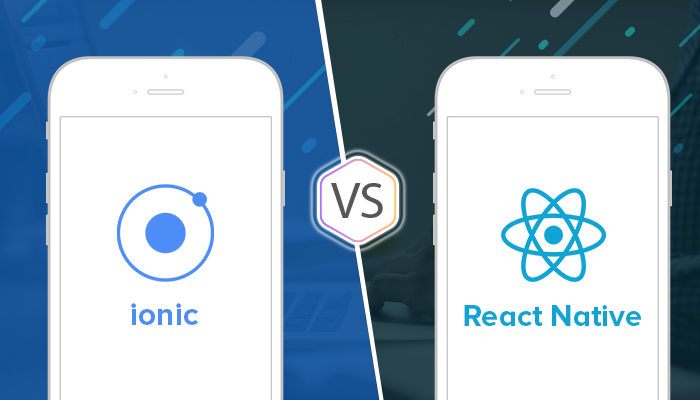 Ionic is an open source, cross-platform framework used to develop hybrid mobile applications. Ionic is a mobile app development framework based on the HTML5 programming language. The HTML5 framework always works with the help of Cordova or PhoneGap. Hence, Ionic needs both of them.

Advantages of the Ionic Framework

React Native is a JavaScript library that is used to develop UI. React Native is proudly managed and maintained by a community of expert React Native developers and leading corporations, including Facebook and Instagram. It helps mobile app developers to reuse the code already used in any Android or iOS apps.

Ionic versus React Native - let’s check out the differences between the two:

Now, which one is better, Ionic or React Native? Ionic and React Native both are completely opposite and offer completely different web and mobile app solutions.

But, how to choose the right cross-platform mobile app development framework? Based on the reusability of the code and excellent performance of apps developed using React Native, there are more benefits that bring React Native to the forefront.

Most enterprises are now looking for a mobile app development company to develop their apps as fast as they can. In fact, the budget is a secondary consideration and speedy delivery of a quality app remains number one for the organization. Plus, developing apps using React Native is faster compared to Ionic, as it is based on JavaScript. Also, the apps developed using React Native are supported on the latest OS platforms, which makes it preferable.

React Native is preferable for speedy app development without compromising the quality of apps for multiple platforms.