This tutorial guides you through the steps of connecting an MCC 118 board with a Raspberry Pi 4 and the Record Evolution platform to read to extract measurement data. In just a few steps, you set up a foundation for IoT data acquisition.

Here are the steps:

It’s that simple: The MCC 118 header plugs into the 40-pin GPIO connector on Raspberry Pi.

Any analog sensor, e.g. temperature, sound, etc., can be used on the board. You can stack up to eight MCC HATs onto one Raspberry Pi. However, the onboard jumpers must be set in order to allocate the address to the MCC HATs.

Raspberry Pi is a tiny single-board computer. When used as an IoT device, Raspberry Pi offers a cost-efficient way to collect data. This is why we use Raspberry Pi as our default R&D device to acquire analog voltage data from the MCC 118 device with the help of an IoT app that is installed on the Raspberry Pi.

So to continue, you simply need to put the MCC 118 board onto a Raspberry Pi as shown below:

Connecting to The Record Evolution Platform For IoT & AI

In what follows, we will go through the following steps:

This is what you need:

You may also want to use a self-powered USB hub.

Forming a Device Swarm and Establishing a Connection

From your homepage on the platform, go to Devices and click on ADD DEVICE SWARM to create your device management environment: 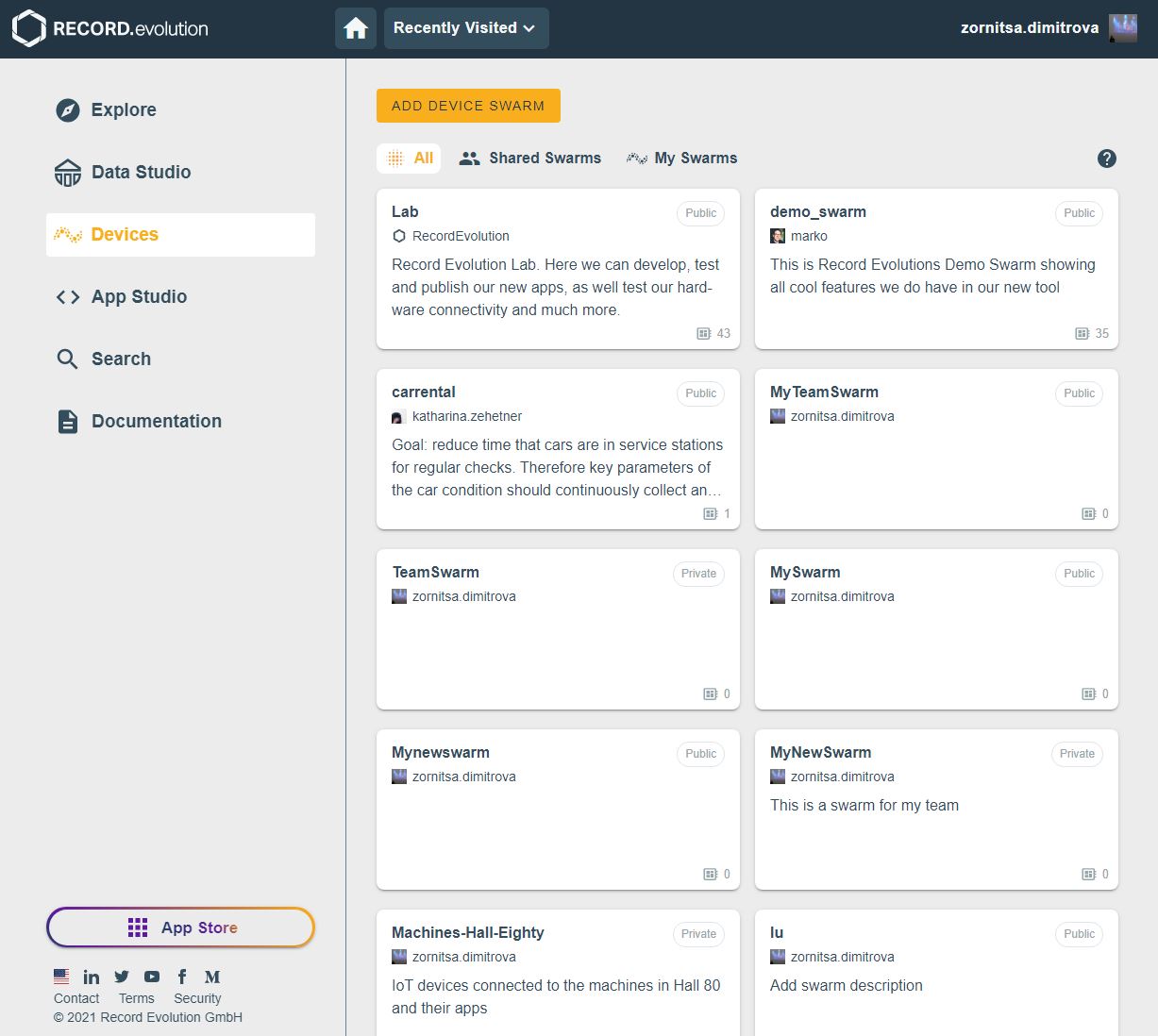 A swarm is your basic, compact, fully autonomous IoT device management environment on the Record Evolution platform. A swarm consists of a set of IoT devices, all device and device group settings, as well as the privilege structure specific to the assets of that swarm.

To add a new device, enter your newly created swarm and select NEW DEVICE from the menu. The first step is to create a virtual device on the platform: 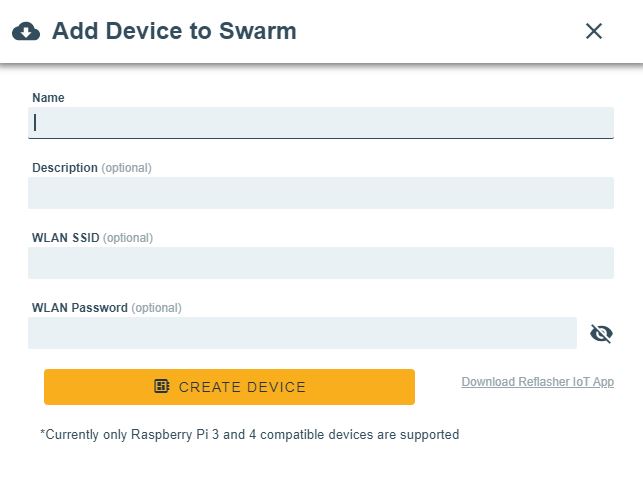 To equip your physical device with the necessary system and configuration for the platform, you need to prepare and set up an individual SD card for that device.

To do that, download the Record Evolution Reflasher. This desktop app enables you to create bootable configured flash drives and is available for Windows, Linux, and macOS. If adding a device for the first time, you will trigger an automatic download of the Reflasher.

Now install the app on your computer and simply follow the instructions to go through the flashing process. Click on FLASH / FLASH ALL to continue. The app allows you to flash and configure multiple devices at once: 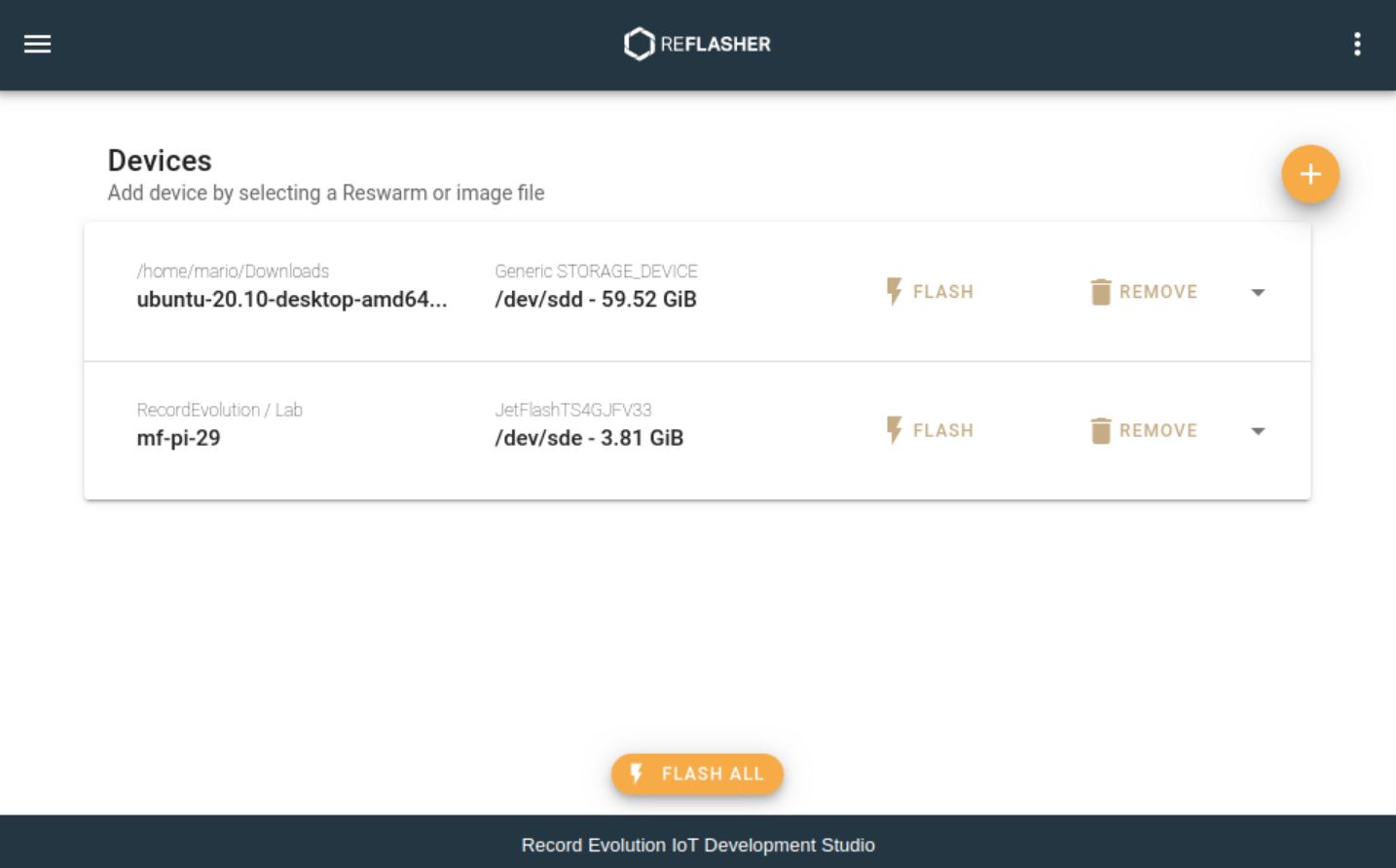 On the platform, you can connect to any Docker-capable device running on Linux from any location using a simple secure internet connection.

Build the Data Logger MCC 118 App on the Device

This app will take care of everything including the configuration of the MCC 118 device. Once built, the app can be run and the data can be collected either as a wave or binary files.

Writing Data to a File

Depending on the parameter settings below, the data is written as a file into the configured folder. The data written to the file can be either of binary or wave format. Wave files are playable and written separately for each channel.

To use the app on the Raspberry Pi, simply retrieve the app from the Record Evolution app store and click on Install: 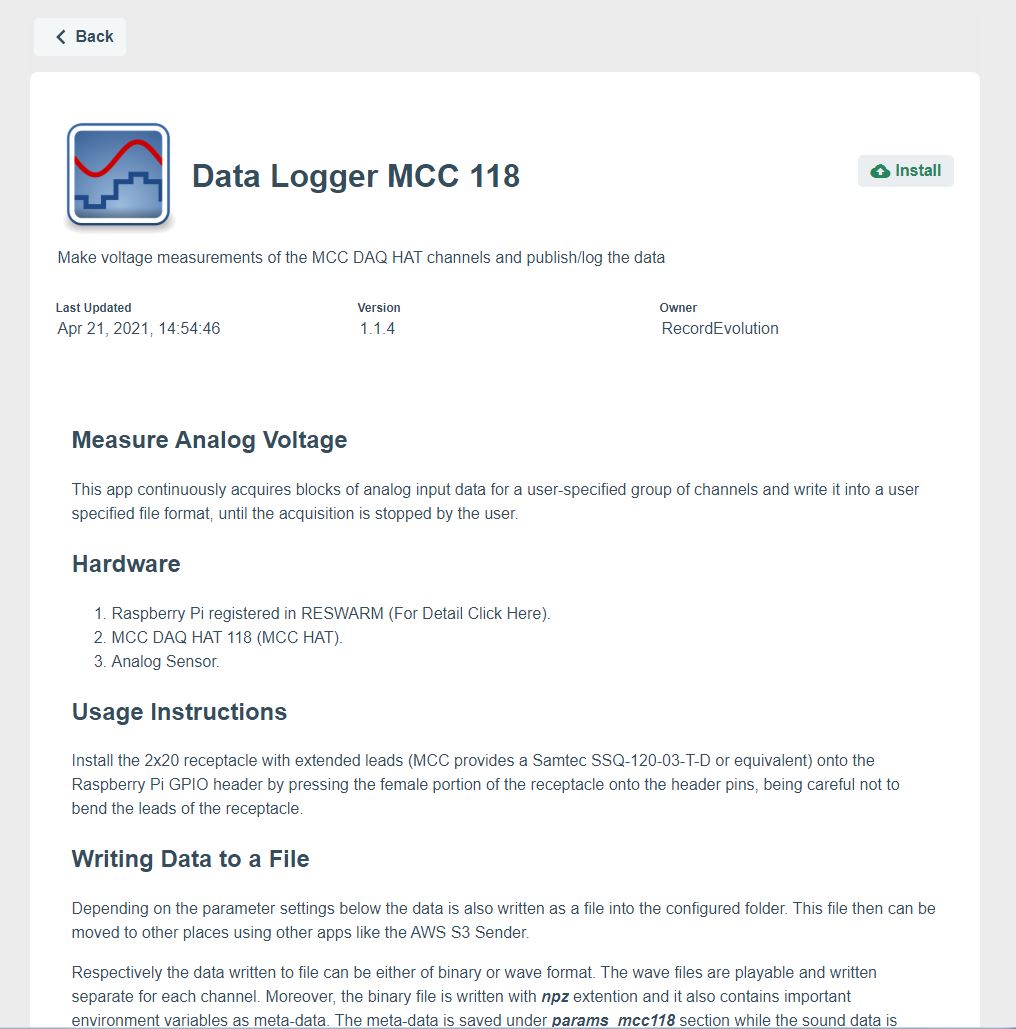 Once you hit Install, the device will start downloading the app. You will be redirected to your device swarm where you can observe the app status in the device settings:

Image 8. App installed and running on the device

To set up the device with your MCC DAQ HAT, you can also provide some parameters. To do so, go to your device swarm and pick the device group containing your Raspberry Pi.

A Note For Developers

To develop and build the app, we are creating a Docker image you can run on the device. Detailed information about the installation of MCC DAQ HAT can be found in the git repository.

Published at DZone with permission of Zornitsa Dimitrova. See the original article here.