what are the iot protocols that are at the base of the internet of things? before answering this question, it is useful to have an overview about iot.

iot is gaining appeal, and the most important players are investing in iot. iot promises to be a technological revolution that will touch every area: industrial, transportation, energy, everyday life, and so on. as we have seen in previous posts, there are several iot definitions highlighting different aspects, and there are many solutions to implement iot projects .

iot promises to connect all the devices together, like wearables, home devices, and smart objects, and enable them to exchange information. all this information is gathered and analyzed to improve our life.

but how these devices send and receive data? we all know http protocol that makes possible to browse the net, opens web pages and so on. is this protocol still useful for iot?

well, the answer is yes but there are other iot protocols that can be more efficient and suitable for low power devices. 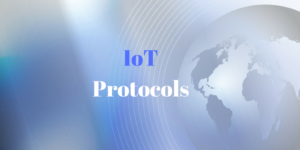 below, you will find a list of the most “important” iot protocols used in iot ecosystem:

mqtt stands for message queuing telemetry trasport . it is a publish/subscribe message lightweight protocol. it is an m2m (machine-to-machine)-oriented protocol. now, it is an open standard maintained by the oasis group . the reference architecture is very simple, and it is based on client/server. the client is generally a sensor that “publishes” the information to the server (broker), which receives the information and dispatches it to the subscribers. the underlying communication is based on tcp. 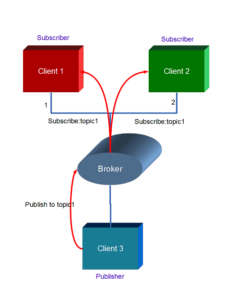 generally speaking, the mqtt protocol uses a many-to-many paradigm, and the broker decouples the publisher to the subscriber and acts as a message router. this protocol implements qos, secure communication, persistence, and so on.  there is another version of this protocol called mqtt-sn (or mqtt-s), which stands for sensor network. eclipse has released an open source implementation of mqtt called mosquitto .

coap uses udp as underlying network protocol. it is basically a client-server protocol where the client makes a request and the server sends back a response as it happens in http. the methods used by coap are the same used by http.

amqp stands for advanced message queue protocol. it is maintained by oasis, like mqtt. amqp is an open standard to exchange messages between applications (m2m). in other words, it is a message-oriented protocol that provides features like routing and queuing. the key factors of amqp are:

we al know rest. it stands for representational state transfer. it is used to exchange data between applications and to integrate applications belonging to different domains. it uses http as the base protocol. rest uses the client/server paradigm, and it is widely used, not just in the iot ecosystem. we discussed how to use rest to integrate arduino with android.

xmpp (extensible messaging and presence protocol) is an open standard for presence and messaging. this protocol uses xml messages. xmpp-iot is designed specifically for the iot environment, and, basically, this protocol enables users to send real-time messages and handles the user presence (online, offline, busy). the iot version enables users to send and receive messages from machines. moreover,  it is extensbile easily. the key factors are:

stomp is a text oriented messaging protocol. it is very easy to use. clients connect to a message broker to exchange messages.

that's it! now you know a bit of the various protocols that are seeing heavy utilization in the world of iot.