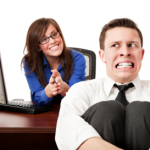 it’s well known that when our mental resources are low we’re more likely to succumb to temptation and do things that aren’t necessarily good for us.  a recent study from researchers at the university of pittsburgh reveals that it isn’t just stress or fatigue that can harm our performance.

it found that anxiety can have a significant impact on our decision making ability.  the paper revealed that when we’re anxious, our profrontal cortex (pfc) gets disengaged, and this region in the brain is crucial for flexible decision making.

the study suggests that when we’re anxious, the neural activity that supports good decision making is messed around with.  anxiety seems to impact our brain in the same way as other stressors in that it doesn’t really bother us too much under easy or normal circumstances, but as soon as things get more challenging, then our decision making ability drops rapidly.

“we have had a simplistic approach to studying and treating anxiety. we have equated it with fear and have mostly assumed that it over-engages entire brain circuits. but this study shows that anxiety disengages brain cells in a highly specialized manner,” the authors say.

so being able to accurately measure our anxiety levels might be quite useful.  that’s something that finnish startup blooming is attempting to help with.

they’ve developed a wearable device that monitors and tracks stress levels, before then giving the wearer some tips on how to relax.  the company has partnered with interaxon to provide brain monitoring services, whilst firstbeat have helped to power the heart rate monitoring side of the tool.

might we begin to see such a service offered more widely in our workplaces?  i’m inclined to think perhaps not, but if our decision making abilities really are so heavily influenced by our anxiety levels, it may be a prudent decision for managers to make to try and de-stress their workplace as much as possible.