The world has changed due to COVID-19. It's had a massive impact on individuals, families, businesses, and every sector of society. The extent of illness and death is devastating. Things that would never have been imagined to be allowed just last year are now becoming encased in policies, practices, and laws. Take digital contact tracing.

Historically contact tracing has been about asking infecting people to recount those they have been in close physical contact with to determine whether those people (and the people they have been in contact with) need to be tested and/or quarantined. It's a process that is difficult and easily inaccurate. A typical example is tracking people who have shared a plane ride with an infected person.

More recently, there's been plenty of proposals for contact-tracing Apps that build a memory of proximity contacts by virtue of two phones being in close proximity to each other. Apple and Google have announced they will be launching a comprehensive solution that includes application programming interfaces (APIs) and operating system-level technology to assist in enabling contact tracing. Given the urgent need, the plan is to implement this solution in two steps while maintaining strong protections around user privacy.

In May, both companies will release APIs that enable interoperability between Android and iOS devices using apps from public health authorities. These official apps will be available for users to download via their respective app stores.

Then, in the coming months, Apple and Google will work to enable a broader Bluetooth-based contact tracing platform by building this functionality into the underlying platforms. They consider this "a more robust solution than an API and would allow more individuals to participate, if they choose to opt-in, as well as enable interaction with a broader ecosystem of apps and government health authorities.

It's worth noting that the users' location is not recorded in the creation of this particular App, just that the users are sufficiently close together to create a risk of infection.

What's the Efficacy of These Apps?

I spoke to Anne Van Rossum, founder of a Crownstone, a company that uses Bluetooth Low Energy positioning in a range of smart home devices.

"According to the spec, an (infected) user is represented by a bunch of 15-minute keys. These keys are uploaded to and distributed by authorized healthcare entities. The devices will scan for other devices every 5 minutes (it doesn't say for how long: the duty cycle is not defined). Each day it will have an aggregated value of 'contact duration' in increments of 5 minutes according to the code comments in an API draft."

Research by the Center for Global Development revealed that Asian countries have gone the farthest in their contact tracing efforts. They've built upon systems and tools developed in the aftermath of dealing with earlier SARS and MERS. These rely on a combination of on-the-ground detective work and the use of invasive digital tools to track people's movements.

For example in South Korea, the government obtains information from a variety of sources including CCTV footage, cellphone records, and credit card receipts of "confirmed COVID-19 patients." These are used to post "the precise movements (without names) of everyone who tested positive — everything from the seat numbers they occupied in movie theaters to the restaurants where they stopped for lunch."

In China, citizens are required to obtain a public health QR code via WeChat by entering their name, national identity number, and registering with facial recognition. The code is shown at checkpoints, including entries to train stations with temperatures checked. Those with a green code can move freely. People with yellow or red codes must quarantine themselves or undergo medical supervision. Over 200 cities in China are using the system. 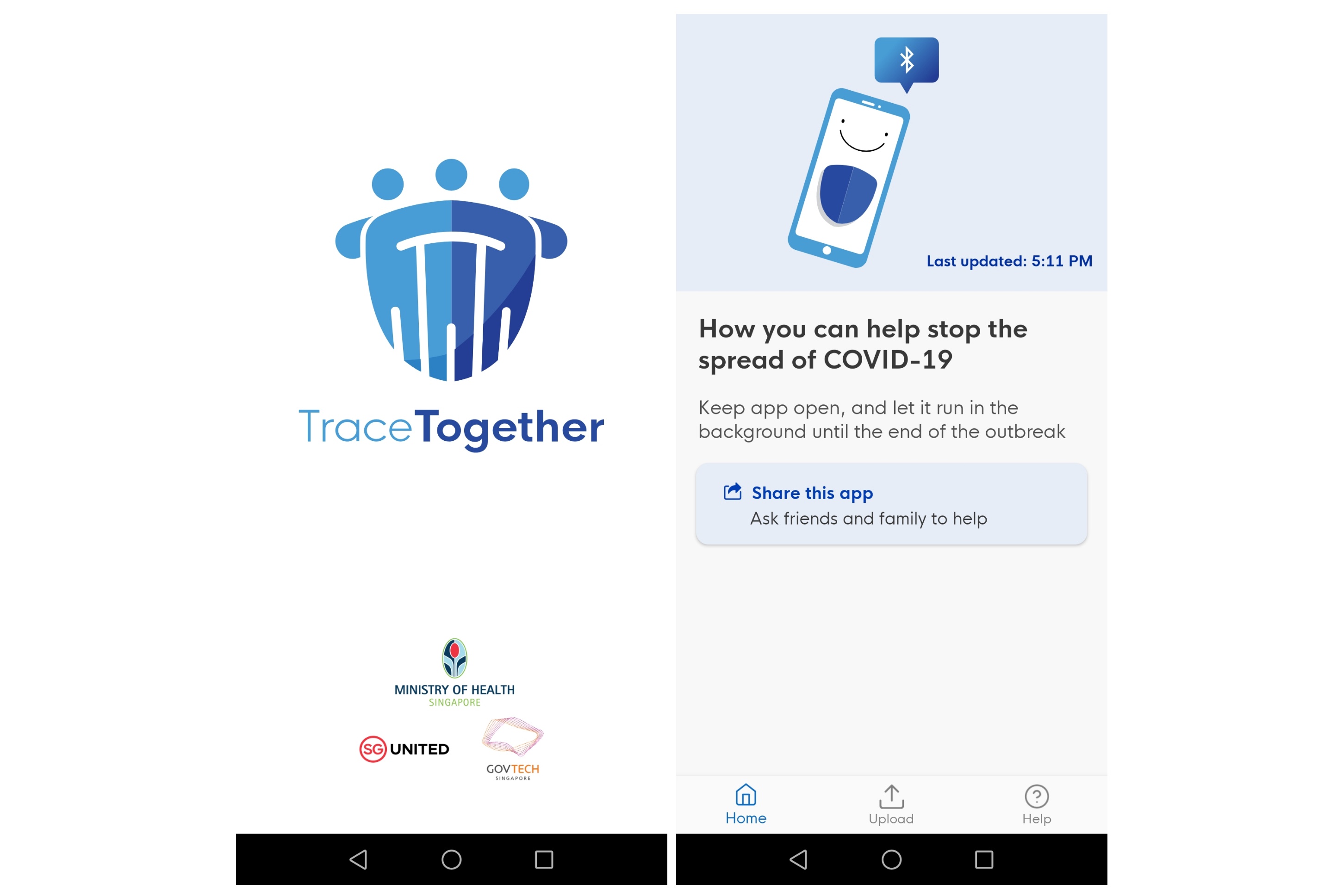 Researchers note that Singapore's contract tracing App TraceTogether allows the Ministry of Health to determine anyone logged to be near them; a human contact tracer can then call those contacts and determine appropriate follow-up actions. They also contend that while App protects the privacy of users from each other, it has serious privacy concerns with respect to the government's access to the data.

Australia: An Opportunity for Surveillance Spread?

My home country Australia has a curious spread of wariness and zeal when it comes to the government response to tracing. Politicians in the Federal governing party are refusing to use the official (voluntary) COVID-19 contact tracing App.

The App will register contact with two phones if their owners spend 15 minutes within 1.5 meters of each other. If a person with the App subsequently tests positive for COVID-19, they can register that in the App, and the information will be immediately provided to public health officials. People who came into close contact with the confirmed case can then be alerted.

The Prime Minister says at least 40 percent of Australians would have to download the App for it to be effective – a significant market penetration for a mobile phone app. The Singaporean version, on which Australia's will be modeled, has reportedly been downloaded by only 1 in 6 people (about 1m individuals).

But in the already conservative law and order heavy state of Western Australia it’s another story. They recently passed the newly created . Within this the state gives itself the power to install surveillance devices in homes, or compel people to wear them, to ensure that those required to isolate during the coronavirus crisis don’t interact with the community.

Police have charged ten people in Western Australia for refusing to obey directions to self-isolate or quarantine, while three others have been given on-the-spot $1,000 fines. As part of a $91 million package for WA Police, 200 electronic tracking bracelets have been purchased to help enforce quarantine and an extra 100 number plate recognition cameras have been secured.

Automated cameras are planned for regional checkpoints and to monitor people requested to quarantine. You'd be excused for thinking this is a little heavy-handed considering the state has only had 546 confirmed cases and 7 deaths out of over 30,000 people tested.

Surveillance for the Greater Good or the Beginning of Something More?

As the Electronic Frontier Foundation notes,

"Contact tracing applications cannot make up for shortages of effective treatment, personal protective equipment, and rapid testing, among other challenges."

What will be interesting is when and if there will be an off switch for contact tracing. For those recorded as having recovered from COVID-19, what will be the consequences for future employment, travel, and health insurance? Should we distinguish the recovered?

Immunity certificates are under discussion in the US and Europe for people who have recovered from the virus. The issue this raises in the event of future reinfection is anyone's guess, all we know is that we might have to steady ourselves for a new 'new normal'.