week, Intel revealed a new manufacturing technology that was widely reported, from summaries such as this one in Technology Review, titled Intel’s new 3D chip technology may help prolong Moore’s Law to this thoughtful analysis in Next Platform, titled Intel bets heavily on chip stacking for the future of compute.

Two decades of research has delivered a process that allows Intel to build three-dimensional heterogeneous structures combining logic and memory, which effectively stacks a processor’s components. Available in H2 2019 and named Foveros (which, in Greek, means “awesome” or “mighty”), the US chip giant’s goal is to enhance the performance of its core processors and AI chips.

Moore’s Law states that the number of transistors that can be included within a dense integrated circuit doubles approximately every two years. Gordon Moore made the forecast in 1975 and it has held true so far, used within the semiconductor industry to guide long-term planning and to set targets. For consumers, the implications of Moore’s Law are the increased power and decreased size of commoditized devices such as smartphones and portable music players.

However, for a while now, experts have predicted that Moore’s Law will eventually fail to be useful as it becomes increasingly difficult to increase the density of transistors on a chip. Intel themselves have previously suggested silicon transistors can only keep shrinking for another five years. But now they think they have the answer in Foveros, as they claim it solves the long-held problem of managed heat dissipation and power delivery as the transistor density increases.

Stacking is already used in system-on-chip production, where a memory package is stacked on top of a processor, but so far it is limited in capability. Intel will use etched silicon in Foveros to allow them to create more interconnections, and it uses thousands of "microbumps" on the chip faces, creating direct face-to-face connections between the stacked parts. 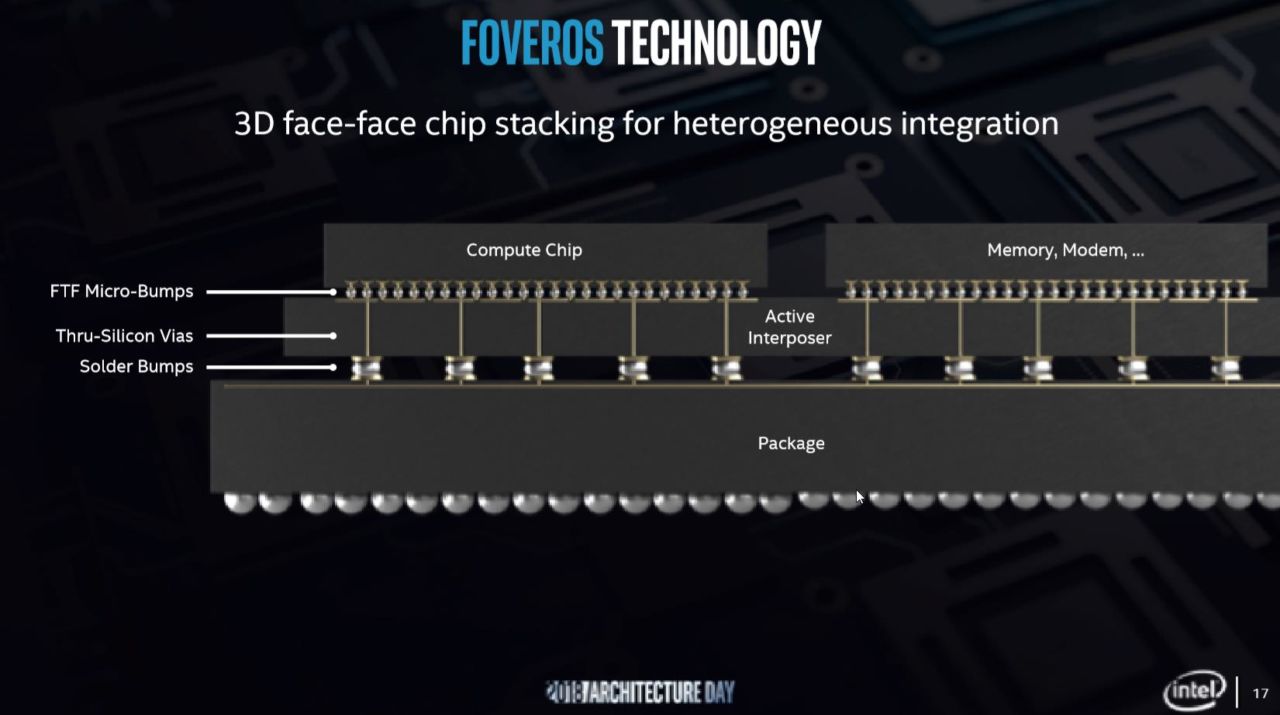 Foveros allows Intel to stack core logic elements like CPU cores on top of other silicon blocks, mixing the blocks to generate a complete system on a chip design in 3D. At their Architecture Day last week, Intel demonstrated a tiny Foveros chip comprised of 5 CPU cores, plus graphics, memory, and IO, all stacked on a single piece of silicon, which was streaming 4K video.

All very cool. It looks like we can’t quite declare the demise of Moore’s Law just yet!