Remember that time when you were a kid and some other kid brought over a new toy to share with you? After a few minutes of playing with the new toy, both of you realized that you were better at playing with the toy than the toy's owner.

The toy owner changed the rules to make it harder on you and easier on them. Then, when you continued to do better, the kid with the new toy, got mad, took the new toy from you and raced home. 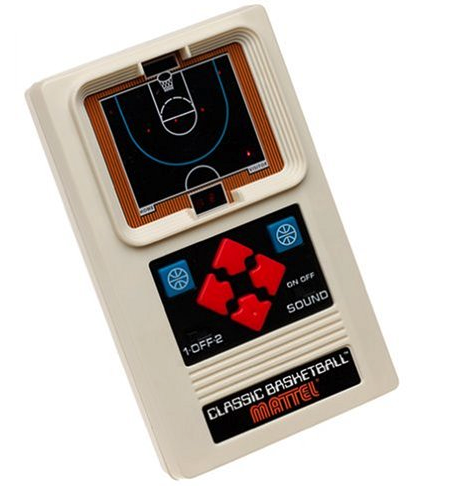 For me, I remember it well — it was the Mattel Classic Basketball game. For some reason, I just had a feel for this handheld video game. I remember doing really well on my first turn (ever) and my friend didn't do near as well as I expected. Then, I took my second turn and did just as well as my first. His second turn, not much better for him, as he got frustrated when the three-ball would not land. Midway into my third turn, the unit was taken from my hands and my friend raced home, starting the game over and playing by himself as he walked away.

Well ... at the corporate age of 40 years old (CEO Larry Ellison is 73), I think that Oracle has reverted back into a child-like state — changing the rules after seeing someone thrive with the Java product they acquired years earlier. I think it's time we took away Oracle's keys and put it into a metaphorical retirement home ... allowing all of us to live peacefully.

On March 28, an appeals court agreed with the Oracle's claim that Google violated copyright laws when the Oracle-owned Java software was used in 2009 to build the popular Android platform. The three-person judicial panel of Federal Circuit judges overturned a 2016 jury that found Google's use of Java was within the fair use doctrine within copyright law, stating:

"There is nothing fair about taking a copyrighted work verbatim and using it for the same purpose and function as the original in a competing platform."

While Google is considering their opens, the financial impact on this ruling could cost Google far above the $9 billion that Oracle was expecting at the time the jury trial favored Google. Oracle bought prior Java-owner (Sun Microsystems) for $7.4 billion back in 2010.

Who Really Loses in this Lawsuit?

When I started learning Java (using version 1.1 of the JDK), there were three reasons that drove my decision:

I don't believe I was the only one who saw these benefits. In fact, I think most users behind the staggering fact that "3 billion devices run Java" have/had this same view. That we can use the JDK to build our contributions to make the world better — using the Java platform that we enjoyed ... without a licensing expectation.

So, with Google losing this lawsuit, we all are losing.

I mean, the team at Google used Java, just like all of us. Instead of building a business application, or some IoT device, they built the Android operating system to establish a solid player in the smartphone industry. They were able to use their solution to first compete against BlackBerry and then battle Apple for dominance in the smartphone market.

What I don't really understand is how the court of appeals was able reach the conclusion that Google used Java to build a competing platform. How does the Android operating system compete with Oracle? Did this court somehow mix up the paperwork from the Microsoft v United States (Netscape) legal battle that lingered for several years?

What Could Happen Next?

If this Oracle-favoring decision stands, there could be further en roads that Oracle could pursue from their established base of JDK users. How confident would your legal counsel feel if your (one out of 3 billion) application was placed under the microscope by this same federal court?

From Google's perspective, writing the check would be one thing, establishing a future direction for Android would be another. Either way, these new costs are likely to find their way to the consumer's pocketbook.

I wonder what similar situations could emerge as a result. Not that the awesome people at Pivotal would do this, but what if they decided to go after a successful implementation of their Spring framework — citing it violated some fair use terms of their licensing agreement?

Oracle Made Their Focus Known

I feel like when Oracle continued pushing this case up the appeals ladder, they made it clear their focus is self-driven and not toward providing software to push technology as a whole forward. Not knowing James Gosling personally, I feel it is safe to wager that his vision for Java is not in line with the vision Oracle currently maintains. That is simply unfortunate — for everyone in technology.

Without Google, most of us would be paying far more for an iPhone (with fewer features) or still clinging to a BlackBerry. I guess the only benefit of that scenario is that I might be pretty good at playing Brick Breaker using the rollerball on my BlackBerry by now.