so, let me begin by saying i’m a bit frustrated, and so this blog post may be one i regret later on, but, i try to be as honest as possible here and right now, i’m kinda ticked off about something and i want to get it off my chest. for a long time now i’ve had an incredible amount of respect for how coldfusion makes it easy to access data from client-side code (or remote servers). as much as i’m digging node.js these days, the fact that i can write up a cfc and get an api that can be used by javascript is pretty darn powerful. this feature has come a long way. when it first came out, the only option for output was wddx. you can now output anything, from wddx, to soap, to xml, plain strings, and of course, json.

in fact, i like this feature so much that i proposed a topic for it at this years coldfusion summit . my session will be an overview of how to generate output for remote consumption and cover everything from the beginning (coldfusion mx and earlier) to the upcoming release (12).

since the beginning of native json support in coldfusion (coldfusion 8), there have been consistent issues with serialization. this all drives from the fact that coldfusion variables are typeless and therefore the server has to (or does it?) make guesses as to how to convert values into json. over the past three releases, i’ve seen multiple bugs, and multiple fixes, and while i had no real proof (more on that in a minute), my gut told me that things had simmered down a bit and that coldfusion 11 had this problem licked.

or so i thought.

turns out bug 3337394 , created nearly three years ago, oh one marked closed and fixed, is still very much an issue for serialization. if you have data in a struct, and it has the string value “no”, coldfusion will convert it to false. here is a sample:

as you can see, the struct is broken, the query works fine. (as reported in the bug itself.)

so…. yeah. in all cases, there are workarounds. but let me ask you this. would you use a database that randomly changed values on you? 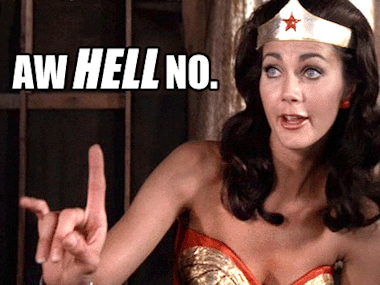 it seems ridiculous that this is still a problem now. it may be incredibly difficult. heck, i won’t pretend to be able to solve it. but here are some suggestions:

p.s. don’t forget you can switch to nadel’s excellent jsonserializer.cfc .

p.s. on top i made the point that coldfusion has to guess at the data type. adam cameron makes a great comment in the bug about this: “you speak good sense peter: it’s inconvenient but understood that cf can’t infer data types in situations like this, so – on that basis – *don’t try*. if you know you can’t do something… don’t then go ahead and try do it anyhow.” given that “no” is a string, don’t convert it. if someone is using no for false in their data, then why not punish them instead of everyone else?

p.s. as i was writing this, it occurred to me that we have other places where things get a bit fuzzy with data. math, for example, breaks down in large numbers. i get that that’s an issue across other languages, and certainly we shouldn’t remove arithmetic from coldfusion because of it, but it just feels like a different domain than what i’m seeing in json serialization.