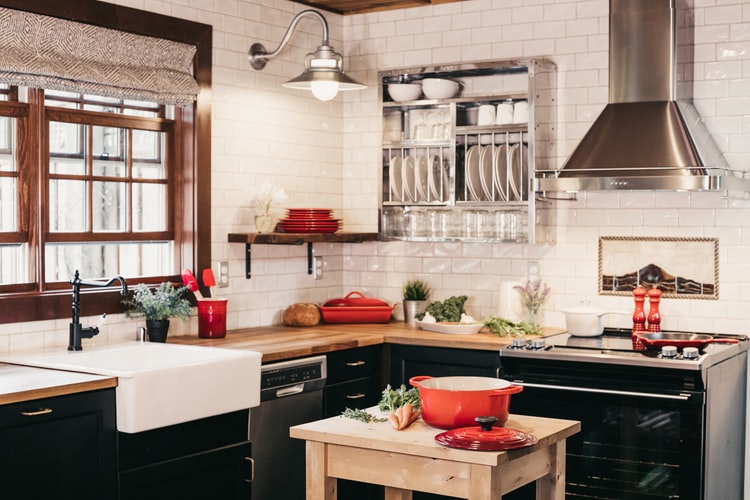 When I think of smart home tech, I like to think of the issue of integration. How does technology integrate with our homes and lifestyles — can it be integrated, or is it for those building from the ground up? What challenges does it aim to solve, and it is life-changing or simply nice to have? Does it respond to changing needs in society or does it lead to change?

You may also like: The Most Common Problems With IoT

Increased urbanization, a reduction in how ownership in many countries, and higher living costs all contribute to smaller homes. I recently visited IFA (Germany's answer to CES), and while there's still plenty of millages dedicated to behemoth flat-screen TVs and fridges almost the size of small cars (more about this in another article), we also see product offerings in response to the challenges of small scale living.

Ki Cordless Kitchen tech is game-changing for small kitchens. Small appliances are powered simply by placing them on magnetic power sources (transmitters) that are built into a counter, cooktop (hob), or table. These appliances do not need the power cords that would otherwise be draped across a counter or table and plugged into an outlet. Under the Ki Cordless Kitchen standard, virtually any type of kitchen appliance can be made cordless. Examples include mixers, juicers, kettles, rice cookers, bread makers, coffee makers, wine bottle chillers, slow cookers, griddles, toasters, and deep fryers.

Power to an appliance is provided by inductive power transfer, in which a permanently-mounted transmitter draws power from the mains or household power and transfers it using magnetic induction to the appliance. The power is then converted within the appliance back into electrical power or heat for cooking.

Communication between the Ki Cordless Kitchen appliance and transmitter is based on NFC and begins as soon as the appliance is placed on the transmitter. The concept is the same as the Qi wireless charging standard that powers mobile phones. While Qi uses small coils and is limited to 14 watts, Ki coils can go up to 2.2 kilowatts (2,200 watts).

A Ki Cordless Kitchen transmitter can be installed in almost any flat surface including wood and marble surfaces, and appliances could even be cooked directly onto a retrofitted dining table. The transmission has the ability to distinguish between Ki Cordless Kitchen appliances and other objects that should not be inadvertently heated, such as keys, phones, bank cards, or other items.

Unlike traditional kitchen appliances, Ki Cordless Kitchen appliances are intelligent: They communicate with the transmitter to ensure that the amount of power received remains within the limits of the appliance and according to input from the user.

User controls can also be added to Ki Cordless Kitchen pots and pans, providing an alternative to traditional cooktop controls. Cookware can be designed to be programmed by a smartphone app to specify temperature and timing taken directly from recipes, a big departure from analog heat controls on the cooktop.

Ki Cordless Kitchen appliances are required to operate at efficiencies greater than 90 percent of equivalent appliances that use power cords. The difference in usable power is negligible and is unlikely to be noticed in daily usage. Existing kitchens can use Ki Cordless Kitchen appliances too, as counters and furniture may be retrofitted with transmitters, in many cases installing them directly beneath the surface, making smart kitchen tech accessible to even those in small spaces with limited means.

While the products aren't yet on the market, the WPC has a membership of over 500 companies including Bosch, Hitachi, De'Longhi, and Pansonic, it won't be long until we see the technology rolled out across consumer tech not only in the kitchen, and showcased at future trade shows.

The Most Common Problems With IoT

6 Challenges With Smart Home App Development, And How to Solve Them